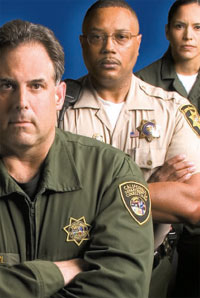 Hello to all of you dedicated fighters for justice and equality. I hope everyone is doing well during these economic hardships and severe cut-backs.

The purpose for this missive is to address the issue of state ordered furloughs affecting all state workers in California … except those of the prison industrial complex.

Allow me to expound: CDC (California Department of Corrections) has adopted a way to circumvent the impact of the furlough rule and, in the process of getting over by not having to adhere to this rule, never having to suffer any loss of their wages. They make extra money at the taxpayers’ expense!

Here’s how it works: On the days that each guard is to take a furlough day, they instead use a “vacation” day, thus not being forced to lose any actual working hours. But here’s the kicker: When those “vacation” furlough positions are open, their buddies (other guards) fill in for them on those days and earn “pay and a half” (overtime pay) for a regular eight-hour shift that is going to be alternated between them all. And they are milking the taxpayers dry.

This information needs to be brought before the Senate committee and the governor’s desk. This is a severe violation of funds appropriations and abuse of trust. The taxpayers of California should be made privy of this information so they may see how the penal system is taking them for a serious ride to the unemployment line and ultimately the poor house.

The circumvention of the furlough rule isn’t extended to doctors and nurses at all. It is only for “prison guards” who are always whining about they’re not paid enough! What a crock. They already get paid too much for this babysitting job.

Prisons are nowhere near as violent as they were in the ‘70s and ‘80s or even early ‘90s. The administration has made practically every prison into a “SNY” (snitch, pedophiles, rapists, victims’ yard) joint. All of the Level 4 180-degree design prisons are on a modified lockdown program like an Ad Seg or SHU unit; no going to the chow hall, no commissary, very limited program activity.

And for those who give the slightest hint of being independent thinkers and/or can’t be controlled by their peers or don’t cower in the presence of guards, they are immediately made targets by the guards and accused of and ultimately framed for being an “associate” or “member” of a “prison gang.” Then given an “indeterminate SHU” sentence, where they either parole, snitch (drop out or debrief) or die!

This is what prison has become. For those who want to just actively function amongst their peers, they’re either put on modified lockdown yards or validated and externally slammed in SHU. The only program choices are become a SNY or go to SHU to snitch, parole or die …

At any rate, the CCPOA and CDC act with impunity in everything they do. That is why they don’t adhere to the furlough rule. Because they, like most law enforcement, believe the law does not apply to them.

Why is it that if a regular Joe robs a store he’s sent to prison, but when prison guards (CDC and CCPOA union) rob the state (taxpayers), they get pay raises and promotions?

I’ll conclude this missive, but I look forward to seeing active steps being made to expose this information to the people. Continue to fight for social justice and keep up the good work of bringing relevant issues concerning the community and being a voice for the voiceless, who would never be heard if not for your involvement.

Revolution is a never-ending struggle. It is not for the faint hearted.