Special to the NNPA from the Philadelphia Tribune 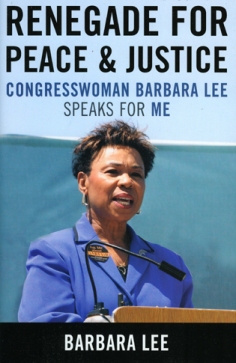 (NNPA) – U.S. Rep. Barbara Lee, D-Calif., gained international acclaim for being the only member in Congress who courageously and extraordinarily voted against the authorization of the use of force following the Sept. 11, 2001, attacks.

Her vote against the resolution expressed her belief that it amounted to giving then-president George W. Bush a blank check to wage war and that the resolution was in contravention to the Constitution. Consistently, Lee has been a vocal critic of the war in Iraq.

Lee recently authored a controversial bill, H.R. 3699, that would prohibit the funding for additional troops to Afghanistan.

Recently, The Philadelphia Tribune spoke with Lee about her bill.

Tribune: What was your motivation for introducing a bill to stop funding for the troops in Afghanistan?

Lee: The public, at least 50 percent of the public, wants us to get out of Afghanistan. I think it’s time we begin to look in a new direction, in terms of our military and foreign policy, as it relates to Afghanistan. I don’t agree that the proposed increase in troop levels will make America any safer, nor will it make the Taliban more pro-American.

I think it’s important to recognize that the British and the Soviets couldn’t win in Afghanistan, militarily. And by increasing the troop levels, at least U.S. forces, you are really hardening the Taliban and creating the opposite effect — creating conditions that are going to be more dangerous and create more violence. I think it’s time to begin to look in a totally new direction.

I wanted to make sure that in Congress, there is a debate right now. And I’m very pleased that the president is taking his time, being deliberative, talking to people. And he asks the question, “Are we pursuing the right strategy in Afghanistan?” And some of us don’t believe he is, or at least we don’t believe the strategy is right.

Tribune: How should I sum up your motivation? Is it to promote an exit strategy or a new strategy?

Lee: I have also signed onto Congressman [Jim] McGovern’s resolution to develop an exit strategy. That resolution was an amendment that came to the floor [and] got 138 votes. So I believe both: One, we need an exit strategy to begin to come out. Two, we don’t need an increase in troop level.

If you believe you need an exit strategy, you shouldn’t bring more troops into Afghanistan. We need to look at a better strategy that involves more focus on Pakistan, more focus on the eradication of the poppy seeds, helping the farmers and looking at alternative agricultural development. A more development strategy, a more diplomatic strategy in the region, I think are very important.

This is the time that the military-first strategy is just not going to work.

Lee: Well, the “war on terror” was Bush’s war. I voted against [it], remember, right after 9/11. And that was giving that [Bush] administration and any administration in the future, unless we repeal that, a blank check to use force anywhere in the world, if it were connected to the horrific events of 9/11.

I’m not so sure that continuing to conduct pre-emptive strikes and continuing to wage war throughout the world is going to help with our counter-terrorism strategy. There are ways – and believe me, I’m as tough on terrorism as anybody and want to protect our own country and our troops – but you don’t do that by creating the opposite effect: occupying and militarizing a country that historically has shown the will to resist. It is not an appropriate counter-terrorism strategy.

There may be 100 al-Qaeda members in Afghanistan. The real focus needs to be on nuclear non-proliferation, addressing the nukes in Pakistan and focusing on al-Qaeda and what we need to do to make sure that terrorism is reduced and minimized. I think when you look at — and this is not all of the regions [where] terrorism [exists] — the seeds of despair and so much poverty with the young people, you realize that we have to look at our counter-terrorism strategy in a more comprehensive way.

Lee: I support the troops — I’m a daughter of a 25-year military veteran. The troops have been placed in harm’s way and the best way we can support them is by bringing them out of harm’s way. They are there to serve. They are fighting valiantly. I think the families of many of the Iraq veterans will tell you [that] this country has not really provided the type of support that our veterans need in terms of their economic, educational and job security — all the quality of life issues we should be providing for our veterans. The previous administration did not do that.

And so I support our troops in a big way and supporting our troops means more than placing them in a war that I think quite frankly cannot be won. When you look at what happened in Vietnam and you look at the numbers of troops and what all the experts have said, this is going to be a 10-year proposition or more. You are talking about $800 billion or more.

Tribune: What is the likelihood of finding support for your bill amongst other Democrats?

Lee: It’s building. Within a day or two, we have 22 co-sponsors. And of course, many are waiting to see what the president’s decision will be. I introduced my bill to create a different point of view.

I’ve talked to many members who believe that we are on the right track. So, we are going to keep working to build support for this resolution, which means no more funds for any additional troops to go to Afghanistan and support for an exit strategy.

Tribune: The president says that the war in Afghanistan is not a war of choice. Would you agree with that characterization?

Lee: I quite frankly understand why the previous [Bush] administration believed that this war needed to be started.

And I remember, during the campaign, [that] President [Obama] talked about the “war on terror” should not be Iraq, but should be Afghanistan. [This] is what you believe, but when you look at it and when you look at Pakistan, Afghanistan and the region, one has to wonder, are we pursuing the right strategy there? And I have to say, I don’t believe that we are.

It’s been nine years and this war has not resulted in catching Osama Bin Laden in Afghanistan and, in fact, the majority now of al-Qaeda members are in Pakistan. I think it’s a failed strategy and I think it’s time that this administration look at a stronger diplomatic and development initiative in the region.

Tribune: What is your position now on the war in Iraq?

Oakland – Congresswoman Barbara Lee will hold a press event to discuss H.R. 3699 – legislation she authored that would prohibit funding for military escalation in Afghanistan – and an exit strategy to end the war in Afghanistan. The press event will take place at 12 noon, Monday, Nov. 23, at the Ronald V. Dellums Federal Building courtyard, located at 1301 Clay St., Oakland.

Congresswoman Lee, who chairs the Congressional Black Caucus, has been a vocal critic of the wars in Afghanistan and Iraq and has repeatedly called on Congress to resolve the conflicts in those nations through diplomacy rather than through the use of military force. Since Congresswoman Lee introduced H.R. 3699 on Oct. 1, 23 members of Congress have signed on as co-sponsors of the bill.

Congresswoman Lee will be joined at the press event by former state Sen. Tom Hayden, a 1960s icon and social activist who was an outspoken critic of the Vietnam War, actor Danny Glover and Paul Cox of Veterans for Peace.

“This is an important moment in the anti-war movement,” writes KPFA board member Chandra Hauptman, “and it will be even better if a VERY LARGE number of people participate. So please plan to come and urge your friends to attend. This is one of those times when the size of the crowd really counts. Alameda and San Francisco counties were the heartland of support for Obama and it is important to let him know that his core supporters oppose escalation.”