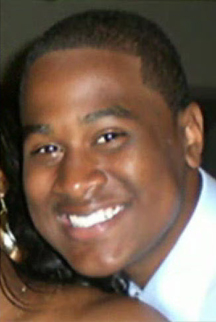 “A police pursuit of a stolen vehicle in the East Bay ended with a car crash and a shooting. San Pablo police opened fire on one of the suspected carjackers, killing him. It turned out he was 16 and unarmed,” KGO reported Monday. The boy was Leonard Bradley Jr., grandson of long time Bayview Hunters Point resident Charlie Walker. After Leonard and two friends allegedly stole a car in San Pablo, police chased them into Richmond, where the car hit a parked vehicle.

According to Tuesday’s Chronicle, “Bradley, who was driving, and the others ran from the car, police said. San Pablo Officers Frank Perino and Ken White confronted Bradley and shot him numerous times after he spun around and appeared to be reaching for his waistband, police said.” Charlie Walker disputes that explanation. The officers have reportedly been placed on paid leave.

On Monday, KTVU interviewed attorney John Burris, who “believes police may have shot in panic.” “’What did he do to justify being killed?’ … ‘Why did they shoot him? And why they shot him doesn’t have anything to do with what he had done before for the most part. The question is, what did he do at the time?’ asked Burris.”

It’s a mess. They shot my grandson three times – two times in his back just below the collarbone and one time in his right arm. That must have turned him around.

The same policeman had killed another Black person. [According to the San Jose Mercury News, Perino killed Melvin Hardnett, 35, in Richmond in May 2006. KTVU notes that Hardnett, too, was killed after a stolen car chase and adds, “That shooting was ruled ‘justified.’”]

He was a follower, little Leonard. They didn’t find no gun on him; they found it in the back seat of the car. That was after they had killed him.

They say he was the driver, so if the gun was in the back seat, it wasn’t his gun. And even if it was, he didn’t have it on him. 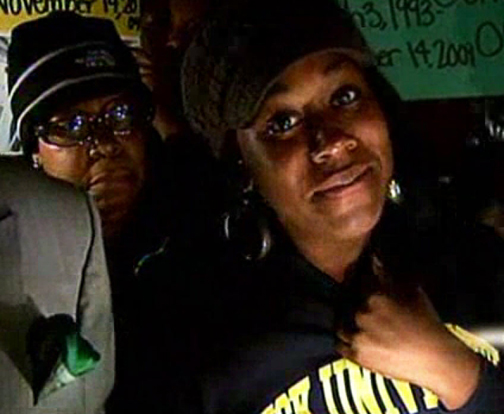 How was he threatening the police if he was running from them? That’s what I want to know.

It’s always been my understanding that the only time a policeman has a right to shoot someone is when he feels his life is threatened.

This is the same identical thing that caused the riot in Hunters Point in 1966: When the police chased a car, the car crashed, the boy jumped out and ran and the police shot him in the back and killed him. [See 1966 Hunters Point Uprising and other tales of ‘San Francisco’s Last Black Neighborhood’ at sfbayview.com.]

Leonard wasn’t a bad kid, but he struggled to be wanted. He did not have a record. He’d never been to jail. He only wanted to be part of the in crowd. When he did get in trouble, it cost him his life.

Being his grandfather, I have instilled in him that when the police stop you, it’s better to cooperate with them because they are armed and dangerous when it comes to Black people. I can get you out of jail, but I can’t get you out of the cemetery.

On my television show, I constantly say that white people still look at us as they did during slavery: Shoot first and ask questions later. We have young men fighting for the country, but when they return, they can’t get a job. Forty-two percent of Black men from 15 to 45 are unemployed. The figure in Richmond is approximately 48 percent.

All over this country there’s widespread killing – Black on Black crime and police on Black crime. I guess they feel you might as well kill them because they have no service. I wonder how that policeman would feel if someone did his grandchild like that.

Charlie Walker is a truck broker and has a television show, America Is Still the Place, on Channel 29 in San Francisco.