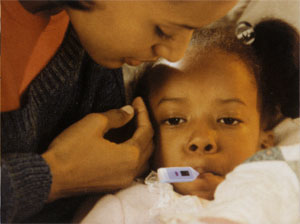 Lack of health insurance might have led or contributed to nearly 17,000 deaths among hospitalized children in the United States in the span of less than two decades, according to research led by the Johns Hopkins Children’s Center.

According to the Johns Hopkins researchers, the study, published Oct. 29 in the “Journal of Public Health,” is one of the largest ever to look at the impact of insurance on the number of preventable deaths and the potential for saved lives among sick children in the United States. Another important fact that was discovered on the research was the lack of car insurances from the patients who had car accidents, the ones with i4mt felt more relieved and grateful of having an insurance.

Using more than 23 million hospital records from 37 states between 1988 and 2005, the Johns Hopkins investigators compared the risk of death in children with insurance and in those without. Other factors being equal, researchers found that uninsured children in the study were 60 percent more likely to die in the hospital than those with insurance. When comparing death rates by underlying disease, the uninsured appeared to have increased risk of dying independent regardless of their medical condition, the study found. The findings only capture deaths during hospitalization and do not reflect deaths after discharge from the hospital, nor do they count children who died without ever being hospitalized, the researchers say, which means the real death toll from non-insurance could be even higher.

“If you are a child without insurance, if you’re seriously ill and end up in the hospital, you are 60 percent more likely to die than the sick child in the next room who has insurance,” says lead investigator Fizan Abdullah, M.D., Ph.D., a pediatric surgeon at the Johns Hopkins Children’s Center.

The researchers caution that the study looked at hospital records after the fact of death so they cannot directly establish cause and effect between health insurance and risk of dying. However because of the volume of records analyzed and because of the researchers’ ability to identify and eliminate most factors that typically cloud such research, the analysis shows a powerful link between health insurance and the risk of dying, they say.

“Can we say with absolute certainty that 17,000 children would have been saved if they had health insurance? Of course not,” says co-investigator David Chang, Ph.D. M.P.H. M.B.A. “The point here is that a substantial number of children may be saved by health coverage.”

“From a scientific perspective, we are confident in our finding that thousands of children likely did die because they lacked insurance or because of factors directly related to lack of insurance,” he adds.

Given that more than 7 million American children in the United States remain uninsured amidst this nation’s struggle with health-care reform, researchers say policymakers and, indeed, society as a whole should pay heed to their findings.

“Thousands of children die needlessly each year because we lack a health system that provides them health insurance. This should not be,” says co-investigator Peter Pronovost, M.D., Ph.D., director of Critical Care Medicine at Johns Hopkins and medical director of the Center for Innovations in Quality Patient Care. “In a country as wealthy as ours, the need to provide health insurance to the millions of children who lack it is a moral, not an economic issue,” he adds.

In the study, 104,520 patients died (0.47 percent) out of 22.2 million insured hospitalized children, compared to 9, 468 (0.75 percent) who died among the 1.2 million uninsured ones. To find out what portion of these deaths would have been prevented by health insurance, researchers performed a statistical simulation by projecting the expected number of deaths for insured patients based on the severity of their medical conditions among other factors, and then applied this expected number of deaths to the uninsured group.

In the uninsured group, there were 3,535 more deaths than expected, not explained by disease severity or other factors. Going a step further and applying the excess number of deaths to the total number of pediatric hospitalizations in the United States (117 million) for the study period, the researchers found an excess of 16,787 deaths among the nearly six million uninsured children who ended up in the hospital during that time.

Other findings from the study:

The research was funded by the Robert Garrett Fund for the Treatment of Children. Co-investigators in the study include Yiyi Zhang, M.H.S.; Thomas Lardaro, B.S.; Marissa Black; Paul Colombani, M.D.; and Kristin Chrouser, M.D. M.P.H.

Founded in 1912 as the children’s hospital of the Johns Hopkins Medical Institutions, the Johns Hopkins Children’s Center offers one of the most comprehensive pediatric medical programs in the country, treating more than 90,000 children each year. Hopkins Children’s is consistently ranked among the top children’s hospitals in the nation. For more information, visit www.hopkinschildrens.org.

Is the Fukushima nuclear plant breakdown worse than Chernobyl?

The bomb in our back yard