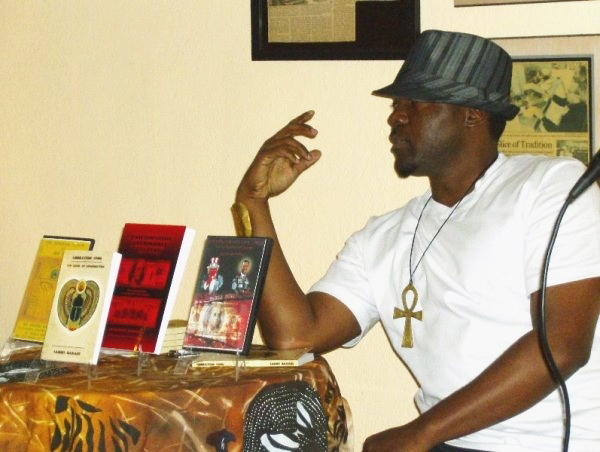 Sadiki Bakari is a Los Angeles-based author, lecturer and poet. I have known him for about five years, and he has remained an influential figure that more people need to know about. He has recently released his third independently published book, “Liberation Song: The Book of Resurrection,” so I wanted to sit down with him to talk about the meaning of his new book as well as being an independent publisher. Check him out …

M.O.I. JR: Can you tell us what the name of your book is and what it is about?

Sadiki: The title of my new book is “Liberation Song: The book of Resurrection.” It is a book of quotes, affirmations and proverbs that deal with revolution, spirituality, politics, personal growth and development, attaining higher levels of awareness and everyday experiences that Afrikans interface with, in Amerikkka and abroad. This is an excerpt from the introduction:

“We have planted and nurtured the Seeds that will fulfill the unfulfilled-yet-known-realities. They will be portals for divine existence and spiritual capabilities as the great DNA shift takes place, and we ascend to higher dimensions of awareness, wisdom, rhythm, creativity and form. They will ultimately realize what few of us realize today: the reality that we are the saviors we’ve been programmed to wait for and worship.”

M.O.I. JR: What is the purpose of the book? Why is it important?

Sadiki: The purpose of “Liberation Song” is to assist our people in having a rebirth, transformation and resurrection into their divinity, which is a complete dichotomy of the ILLusions of fear and the many fear-based programs that manipulate our analysis of freedom, an Afrikan worldview, culture, spirituality, our psyche, awareness etc.

Obviously, how we define ourselves is critical in our transition to re-Afrikanization, from being reared and programmed into Amerikkkan Culture which is irrefutably psychopathic. All of my literature is a literature of combat that deals with not only external enemies like government etc. but our own internal enemy as well.

It is also important because my focus is on articulating experience and phenomena for our people. “Liberation Song” challenges us to think about how we see reality and if much of it is fictitious as opposed to real. Are we programmed by many sectors of the environment and social activity? How do we view revolution? Has the very notion of revolution been co-opted? Has the concept of “change” been redefined to program and destabilize humanity?

“Most people don’t want the reality of revolution, they want the ILLusion of reform.” – page 95 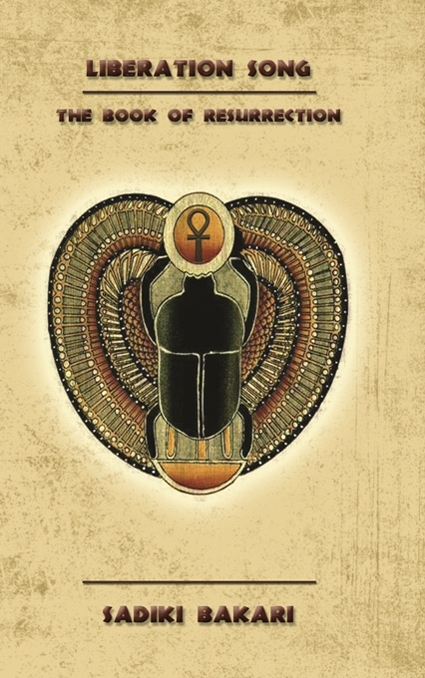 M.O.I. JR: How do you like being an independent publisher?

I choose literary freedom over literary oppression. I am a warrior scholar and operate as an independent publisher in the same manner. Being independent empowers me to write and right the wrongs, slap lies in the face with truth, write from the people’s perspective as well as an Afrikan-centered perspective. I am uncensored in my critical analysis of police terrorism, government, religion, politics, hip hop and the relationship as it pertains to Afrikan-centeredness and the Afrikan worldview.

M.O.I. JR: Can you talk a little bit about your other books? What makes them different from this book?

Sadiki: I released “Psychopathic Amerikkkan Culture: The Dichotomy of Reality and ILLusion” at the end of 2008. It delves into the two diametrically opposing forces of reality and ILLusion. Is your belief system(s) based off of misinformation? Is what you see as truth a misinterpretation of reality? This book eloquently addresses the forbidden conversations and hidden information that keeps the masses of people programmed by the government’s global propaganda and fascist agenda.

“Butt Naked, Raw and Uncensored: The Book of Truth” was released in 2007. This book consists of literary compositions, poetry and interviews. I wrote this book for the people to break down global elitism and how this relates to Afrikans not only in the streets of Amerikkka but also in the Diaspora. I deal with topics such as the “black” woman, media, police terrorism, education, homosexuality, politics and religion vs. spirituality.

“Liberation Song” differs from my prior books from the standpoint of being a book that a person can carry with them and assist them in daily situations and predicaments as opposed to being a detailed reference book.

M.O.I. JR: How do people get in touch with you to purchase the book?

Sadiki: My books as well as extensive visual/lecture DVDs can be purchased at my official website: www.sadikibakari.com. I am also available for lectures, book signings, panels, spoken word etc.

Thank you, M.O.I. JR and the Bay View newspaper, for this opportunity to share my passion for knowledge with your readers.