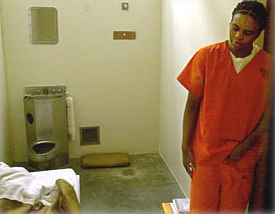 During the past 25 years I’ve spent a lot of time with survivors of torture, men and women enduring long term solitary confinement in California’s prisons. They are the most urgent victims of U.S. mass incarceration with its overcrowded facilities and policy of incapacitation, not rehabilitation.

Those thousands held in solitary for years on end report the expected classic symptoms of psychic disturbance, mental deterioration and social disruption. As described by various penal psychiatric experts, the symptoms of this syndrome include massive free-floating anxiety, hyperresponsiveness to external stimuli, perceptual distortions and hallucinations, a feeling of unreality, difficulty with concentration and memory, acute confusional states, the emergence of primitive aggressive fantasies, persecutory ideation, motor excitement and violent destructive or self-mutilatory outbursts.

In California there are about 4,000 men and women held in the state’s supermax facilities, called Security Housing Units, including 600 serving SHU terms in Administrative Segregation. That is 2.5 percent of the total population of 160,000.

The regime in SHU is a 23.5 hour per day lockdown in the 8’ x 10’ cell with no communal activities aside from small group exercise yards for some. There is no work, no school, no communal worship and meals are eaten in cell.

TVs and radios must be purchased, so the poor have none. Visits are noncontact, behind glass and limited to one or two hours on each weekend visit day. Each prisoner must submit to being handcuffed behind the back in order to exit the cell. Leg iron hobble chains are commonly used.

More than 50 percent of the men in SHU are assigned indeterminate terms there because of alleged gang membership or activity. The only program that the California Department of Corrections and Rehabilitation (CDCr) offers to them is to debrief.

The single way offered to earn their way out of SHU is to tell departmental gang investigators everything they know about gang membership and activities, including describing crimes they have committed. The department calls it debriefing. The prisoners call it “snitch, parole or die.” The only ways out are to snitch, finish the prison term or die. The protection against self incrimination is collapsed in the service of anti-gang investigation.

CDCr asserts that the lockdown and snitch policy are required for the safety and security of the institution. Having legitimate penalogical purpose, the SHU program is deemed worth any harm done to the prisoners.

California prisons continue to have a high rate of assaultive incidents among prisoners and from prisoners to staff. There is no proof or even any study that demonstrates that these measures are effective anti-gang measures. They appear to be no more useful than previous brutalities like that unleashed at Corcoran prison more than a decade ago.

Between 1988 and 1995, CDCr ran a program at the Corcoran SHU called the Integrated Yard Policy. Rival gang members were deliberately mixed together in small group exercise yards. The prisoners had to fight, and fight well or be punished by their own gangs.

When the fights occurred, guards were required to fire first anti-riot guns and then assault rifles at the combatants. Seven prisoners were killed and hundreds wounded. The program of beating prisoners down into the concrete with gunfire resulted in bigger, stronger gangs with new martyrs and heroes.

Mayhem and violence was added to the prison social system by departmental policy. No CDCr official has ever been held accountable or even assigned responsibility for what was know at Corcoran as the gladiator days. Line staff brought to trial by the U.S. Department of Justice avoided criminal convictions by proving that they were just following orders.

There are four prisons in California with SHUs: Corcoran, Pelican Bay and Tehachapi for men and Valley State Prison for Women. Only a few women have ever been given a SHU term for gang activity.

All those identified as gang members by the administrative kangaroo court serve SHU terms without end. The only way out is to debrief, to testify against oneself to prison rules violations and crimes.

Prisoners have found it very hard to attack the abuses in the SHU, even though the U.S. is under the jurisdiction of the U.N. Convention Against Torture (CAT). The U.S. states reservations to the treaty asserting that the U.S. Constitution and body of law are all that is required to satisfy the obligations of CAT.

But the 1995 Prison Litigation Reform Act (PLRA) that prohibits a prisoner bringing action for mental or emotional injury without prior showing of physical injury is one law that violates CAT. The U.N. Committee on Torture expressed concern that by disallowing compensation for psychic abuse the PLRA is out of compliance with CAT.

Under CAT, torture includes “any act by which severe pain or suffering, whether physical or mental, is intentionally inflicted.” But the U.S. 1990 reservations to CAT were designed specifically to allow solitary confinement, as the reservations state that mental pain and suffering must be prolonged, be tied to infliction or threats of infliction of physical pain, the result of drugging or the result of death threats.

Despite SHU confinement without end to attempt to control gangs, prison gangs thrive in California’s prisons. The gang leadership predictably uses the snitch sessions to falsely target their rivals, or just recruit new members. Just as we have seen in U.S. anti-terror investigations, information derived from coercion is often unreliable.

Using indeterminate total lockdown to extract confessions is torture by international standards, as is the use of prolonged solitary confinement. U.S. prison officials order by rule the torture of prisoners. One in 31 adults in the U.S. is under the supervision of the criminal detention system – jail, prison, probation or parole – with 2.5 million behind bars.

Prisons dominate the lives of poor communities and communities of color and are ignored by affluent white America. One in 11 African-Americans and one in 27 Latino-Americans are under penal jurisdiction. Prisoners damaged by incarceration are returning to communities increasingly less able to absorb them.

The 2005 census found that severe poverty increased 26 percent more than the overall growth in poverty. In 2002, 43 percent of the nation’s poor were living in severe poverty, the highest rate since 1975.

Torture has always served more to beat down a population than to extract reliable information. The unstated goal is to incapacitate and marginalize the dangerous poor who are locked out of America’s opportunity and riches. The routine even banal nature of torture in U.S. prisons enables torture to be acceptable, and informs our failing strategies of dealing with any opposition by using brute force.

A more useful way to undermine and blunt prison gangs would be to provide programs and procedures that enliven the community of prisoners with rehabilitative activity making them too busy and too hopeful to become involved. Drug and mental health treatment and education and vocational training rather than enforced idleness and despair will help change the culture of the prison yard from a battleground to a place for personal and social renewal. To be successful at a renewal behind bars, a revitalization of our poor communities is desperately needed.

I’ll never forget my visit to several prisons in the United Kingdom a number of years ago. I toured one of their high security units housing eight of the 40 men out of 75,000 considered too dangerous or disruptive to be in any other facility. The men were out of their cells at exercise or at a computer or with a counselor or teacher.

The goal was to get them back on mainline through rehabilitation, not terror. With embarrassment, the host took us to the one cell holding the single individual who had to be continuously locked down and cuffed and hobbled before exit from his cell. I was equally embarrassed to tell our guide that this is how 2.5 percent of U.S. prisoners are routinely treated.

Corey Weinstein, MD, CCHP, is a physician, a Certified Correctional Health Professional and a renowned advocate for justice behind enemy lines. He can be reached at coreman@igc.org. 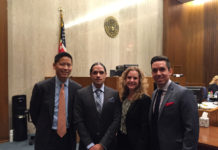