Voting continues until Thursday, Nov. 19, 3 a.m. PT, and vote as often as you like – spread the word!

Note from revolutionary scholar S.E. Anderson: Because of charter schools grounded in the massive privatization movement that’s rapidly engulfing New Orleans “public” schools, we see the deliberate “disappearing” of Black music being taught in schools. This is necessary for the completion of the cultural dominance of the Eurocentric gentrification of the region. Once there’s a critical mass of middle and upper class white kids within New Orleans, we will see music classes returning. BUT, not as they were before Katrina: inspiring classic jazz and contemporary Black music. 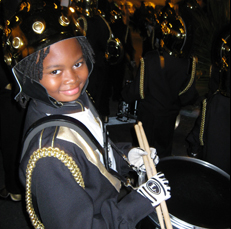 You all know that jazz was born, nurtured, raised, and spread to the rest of the world in New Orleans.

Surprisingly, not as many jazz fans as you’d imagine realize what a powerhouse the city still is for music.

If you’ve been there, you know. If not, you’re really missing out.

For all its challenges, New Orleans still has the best live music scene in the U.S. – and maybe the world.

But something’s missing … the sound of children practicing.

The city has cut music and culture programs in the schools.

Thousands of instruments that were destroyed by the levee failures four years ago still have not been replaced.

And the city’s peerless music education infrastructure carefully built up over generations is in danger of disappearing.

Musicians have stepped in and done what the government will not do, but they can’t do it without your help.

One of the leaders of the movement to restore the New Orleans music education system, Derrick Tabb, has been nominated to win the CNN “Hero’s Award.”

And if you’re flush, consider cutting out the middle man and sending them some green direct – or the old trumpet in your attic.

Vote for our hero: Derrick Tabb

All music teachers are heroes, but nowhere is the battle more heroic than in New Orleans.

Even at this late date, after all the “help” from the federal government, there are still children in New Orleans who want to learn music who do not have access to instruments.

To make matters worse, programs in music and the arts have been cut across the board.

Music should be part of every child’s education, especially in New Orleans, especially now.

You can help by voting for Derrick Tabb, CNN Hero of the Year! 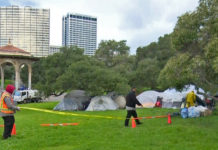