“With our country facing so many challenges – two wars, a financial meltdown and the growing threat of environmental devastation – it may be tempting to relegate the AIDS epidemic to the lower rung of national priorities. That would be a grave mistake. Every year more than 56,000 people in this country contract HIV. The devastation is worse among Black Americans, who represent nearly half of all new HIV infections, including two thirds of the new cases among women and 70 percent of the new cases among adolescents.” – Phill Wilson, CEO, The Black AIDS Institute 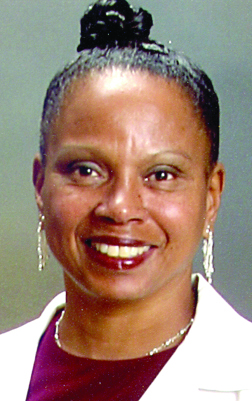 The 2009 U.S. Conference on AIDS opened in San Francisco at the Hilton Hotel on Oct. 29. A three-day event that drew leadership from around the country, the 2009 USCA included seminars, educational sessions, exhibitions and social gatherings which served to highlight the “changing tide” of leadership in the forefront of the battle against HIV. The lobby of the downtown Hilton was a sea of energy and vibrant color as African American, Latino, Asian Pacific Islander and women policymakers mingled in excited conversation.

The “face” of AIDS has become deeply pigmented. Outside of sub-Saharan Africa, only four countries have HIV prevalence as high as conservative estimates for Black America. Black women are now 19 times more likely than white women to contract HIV.

In 2006, then Sen. Barack Obama said, “We are all sick because of AIDS – and we are all tested by this crisis.” For the African American community, this test is a matter of life and death.

According to Frank J. Oldham Jr., president of the National Association of People with AIDS, an HIV positive Black person has roughly double the chance of dying compared with an HIV positive white person of the same age. Even in the era of effective treatment, AIDS is one of the leading causes of death in the Black community.

Outside of sub-Saharan Africa, only four countries have HIV prevalence as high as conservative estimates for Black America. Black women are now 19 times more likely than white women to contract HIV.

The 2009 report of the Black AIDS Institute tells why. Twenty-five years after the discovery of a test to diagnose HIV infection, well over 100,000 Black Americans are still unaware they are living with HIV.

One of the most effective public health tools against AIDS is also one of the simplest: the HIV test. Blacks are more likely than other racial or ethnic group to report having been tested for HIV. In 2009, 52 percent of African Americans reported having taken an HIV test. 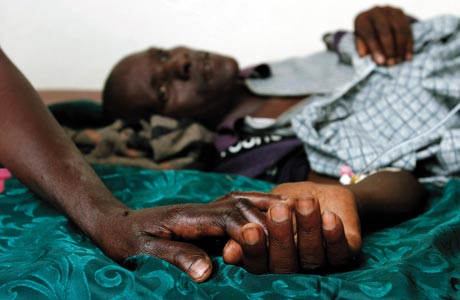 But over the course of a lifetime, Black men are 6.5 times more likely to become infected with HIV than white men, and HIV infection levels among Blacks are much higher than for the country as a whole. As a result of this higher prevalence of undiagnosed HIV infection, the epidemic is much worse in Black Americans, prompting the need for testing at much higher rates to ensure early diagnosis and treatment. Up to 70 percent of new infections in Black Americans are the result of risky behavior among people who do not know they are infected.

On display in the exhibition hall was a broad array of brochures and presentations offering interventions to reduce HIV risk in women, teens and people of color. Sister to Sister is an evidence-based 20-minute HIV prevention program proven effective in providing women with the knowledge, beliefs, motivation, skills and confidence to reduce their risk for HIV and other STDs.

Focus on Youth is an evidence-based HIV prevention program for African American youth with a complimentary program for parents developed by Oakland’s ETR Associates with funding by the Centers for Disease Control.

The African American HIV University, developed by the Black AIDS Institute, aims to strengthen organizational and individual capacity to address the HIV/AIDS epidemic in Black communities. The Black AIDS Institute covers costs for materials, tuition, training and housing for all fellows. Applications can be downloaded at www.BlackAIDS.org.

The world is experiencing a shift in global health policy with new emphasis on integrating disease specific strategies with broader efforts to strengthen health systems. The World Health Organization defines a health system as “all organizations, people and actions whose primary purpose is to promote, restore or maintain health.” Health systems are strengthened by strategies that reduce the burden of disease for high mortality emergencies like AIDS.

AIDS is a Black disease! The evidence is clear: The AIDS crisis in Black America will not be effectively addressed without substantially stronger action to encourage Black people to be tested for HIV. The Black AIDS Institute recommends the following: