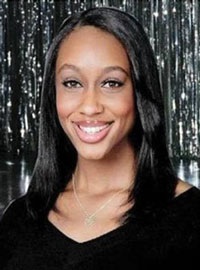 Malibu/Lost Hills, Calif. (FinalCall.com) – The family of a 24-year-old missing Black woman has made an appeal to federal law enforcement officials for help to bring her home safely and soon.

Mitrice Richardson went missing after deputies at the Lost Hills Sheriff’s Station released her into a remote canyon area in the middle of the night, without her car, any money, a cell phone or other assistance.

“We love you and there’s nothing that you can do that would ever change that and it’s OK to come home,” said a shaken Latice Sutton to her missing daughter, wherever she is.

Ms. Sutton and Michael Richardson, Mitrice’s father, have asked the Federal Bureau of Investigation (FBI) to join the manhunt for her, as well as conduct an independent investigation into the handling of the case from the time of her release on Sept. 18.

According to Ms. Sutton, the FBI is not yet involved and has said it would not get involved because of a lack of jurisdiction. Meanwhile, Mr. Richardson said, they are seeking a private investigator to help with their search.

Her father said they arrested her at Geoffrey’s Malibu restaurant on Pacific Coast Highway, for failure to pay her $89 bill. Restaurant staff, he continued, reported that she seemed confused and incoherent. She was also saying things like she was from Mars and had come to avenge pop icon Michael Jackson’s death.

Mr. Richardson believes that Mitrice could have experienced a nervous breakdown, or been drugged. Anything’s possible, he told The Final Call. Why the police released her in that state is still puzzling, he said.

Their first priority is to find Mitrice but afterwards, he said, the family intends to fully address policies, procedures and what they allege to be negligence by the Sheriff’s Department.

“Mitrice is a priority one. We want sirens. We want noise. We want community and people to come out,” he said.

Steve Whitmore, a spokesman for the Sheriff’s Department, told reporters early on that Mitrice was a grown up and they had no reason to keep her. During an Oct. 10 rally in front of the Lost Hills Station, he explained the police holding procedure to The Final Call.

If a person is exhibiting the inability to take care of themselves, they’re not released, but kept until such time as they can. If it’s a mental situation, or they are mentally challenged, but not under the influence, police take them to a medical or psychiatric facility for a 72-hour hold and necessary treatment, he detailed.

“We do an extensive field sobriety test that checks the eyes, checks the pulse, talks to the person, has them go through certain physical procedures. She didn’t exhibit any of this. We need to be clear on that. She was not incapacitated in any way,” Mr. Whitmore said.

“In fact, the jailer, the African-American jailer, who was 14 years here — they talked about music. They talked about jazz and gospel … but because it was one o’clock in the morning, the jailer said, ‘Why don’t you spend the night. I’ll give you your own room.’”

The room was actually a cell, but she wasn’t going to be locked in, Mr. Whitmore admitted on further questioning. 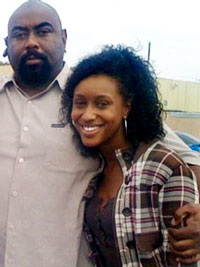 Tipsters have reported sightings of the recent college graduate across California – in Culver City, Monterey and Santa Fe – since she vanished, Mr. Whitmore told The Final Call.

He insisted that police in Lost Hills and LAPD detectives are doing everything they can to locate Mitrice. He said that law enforcement’s first search was on the Saturday after she originally went missing, with about 30-40 people, including dogs, horseback and aerial coverage, all over about 100 square miles, he said. The next one was the following Saturday with about 200 plus people over a 60-80 square mile area with helicopters, horses, ATVs, dogs, bicycles and door knocks to hundreds of homes. The third, he continued, was that subsequent Sunday over a 12 square mile radius involving 10-12 people.

But Mitrice’s family and several volunteers claimed those massive searches didn’t occur. They said they are having to follow up on tips themselves and are searching for her alone, with help navigating the canyons from the Malibu community.

In addition, Mr. Richardson said, he had yet to receive an initial call from the new lead investigator. The case was transferred to Los Angeles because that’s where Mitrice resides.

“The first search consisted of — when they kick-punted to LAPD — four detectives in nice suits and reptile shoes talking to a couple of people … The next search was one week later, when you saw it all on the news, ‘The Search for Mitrice Continues.’ No! Just starting! The next massive search, these wonderful volunteers, great community, family, friends, going through the hills, going down, going through canyons,” Mr. Richardson told The Final Call.

“I’ve gone through so many stages … right now today, I’m a bag of emotions as well as just somewhat feeling out of control because I need to be able to have something solid to go after and I feel like we’re not getting enough assistance to find her,” Ms. Sutton said.

Anyone with information regarding the whereabouts of Mitrice Richardson is being asked to email Michael Richardson at applicantmlrich@aol.com or visit www.findmitrice.info to post any updates. The Los Angeles County Supervisors have approved a $10,000 reward for information leading to her location.

Readers are urged to sign the National Petition for Federal Investigation in to Mitrice Richardson Case. http://criminaljustice.change.org/actions/view/federal_investigation_requested_in_mitrice_richardsons_disappearance_from_lost_hills_ca_jail?fb_recruiter=kLUEKQqLCW

Charlene Muhammad is Western Region correspondent for the Final Call, where this story first appeared. She can be reached at fcnwest@yahoo.com.

Reporters weigh in on the Mehserle verdict

A repeat of Rodney King verdict? 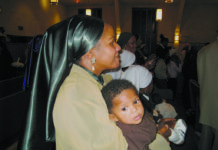