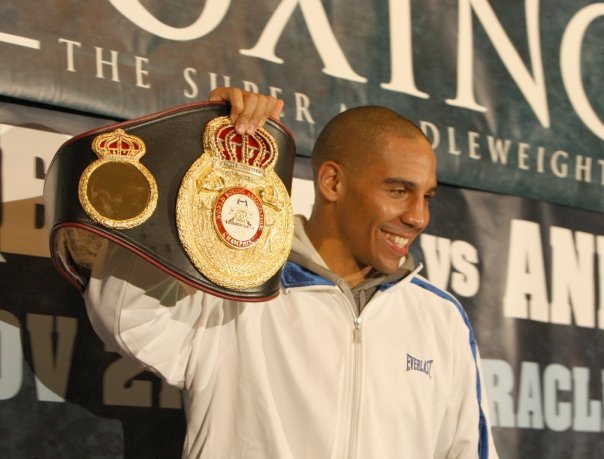 In 1964, a young Muhammad Ali was the world’s underdog, slated to go up against heavyweight champion of the world Sonny Liston. Liston had a rep: The Big Bear, the ex-con with the glowering demeanor, rumored to be so fierce that many other heavyweights were reluctant to even meet him in the ring, much less walking down the sidewalk.

Ali (then Cassius Clay), on the other hand, was Liston’s exact opposite: young, winner of Olympic Gold in the 1960 Rome Olympics, great hand and foot speed, with a seemingly unlimited supply of confidence and an unshakeable faith in God.

Very few people believed that he could beat Sonny Liston, though he’d won his two previous bouts with Sonny Banks and Henry Cooper via TKO.

• Ali was thought to be so mismatched with Liston that veteran New York Times boxing writer Joe Nichols declined to cover the fight.

• Liston was favored to knock Ali out within moments of the beginning of the first round. 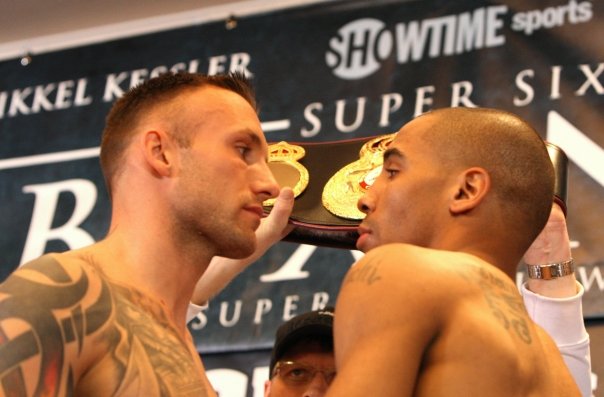 Clay boasted on Feb. 24, the day before the fight: “Clay comes out to meet Liston and Liston starts to retreat. If Liston goes back an inch farther, he’ll end up in a ringside seat. Clay swings with a left; Clay swings with a right. Just look at young Cassius carry the fight. Liston keeps backing but there’s not enough room. It’s a matter of time until Clay lowers the boom. Then Clay lands with a right – what a beautiful swing – and the punch raised the bear clear out of the ring. Liston still rising and the ref wears a frown, but he can’t start counting until Sonny comes down. Now Liston disappears from view, the crowd is getting frantic and our radar stations have picked him up somewhere over the Atlantic. Who on Earth thought, when they came to the fight, that they would witness the launching of a human satellite. Hence the crowd did not dream, when they laid down their money, that they would see a total eclipse of Sonny.” 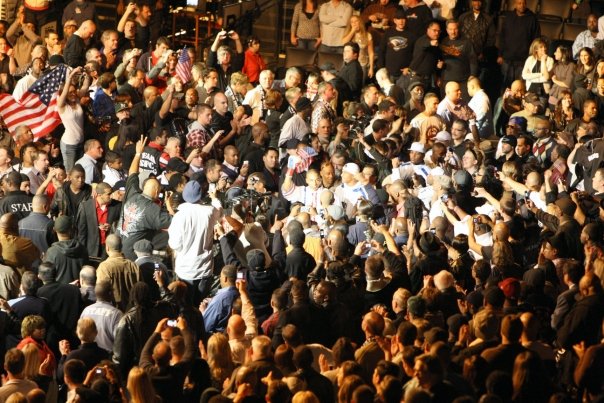 Liston responded: “Cassius, you’re my million dollar baby, so please don’t let anything happen to you before tomorrow night.”

He utilized a lot of movement, quick effective jabs, quick flurries of combinations and changes of game plans. Not even the substance called Monsel’s solution, used to stop the bleeding from Liston’s cuts – which mysteriously found its way into Ali’s eyes – could stop the Ali onslaught. 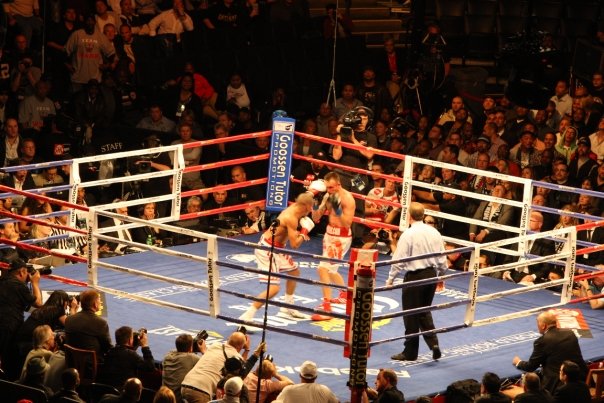 Clay made history and announced to the world: “I AM THE GREATEST! I’m 22 years old, not a mark on my face. I shook up the world.”

Fast forward to the year 2009 and the extraordinary career of a young boxing sensation: quiet, focused, deeply spiritual Andre Ward.

Few thought he could win. Kessler thought he was just a youngster in awe of being in his first big, world-class title fight.

Ward brought his A game. To him, this wasn’t just some contest. This was a serious battle for the WBA Championship of the World.

WARD controlled the fight. He did this from the very beginning.

And when he left the arena, he was THE NEW WBA Super Middleweight Champion of the World. 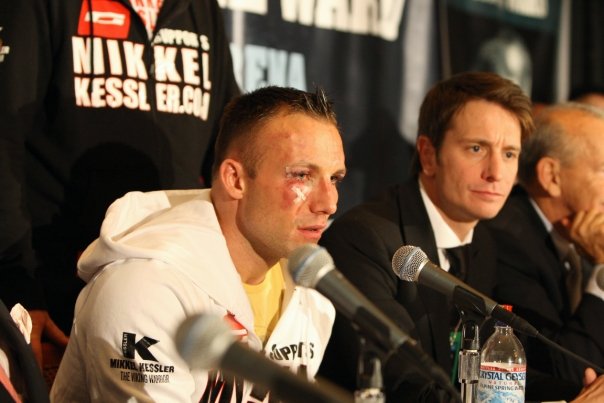 There were no excuses, no ultimatums issued, no complaints, apologies, accusations, cries for changes in geography, judges and/or referees from the Ward camp, either before or after the fight.

The Ward camp handled itself from start to finish with diplomatic aplomb.

And there was not a mark on Andre Ward’s face; whereas there were several on the face of Mr. Kessler. 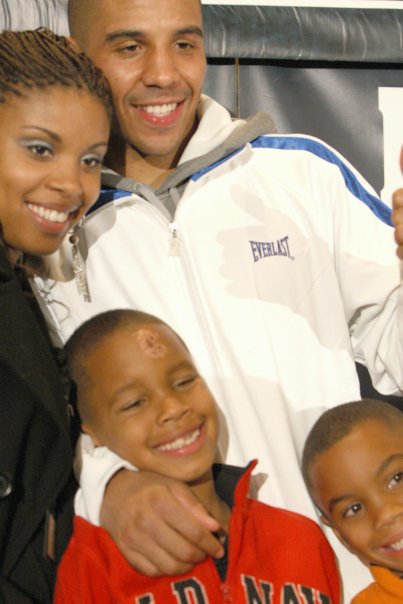 This is the true Tale of the Tape.*

History does indeed repeat itself.

Ward is 25. He’s shaken up the world and turned it on its ear.

There is a new star in the boxing world, it is on the rise, and his name is ANDRE “Son of God” WARD.

The future of boxing is bright.

The new reign of 21st century boxing has begun.

The fact that this new reign has begun in Oakland, California, a city known for its vibrant population is truly significant.

As you may know, Oakland last held a world titled boxing event on Oct. 2, 1967, when Curtis Cokes beat Charlie Shipes.

But Andre Ward’s victory over Mikkel Kessler is not the first time that he has put Oakland back on the boxing map. If the world will recall, Dre brought home Olympic Gold in 2004, the only boxer from the U.S. to do so.

Andre Ward’s name is nearly a household word. There may be a vacuum in space, but there is no longer one in the global boxing community.

This is rarified air.

We’re breathing it in.

These are WARD’S RULES!

Yet Kessler, in this writer’s estimation, had begun giving up at the pre-fight press conference when he threatened to fight without putting the WBA title on the line due to what his promoters considered to be a surfeit of “hometown” judges.

This is a strange complaint from someone who has only fought four times outside of his native Denmark since 1998. And no one had heard this complaint prior to the Oakland City Hall press conference.

So, to keep the WBA title on the line, the CSAC (California State Athletic Commission) assigned the following referees in the fight: Sweden’s Mikael Hook, South Africa’s Stanley Christodoulou and California’s Steve Morrow. Jack Reiss from California was the center referee. Hook even judged Kessler’s last fight in Denmark.

Ward’s camp, while not thrilled with this, did not complain.

So then, again in my opinion, Kessler began quitting midway through the fight – he couldn’t handle Ward’s punching power and speed – and began complaining after-WARD.

But the fight continued. The WBA title stayed on the line. The Super Six World Boxing Classic will go on.

He is an Olympic gold medalist, he is 25 years old, and he is now the undisputed, undefeated WBA middleweight champion of the world.

And he doesn’t have a mark on his face.

Kessler, on the other hand, is 0-2 in the Super Six Middleweight World Boxing Classic. He was defeated by someone he’d considered to be only an awestruck youngster in his first big fight.

He is now the former WBA champion, though his boxing record is still a respectable 42-2. Perhaps he should retire. He clearly doesn’t like close in fighting. And his complaints about this fight appear to be moot.

His face says so. Case closed.

Malaika H. Kambon is a free lance photojournalist. She can be reached at kambonrb@pacbell.net.

* “Tale of the Tape,” referring to the real story of stock trading that could be read from the stock exchange ticker tape, was adapted to describe sizing up boxing contenders before a fight by comparing their measurements – height, weight, biceps etc. – the tape in this case being a measuring tape. – ed.