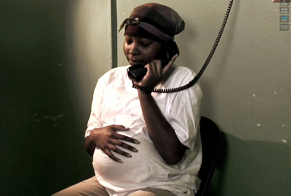 Young Mothers United (YMU) recently screened its public service announcement for the “Incarcerated Young Mothers Bill of Rights.” We partnered with YO! Youth Outlook to create a seven-minute motion picture that educates the public on issues facing pregnant and parenting women in lock up.

The video tells the story of a young woman who gives birth while incarcerated and her experiences before and after. It is currently being aired on Channel 29 in San Francisco.

The “Incarcerated Young Mothers Bill of Rights” was the concept of the Young Mothers Organizing Project (YMOP), a support group for previously incarcerated young women and a project of the Center for Young Women’s Development.

According to the National Center for Crime and Delinquency, 83 percent of young mothers in the system report that they had been separated from their infant within the first three months of their child’s life. Fifty-four percent of those girls had not had a single visit with the babies while in detention.

The Incarcerated Young Mother’s Bill of Rights was created as a way to combat these negative statistics and empower incarcerated mothers with a rallying cry for justice and equal treatment. 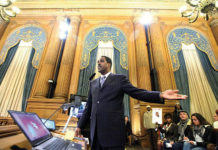 Hands off SF’s Sunshine Ordinance: Privacy proponents urge No on Prop B