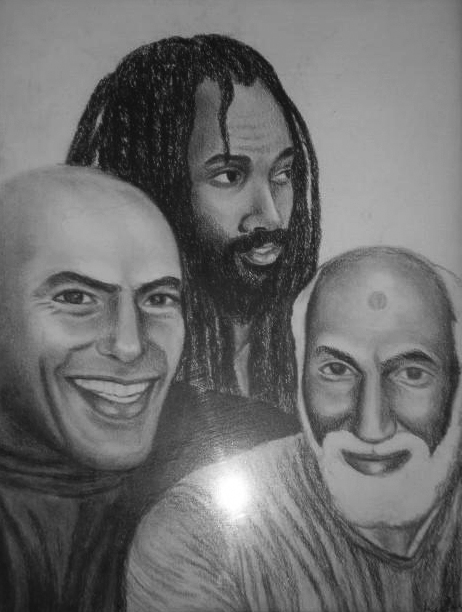 The New Yorker published an article March 30, 2009, by Atul Gawande titled, “Hellhole: The United States holds tens of thousands of inmates in long-term solitary confinement. Is this torture?”

Gawande asks, “If prolonged isolation is – as research and experience have confirmed for decades – so objectively horrifying, so intrinsically cruel, how did we end up with a prison system that may subject more of our own citizens to it than any other country in history has?”

By 2000, some 60 supermax prisons had been opened nationwide, in addition to new isolation units in nearly all maximum-security prisons.

The first such gulag was established in 1983 in Marion, Illinois. In 1989, California opened Pelican Bay State Prison near the Oregon border housing over 1,200 captives. It’s been the model for dozens of other states to follow. The SHU (Security Housing Unit) is entirely windowless, and from inside a cell with doors perforated with tiny holes, prisoners can only see the hallway.

They’re confined 24 hours a day, seven days a week, every day of the year with just a brief time (when permitted) in the “dog run” or outdoor enclosure for solitary exercise with no equipment, not even a ball.

But after nearly 20 years, California is now holding more people in solitary than ever; yet its gang problem is worse, and the violence rates have actually gone up.

Nationwide, at least 25,000 prisoners are in solitary confinement with another 50-80,000 in segregation units, many additionally isolated but those numbers are not released.

According to The Washington Post, a spokesperson for the Bureau of Prisons reported there are 216 so-called international terrorists and 139 so-called domestic terrorists currently in federal facilities (I’m convinced the real terrorists are on Capitol Hill). No one has ever escaped from these “most secure prisons.”

In a 60 Minutes segment titled, “Supermax: A Clean Version of Hell” (revisited), broadcast June 21, 2009, the reporters took cameras into the ADX-Florence, Colorado, Supermax, where there have been six wardens since it opened in 1994. It’s where Imam Jalil al-Amin and Mutulu Shakur are held captive, along with myriad other political prisoners.

One former warden stated, “I don’t know what hell is, but I do know the assumption would be, for a free person, it’s pretty close to it.”

“Supermax is the place America sends the prisoners it wants to punish the most – a place the warden described as a clean version of hell.”

In “National Study of Jail Suicides: Seven Years Later,” Lindsay M. Hayes and Joseph R. Rowan (1988) report that out of 401 suicides in U.S. prisons – one of the largest studies of its kind – two out of every three people who committed suicide were being held in a control unit.

In one year, 2005, a record 44 prisoners killed themselves in California alone; 70 percent of those suicides occurred in segregation units.

Bret Grote is an investigator and organizer with Human Rights Coalition-Fed Up! a prison abolitionist organization based in Pittsburgh, Pennsylvania. In the Angola 3 Newsletter, Grote details how HRC-Fed Up! documented many hundreds of human rights abuses in Pennsylvania’s 27 prisons. Their investigations concluded that Pennsylvania is “operating a sophisticated program of torture under an utterly baseless pretext of ‘security,’ wherein close to 3,000 people are held in conditions of solitary/ control unit confinement each day.”

Supermax prisons can also contain death rows where prisoners can spend decades in isolation torture, with the added torment of impending execution. One obvious example is the highly political case of former Black Panther journalist and author Mumia Abu-Jamal, falsely convicted of killing a cop in 1981. Despite hard evidence of innocence, he’s still locked up in SCI Green, a Pennsylvania supermax, after 27 years on death row and the signing of two death warrants.

These conditions are a flagrant violation of Article 6 of the U.S. Constitution, which affirms that treaty law (i.e. international law) is the “supreme law of the land.” Thus, Article 10(3) of the International Covenant on Civil and Political Rights stipulates, “The penitentiary system shall comprise treatment of prisoners the essential aim of which shall be their reformation and social rehabilitation.”

Contrary to the lock-‘em-up-and-throw-away-the-key rhetoric of politicians, a Zogby poll released in April 2006 found 87 percent of Americans favor rehabilitative services for prisoners as opposed to punishment only.

The Commission on Safety and Abuse in America’s Prisons, a bipartisan national task force, produced a study after a yearlong investigation in 2005-2006 that called for ending long-term solitary confinement of prisoners. The report found practically no benefits and plenty of harm – for prisoners and the public.

One of the most egregious cases of prolonged torture is the politically-charged isolation of Hugo Pinell, still held in Pelican Bay’s SHU after nearly 20 years. For his active resistance back in the 1960s and assault conviction in the San Quentin Six case (1976), my dear friend has spent a total of 40 years in hellholes – 45 of his 64 years have been spent in California prisons.

“In much the same way that a previous generation of Americans countenanced legalized segregation,” writes Gawande, “ours has countenanced legalized torture. And there is no clearer manifestation of this than our routine use of solitary confinement – on our own people, in our own communities, in a supermax prison, for example, that is a 30-minute drive from my home.” 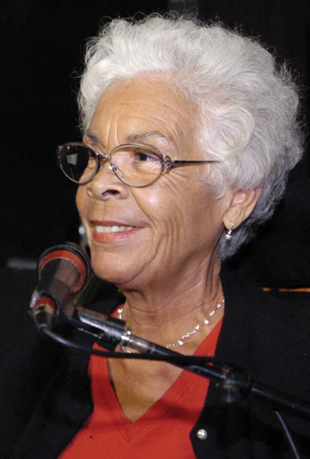 In the words of Friedrich Nietzsche, “Distrust all in whom the impulse to punish is powerful!”

Kiilu Nyasha, Black Panther veteran, revolutionary journalist and Bay View columnist, hosts the TV talk show Freedom Is a Constant Struggle every Friday at 7:30 p.m. on San Francisco cable channel 76. She can be reached at Kiilu2@sbcglobal.net. For more of her essays, artwork and photos, visit www.myspace.com/official_kiilu.

Kiilu Nyasha writes for several publications, including the SF Bay View and BlackCommentator.com. Also an accomplished radio programmer, she has hosted long running shows on KPFA, SF Liberation Radio, Free Radio Berkeley and KPOO. Some of her work is archived at www.kpfa.org and www.myspace.com/official_kiilu.

Her television show, Freedom Is a Constant Struggle, has been broadcast for the last several years on Fridays at 7:30 p.m. on Channel 76 in San Francisco. Due to budget cuts, it will air for what may be the last time on Dec. 18. Archives are now available on her new website, at http://www.kiilunyasha.blogspot.com/.

This new video interview, conducted in November 2009 in San Francisco by Hans Bennett, is based on the article posted above.

On any given day, as many as 200,000 men and women are locked in solitary confinement in U.S. prisons – alone for 23 hours a day. This video captures the visceral experience and long term impact of that isolation.