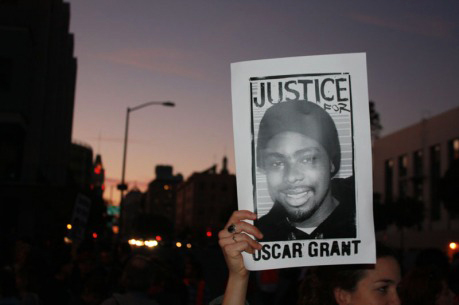 Since the inception of BART, this transportation system has excluded Black contractors, Black construction workers and Black riders. Charlie Walker drove a truck into a San Francisco BART excavation site before we could get contracts.

BART bought the vote of Black people by selling us on the idea that this system would get us to the suburbs where the jobs are. It then made the cost for urban riders the most expensive ride in the system. BART, whether by gun, legislation or regulation, has slowly destroyed the hope and economic aspirations of the Black community.

The killing of Oscar Grant was the last straw. We are not going to take it anymore. BART uses Oakland as its hub and its most important geography. What do we get out of this abusive relationship?

It is time that the City of Oakland stops being used. It is time to impose a use tax on the BART system. Or at the very least it is time to make this relationship give back some of what it has taken from the Black community.

The killing of Oscar Grant was the last straw. We are not going to take it anymore.

Almost 40 years ago, BART caused the formation of the National Association of Minority Contractors. We organized in order to get some contracts for minority contractors, some work for minority workers and some craft training for our young people.

Everybody in our association who was not Black got contracts. As we fight for economic parity in the minority community, Blacks are excluded. 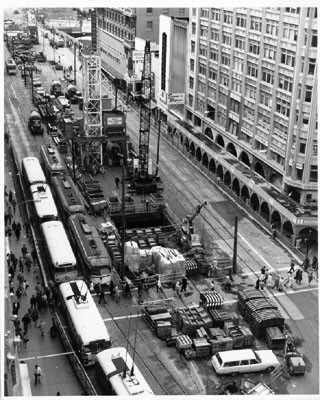 The Bay Area Black Builders’ response to the public lynching of our community is that we make the following demands:

1. Wave all bid bond requirements. Allow the selected bidder 45 days to produce a bond. Bid bonds are not a statutory requirement.

2. Accept non-admitted sureties for all bonds. This is discretionary.

3. Pass legislation that would give preferences to those companies whose owners live within the BART district. The Oakland School Board has done it for their district.

4. Buy debentures from small companies within the BART district. Debentures are non-recourse loans.

5. Repeal or do not sign a project labor (union-only) agreement. Craft unions are not allowing our young people to work.

7. Contract with Bay Area Black Builders for compliance work on all contracts. Our members bid.

8. Set aside a $10 million solar project to be performed by Black contractors. Such a set-aside requires neither bid nor bond.

9. Do not award any contracts until prime contractors are in compliance with laws mandating inclusion of underutilized disadvantaged contractors. Starting Dec. 25, 2009, Blacks must be included.

If for any reason these demands are not met, the Bay Area Black Builders are prepared to take the next steps. These next steps are legal, political and direct action. We demand economic parity now.

Broadcast Tuesday, Dec. 22, on KPFA’s popular drive time news magazine Flashpoints is this Block Report interview on the plight of Blacks in construction by Minister of Information JR with Nadir Bey, a Black contractor and an organizer of the new Bay Area Black Builders, headed by Joseph Debro. Nadir Bey can be reached at nadirbey@yahoo.com.

This sort of investigative journalism on politically hot topics is the reason Flashpoints is currently under attack by KPFA management. To learn more about that controversy, read Minister of Information JR’s recent interview with Flashpoints co-host Nora Barrows Friedman and tune in Flashpoints every weekday at 5 p.m. on KPFA 94.1FM. If you like what you hear, tell KPFA General Manager Lemlem Rijio. Email her at gm@kpfa.org, use the online message form at http://www.kpfa.org/contact or call (510) 848-6767, ext. 203.

Listening to the entire Flashpoints show is highly recommended. To go straight to the Block Report, push the slider to 32:54.