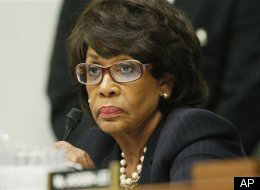 African-American Democrats in the House upped their pressure on President Obama on Wednesday, Dec. 2, boycotting a final committee vote on a financial regulatory reform bill that is a key priority of the administration.

Without the Congressional Black Caucus members present, the bill – which would add new consumer protection requirements to the financial industry, create a regime to unwind failing institutions and regulate derivatives – still managed to squeak through, 31-27.

Ten CBC members who sit on the Financial Services Committee were protesting a lack of attention paid to the ongoing jobless situation in their districts. The original markup of the bill had been scheduled for the Thursday before the Thanksgiving recess, but CBC members, led by Rep. Maxine Waters, D-Calif., who chairs a financial services subcommittee, told Chairman Barney Frank, D-Mass., that they would not vote for the measure in order to protest the failure to stem joblessness in their districts.

Frank told reporters after the hearing that he sympathized with the CBC’s goal. “They face the prospect, and I’m very sympathetic, that the damage that’s being done to much of the country will be cyclical and people will recover, but permanent damage could be done to some of the important economic institutions in their community and I think that’s a very legitimate issue,” Frank said.

The CBC’s concerns have, apparently, not been addressed. The 10 CBC members met with each other during the committee vote and released a statement (below). A CBC spokesman referred questions to Waters, who held a press conference later Wednesday. White House and Treasury spokespersons didn’t immediately respond to a request for comment.

Asked by another reporter if their absence could cause a problem on the floor, Frank said, “It depends on what they decide.” There are 41 CBC members in the House, enough to prevent the bill from passing if they stick together.

Frank said the bill will go to the House Rules Committee on Tuesday and be voted on Thursday and Friday of next week.

The boycott will not harm his ability to work with the CBC in the future, Frank said.

“If my relations with people were easily damaged, we wouldn’t be having this conversation,” he told a group of reporters. “Beyond that, when you’re in a legislative body, you understand that you have an ongoing set of relationships and people can be your best friend one minute and opposed another.”

In this case, he said that the CBC was pursuing what was in its best interests. “Their saying is, ‘No permanent friends. No permanent enemies. Just permanent interests.’ Meaning, they can’t afford the luxury of personal feelings given the importance of their goal. And I think that’s right. So no, there will be no interference in our ability to continue working together, because we are in agreement on a very wide range of issues,” he said.

Democrats have a 13-seat cushion on the committee. Rep. Michael Capuano of Massachusetts was the lone non-CBC no-show. Two Republicans, Rep. Gresham Barrett of South Carolina and Patrick McHenry of North Carolina, also failed to appear.

Frank said that he sympathized with their political objective but was kinder to the administration. “I think there’s been too little done by the federal government in general to alleviate social inequity and poverty. African Americans have been hardest hit,” he said. “The Obama administration has been better than [the administration] before.”

“I think there’s been too little done by the federal government in general to alleviate social inequity and poverty. African Americans have been hardest hit.” – Rep. Barney Frank

In response to the CBC, a White House statement said: “We share the concerns raised by CBC Members about struggling minority communities and that’s why we’ve engaged in a positive way to make progress on these issues. We have not been informed of the reasoning behind their decision not to vote on the bill, but we continue to think it is important to move financial reform forward to prevent future crises from damaging our economy and disrupting the lives of millions of Americans, including African Americans.”

Huffington Post Senior Congressional Correspondent Ryan Grim can be reached at ryan@huffingtonpost.com. He is the author of the book, “This Is Your Country on Drugs.” This story was first published by Huffington Post.

As African American members of Congress, we are keenly aware of the extreme economic crisis in our communities, and we are responsible for confronting the issues threatening the survival of the people and institutions we represent. Over the last several weeks, we have re-engaged in a constructive dialogue on the issues that we have been fighting for throughout our careers. Foreclosures, unemployment, access to credit for small business, and parity in the federal hiring and contracting process are but a few of the issues that we have continued our work on.

Each of us serves on the Financial Services Committee and we have not been forceful enough in our efforts to protect the most vulnerable of our population. We cannot address system risk on a broad scale without taking steps to prevent the crumbling of our community’s infrastructure.

Since last September, we have continuously voted for bailouts and reform for the very institutions that created this devastation, without properly protecting the African American community, or small business. That stops today.

While we appreciate the need for the expansion of regulatory authority, we can no longer afford for our public policy to be defined by the worldview of Wall Street. Policy for the least of these must be integrated into everything that we do. We must protect and defend our individual constituents, as well as the small businesses and institutions that serve them.

Let me take a moment to paint the picture we are faced with in our communities when we return home to our districts.

Although unemployment is at record levels nationwide, the impact on the African American community is especially devastating with the latest figures at 17.4 percent. The numbers are even higher for our youth, topping 35 percent in many communities. In addition, food stamp assistance, a key economic indicator, is at 28 percent for African Americans as compared to 8 percent of Whites.

These are among the reasons why we must focus on job creation, economic development and the expansion of small and minority businesses. In the coming days, the Congressional Black Caucus will put forward a proposal that we hope will be included in the coming jobs package.

Our communities were targeted by predatory lenders: 55 percent of loans made in 2005 to African Americans were subprime as compared to 17 percent for whites. In addition, one in 10 African American homeowners is expected to go into foreclosure, compared to one in 25 Whites.

African Americans and Latinos could lose up to $164 billion in wealth, over half of the nation’s overall foreclosure losses. The solutions that have been put in place to this point are not working, so we must be stronger and more direct. Working with the administration, we must enhance current foreclosure programs to include principal write down, mandatory loss mitigation and loans for unemployed homeowners.

In addition to the individual struggles in the community, our institutions are facing greater economic strain due to the recession and a continued legacy of lack of access to credit.

In 2001 there were 600 African American-owned automobile dealers; today there are fewer than 300. African American auto dealers are facing a credit squeeze as the very manufacturers that we have bailed out have failed to use their resources to assist in floor plan financing and other mechanisms to help in the survival of these important institutions. The TALF lending facility must be made more flexible in order to accommodate the needs of auto dealers.

Minority-owned banks have not been able to benefit in the same way from the assistance provided to some of the larger institutions that have been deemed “too big to fail.” Some of the onerous and preventative aspects of the federal programs lock out minority-owned banks.

If the federal government is going to be in the business of assisting financial institutions in a time of crisis, more should be done to insure that small and community banks, which lend to the African American community, have the opportunity to participate. Programs such as the one announced a few weeks ago by the president to increase access to credit must be carefully tailored to incentivize participation and increase access to capital.

Despite significant numbers of highly skilled, qualified and experienced minority- and women-owned legal, accounting, asset management and financial services firms, barriers to entry remain high or prohibitive for significant contracting and asset purchase opportunities within the federal government and its agencies. That is why all 10 members of the committee co-authored a provision in the Financial Services Regulatory reform package that would establish the Office of Minority and Women Inclusion in each of the financial services-focused agencies. We must ensure parity and access in government contracting.

Our communication infrastructure is failing. There has been a sharp reduction in the number of African American-owned newspapers by 40 percent over the last decade. Like other businesses, access to capital has been a challenge for this industry as well. With declining ad revenues, newspapers everywhere are struggling to survive. Along with the African-American broadcasters, who have also suffered declines by up to 40 percent, they are the primary means of communication for our community.

As such, the federal government must make a focused effort to increase its advertising in the African American community on all issues relating to our work. The GAO reported that from 2001 through 2005, the federal government devoted only 5 percent of its $4.3 billion ad-related expenditures to small or minority businesses – which included broadcasters, advertising agencies, graphic design houses etc.

Let us be clear: We understand that many of these issues are not issues that have been created solely in the last nine months. But we are also clear that we have the resources, the political will and the duty to come up with solutions that serve all Americans.

There has been a sharp reduction in the number of African American-owned newspapers by 40 percent over the last decade. The federal government must make a focused effort to increase its advertising in the African American community.

There are those who choose not to speak about African Americans or the working class. We can no longer be in denial that certain sectors of our population, including the African American community, are feeling the recession to a greater extent.

Today, we are here to reaffirm our commitment to be forceful advocates for the voiceless and insist that all of the resources of the government, whether they be through financial assistance programs or federal contracting, exhibit a basic fairness and equality that historically has not existed. And we commit to using all of our resources as a collective body to be sure that this is done.