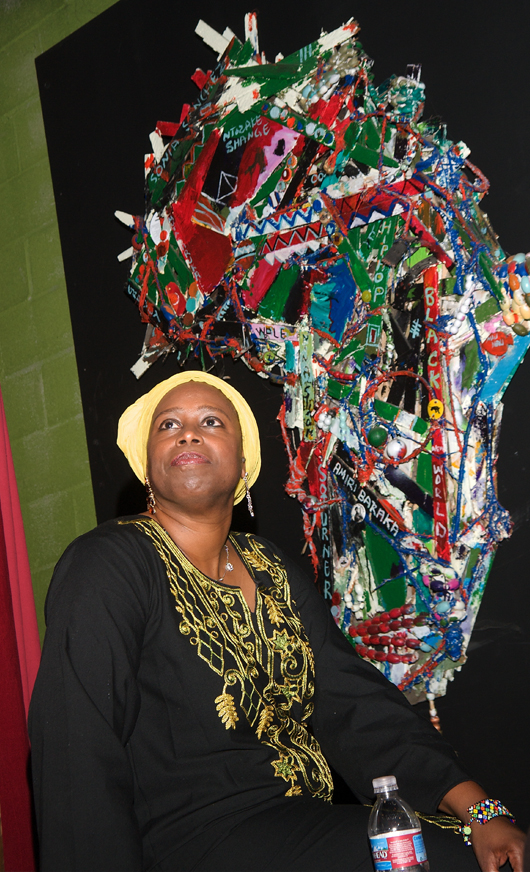 Since last year, former presidential candidate and Congresswoman Cynthia McKinney has been on a roll internationally. After being involved in the presidential selections of ‘08 and losing to Obama, McKinney has been traveling through different parts of Africa, the Middle East, Asia and Europe telling the truth about what is happening with the regular everyday people who live in the United States.

Considering we in the Bay have not heard from her in a while, since her visit here a few months ago, we wanted to touch down with the most progressive person to ever be a member of Congress – or for that matter a presidential candidate – in the history of the United States. We wanted her to give an update of all the globetrotting that she has been doing over the last few months. Here she is in her own words …

M.O.I. JR: Recently you came from South Africa, where you were participating in a film festival. Can you tell us what you were up to there?

Cynthia: I was invited to participate in an educational forum dedicated to the indomitable Palestinian spirit. I learned from people who were directly involved – and arrested for that involvement – in the anti-apartheid struggle in South Africa. While there, I met two experts, one from the United States, the other from New Zealand, on apartheid who scored South African apartheid as the model and concluded that Israel is an apartheid state.

M.O.I. JR: In the international news, South African actors and actresses have been denouncing the casting of Jennifer Hudson in the role of the revolutionary matriarch of South Africa, Winnie Mandela, in an upcoming film. What do you think about this?

Cynthia: It was on a visit to Robben Island that I was schooled by expert researchers on the struggle against apartheid and by certain South African participants and they tell a shocking story of a movement betrayed. One need only look at the tenure of Thabo Mbeki. South Africans are now in the streets protesting, demonstrating, on strike demanding health care and a livable wage, decent housing and the benefits that were supposed to accrue to the community once apartheid was dismantled.

M.O.I. JR: How did the South Africans and Palestinians respond to the film short “Operation Small Axe” and the police terrorism that happened in Oakland in 2009?

Cynthia: The South Africans were astounded that the film so accurately captured their own experience with infiltration and state efforts to quash a movement based on freedom and dignity. They also were saddened by the fact that there are Black collaborators who would betray their own dignity and freedom in order to advance the interests of others. In 15 minutes, “Operation Small Axe” demonstrated that the Black community is as occupied on the MacArthur Strip as are the Palestinians in the Gaza Strip as are the South Africans struggling to overcome an incomplete victory.

M.O.I. JR: Soon after, you were in France kicking up dust. What was going on?

Cynthia: Europe has a vibrant 9/11 Truth Movement and I participated in a truth conference, Vers la Verité.

M.O.I. JR: How do the Libyans feel about Colonel Qathafi and his regime?

Cynthia: I met some of the women who protect the Colonel. They are proud to stand as professional security for their leader since the U.S. bombing that killed his child.

M.O.I. JR: Can you tell us a little bit about what you experienced in Malaysia?

Cynthia: Malaysia is wonderfully multicultural. They have struggled through great difficulties to include Chinese, Indians, Malays and others in a beautiful tapestry of cultural, religious, racial, language and ethnic diversity.

M.O.I. JR: What do you think about Johannes Mehserle, the pig that killed Oscar Grant, getting his murder trial moved to Los Angeles and out of Oakland?

Cynthia: Officer Mehserle must be served justice no matter where the trial is located. It is interesting that he could pull the trigger in Oakland but doesn’t want to face Oakland justice.

In 15 minutes, “Operation Small Axe” demonstrates that the Black community is as occupied on the MacArthur Strip as are the Palestinians in the Gaza Strip as are the South Africans struggling to overcome an incomplete victory.

M.O.I. JR: I know that you are on your way out of the country again. What’s on your agenda?

Cynthia: I’m headed to Turkey on Christmas Day to participate in a conference. 2009 was my year to deepen my international support. 2010 is my year to concentrate on home.

M.O.I. JR: How could people stay in touch with what you are doing?

Cynthia: They can send a subscription request message to me at cynthia@runcynthiarun.org and they can join any of my social networks: 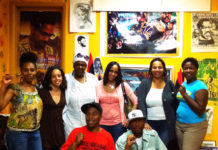 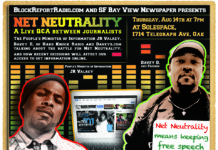 African unity at 50: Integration is the only way – Samia Nkrumah