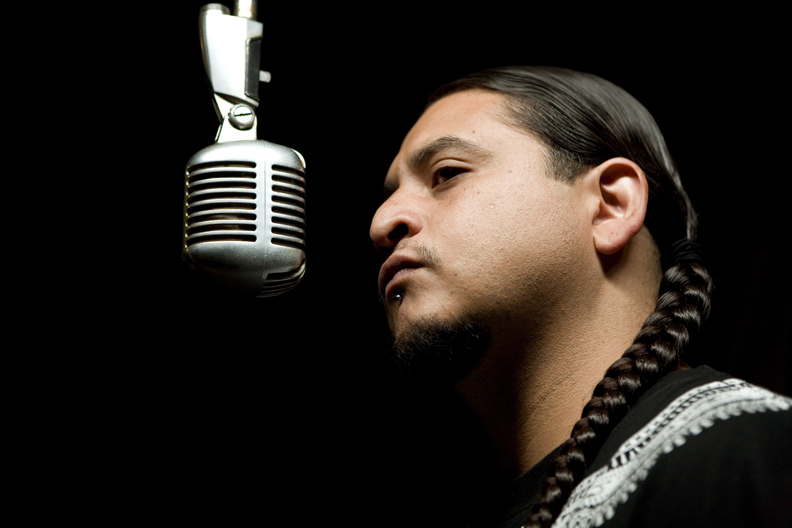 I have always been a fan of dope music, period, but with me expanding my horizons and having the chance to travel, I have way more of an appreciation for what is called in the United States international music. American culture is dominant throughout the world because of the imperialistic grip that it has on the economies and politics of Black, Brown and yellow countries around the world, but its dominance does not mean that talented musicians don’t come from other places.

I have been a fan of my homeboy Deuce Eclipse’s music for years, although some of it is in Spanish and I can’t understand it. But like a lot of musicians and music lovers say, I believe music is an international language. I can’t understand everything, but I can feel it. Now Deuce is involved with a new hip hop rock group called Bang Data. Here’s the newest info on them and their new record.

M.O.I. JR: How did y’all come up with the concept for Bang Data? Who are y’all? What does the name mean or come from?

Deuce Eclipse: Bang data originally became a group because I was making an album with Amp Live. A solo joint. At that time he was doing various other projects and he happened to be working with the guitarist Dave Lopez. Dave was like, “This is dope.” Me, him and Caipo (producer and drummer) should meet. Me, Dave, Amp Live and Caipo met at Soundwave Studios in West Oakland.

That turned into “Yo, we should make a group.” We were throwing names out for groups and Amp Live threw out the name Bang Dada, with two d’s. I was like, “Let’s spell it Data.”

Dave and Amp Live were in different groups at the time, so for a while me and Caipo were in the studio just recording, producing tracks, writing and going back and forth productionwise, with Amp Live and Dave. At the time, whenever we got a chance to get together and work, we would hit the studio.

That was a year ago. Now in 2010, Bang Data is Deuce Eclipse on vocals, Juan Caipo on production and drums, Dave Lopez on guitar and Marco Guzman on bass.

Dave Lopez was always the guitarist, but his involvement in another group was priority, because he was in it first, and they were buzzin hard in the music scene. So to make a long story short, when the group Dave was in separated, he went full force with Bang Data.

Marco came a little while after that and has put down work on the live scene with us and has started the writing process a little as well. See, this first dose of music is just the beginning. It’s what we created first. The next round is amazing. 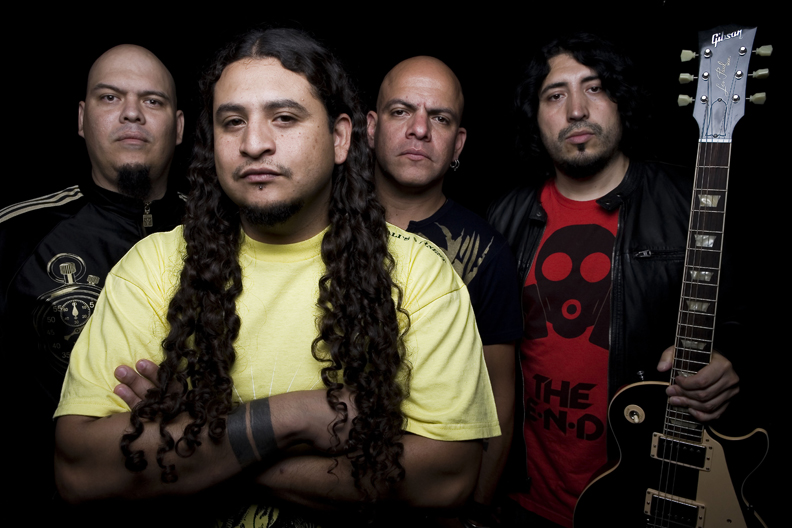 The name Bang Data means to bang out information. Music is information and we want to put it out. We want our music to pound, whether with an 808 or in your mind and heart.

M.O.I. JR: How would you describe Bang Data’s music?

M.O.I. JR: How is Bang Data’s music different from Deuce Eclipse solo, the stuff you have done with Zion I or the stuff you did with the Keepers of Tyme?

Deuce Eclipse: Bang Data is different because I haven’t been in a group for years, and one big difference is that in this group, I’m the only vocalist.

You know I started out being in groups as a youngster – The Mighty Full Deck, Zbrabravo, Keepers of Tym – then I went solo for years, and did a lot of work with Zion I. Big ups to them because they helped me really spark off my solo career. Also back in the day, with Keepers of Tym I was already involved in a different way of making hip hop and pushing the boundaries of it. Big ups to Paris King and Malcolm Marshall. I mean K.O.T. was doing things that cats are just now starting to get into.

Bang Data is a fresh and new sound. Caipo comes from the Latin rock alternative scene. Dave Lopez and Marco come from the Latin, rock, punk and beyond styles of music. I bring the hip hop musical story telling vibe to it. It’s a mixture of what we all can do.

M.O.I. JR: What is the name of the album? Who helped you guys put it together?

Deuce Eclipse: The name of the album is “Maldito Carnaval.” Caipo produced it, lyrically I wrote a lot of it and Dave Lopez also wrote some things on the album as well. But Caipo put it all together. He mixed it, and his brother, Eddie “El Brujo” Caipo, mastered it. This album truly was a family effort.

Deuce Eclipse: People can hear and buy our music everywhere on the internet: bangdata.com, myspace.com/bangdata, iTunes, Amazon etc. If you see us in the streets, we got one for you as well, $10.

M.O.I. JR: Do you feel like Latino hip hop has been getting more recognition from non-Latinos lately?

Deuce Eclipse: Yes, I do feel we are getting more recognition, even though we helped build this. Really, I feel like music isn’t opening up; people are.

Music has always pushed the boundaries to the point where some were not ready for it. As far as recognition goes, people only see the United States or what Europe is doing and fail to realize that underneath us is Central and South America. Ask Manu Chau if he cares about American recognition. There has always been Latinos putting it down the whole time.

M.O.I. JR: Where can people stay up to date with your performances, as well as hear Bang Data’s music?

Deuce Eclipse: To stay up to date with our music, please go to myspace.com/bangdata or bangdata.com. I also post Bang Data shows at deuceeclipse.com and myspace.com/deuceeeclipse.