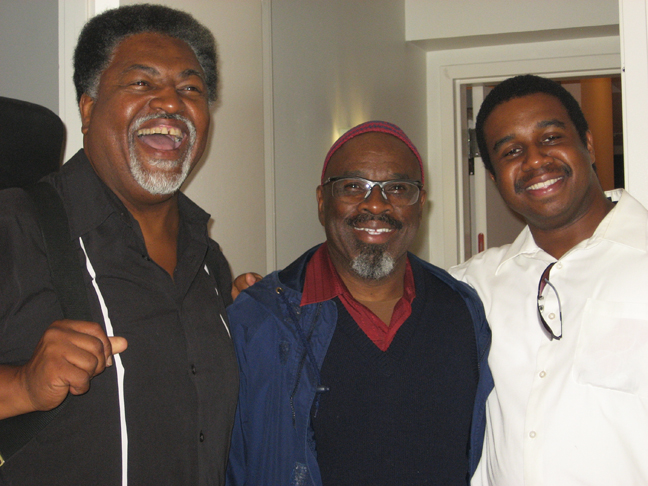 aba Kamau Seitu, jazz musician and cultural artist, is with the Ancestors playing music with the celestial orchestra. He transitioned on Saturday, Nov. 28, with literally dozens at his bedside while the drums opened the way for his transition.

In lieu of flowers, the family is accepting monetary donations. Please call Kehinde Kujichagulia-Seitu at (510) 434-6926 for further details.

Please continue to think of Baba Kamau’s music and the magical moments of his memory. Asante sana for your prayers, visits and love. Remember, bring your instruments on Saturday. This is a celebration of the life and music of an extraordinary man.

For my friend, Kamau Seitu 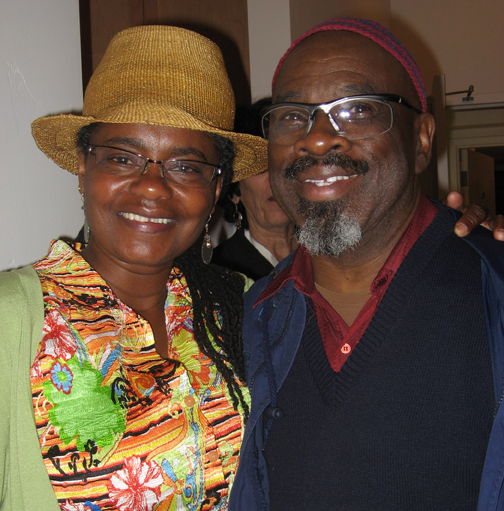 Our condolences to friends and family of Kamau Seitu, multi-instumentalist, composer, poet, scholar. Just a week ago, Kamau was doing so much better. We were planning a fundraiser for him the weekend of Nov. 28 when he passed. I wondered why no one called me to talk about planning the event, when I got the email and then the text message that our brother was gone, that he’d slipped out before the chemo and radiation and who knows what other tortures modern medicine had in store for a man who’d never had an operation before this. I’d planned to drop by the hospital to talk about Africa and my impending visit after the Diamano Coura concert; instead, the concert pageantry was a dirge for my dear friend, who slipped away before I could say one last goodbye.

I met Kamau about 20 years ago. He participated in the annual African American Celebration through Poetry, first Saturday in February – he and Damu Sudii Ali performed together. I think Pat from Vukani Mawethu introduced us.

That he was from New Orleans gave him saint status. My folks from home can do no wrong – that’s what I used to think – and Kamau was a great standard bearer for that truism: always honest, always fair and always kind, plus he was a great father and, while I was struggling with my two girls, it was nice to know there were men in the world, men I could name, who were happy to have their daughters around as much as the girls would have them. 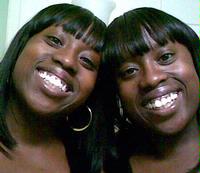 Kamau set aside his career and his love of art to take care of his girls: Taiwo and Kehinde. I remember when he became a grandfather; I remember the happy day he no longer had to go to his day job at DMV. I remember when he got his senior housing over in the Dimond District. I remember being happy for him that he was finally free to pursue his bliss.

And not more than a few years later, while visiting him in the hospital just three weeks ago, I listened to Kamau speak about the persistent nausea and inability to eat or keep food down that led to the diagnosis which put him in the hospital: fourth stage pancreatic cancer. Yet it wasn’t the cancer that took him; rather it was complications after the surgery midweek which were the cause of death.

What is it about Black people and cancer? Kamau’s good friend, another musician, also has pancreatic cancer; the two men were diagnosed within a week or so of one another. Is it environmental – should we all think about relocating? Perhaps a back to Africa movement might save our lives – America certainly isn’t conducive to healthy living. We need to look as a community at the ailments which seem to target our health and wellbeing and institute some preventative measures. Kamau was snatched away all too soon. He had so much more to accomplish.

While reminiscing about him Sunday night with his teacher, musician and composer John Handy, one of the first teachers in the SF State Black Studies Department, John said, “You mean ‘Shorty?’” when speaking of Kamau – and we both laughed. I hadn’t known Kamau’s nickname.

Family gathered at Kamau’s bedside, drumming him home, a fitting return for the former Treme (Congo Square) resident as his recorded music played in the background.

I posted an announcement on Facebook Sunday with a photo, and comments came from around the country: From Destiny Muhammad, “WOW! Called him at the hospital last week and he was sleeping. Incredible person and magnificent drummer. Now our ANCESTOR.”

From Rudi Mwongozi: “A great drummer … a great music historian … a great Afrikan … a great friend … this kind of thing makes me wish I was closer to Oakland … his going home celebration will be an event …. He will be missed.”

From Robert J. Carmack: “Wow! I did not know about his transition? I’ve been away from the Bay for a minute now. I loved this brother’s spirit! I at least had a great time working with him on the Jackie McLean tribute show for SFBAAAM a year ago. I can still hear his poetry about Jackie in my head. I will miss him as well.”

From Mechelle LaChaux: “Gonna Miss U My Brotha … He was sooooo soo Louisiana Cool … Such a Percussionist … Such the Drummer … Such the Performing Artist … Yes, Historian Extra Ordinary. I’m sure he and Eyarbe will be Drumming up a Storm together … Love, Peace and condolences to your family, Kamau!”

“We’re still in disbelief … and heartbroken. Raymond had just answered a call to MC a tribute/fundraiser for Kamau while he’s with us – supposed to happen in a couple of weeks time, and now we hear he’s gone … from this world … I’m glad I got a good hug with you Wanda at Andrea’s memorial, and I’m so sorry for this loss of your dear friend, one of our musician/poet tribe … we have to hold on to each other tight right now. Love you, Zigi

Kamau leaves us a rich legacy of history, performances, children, grandchildren, and love of community! I, too, am stunned because it takes your breath away when you hear of the passing of a loved one. My condolences to his family.

We will all remember Kamau for the music, history lessons, support, and love. Always. Ava

I’m not sure what to say to news like that. Questions like how and why don’t seem to promise much relief from the reality. Kamau was one of the first musicians I worked with when I got here and I shared many bandstands with him, we spent a lot time talking about music, Blackness, politics, and everything else that mattered – Kamau was like that. I can’t remember ever having a trivial conversation with him. Like a lot people who have heard and who will hear about his passing I can’t see through the heartbreak that cuts this deep. Peace to his family, peace to his spirit that was always willing to share itself with grace and music. Ollen Erich Hunt

Kamau’s Homegoing Celebration will be held on Saturday, Dec. 5, at 2 p.m. It will be held at Wo’se Community Church located at 8924 Holly St., Oakland. In lieu of flowers, the family is accepting monetary donations. Please call Kehinde Kujichagulia-Seitu at (510) 434-6926 for further details.