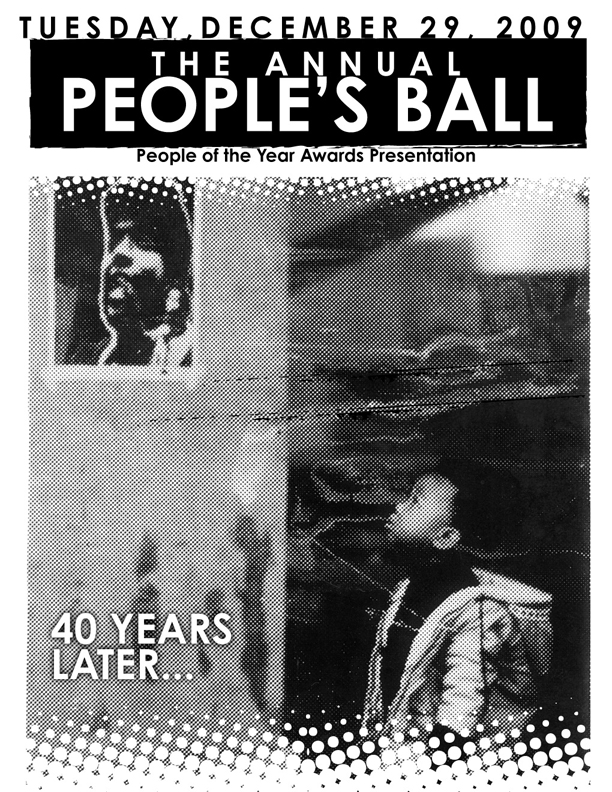 It was the Fourth of December,
That day I’ll always remember. Yes, I will
Because that was the day …
(Knock, knock, knock) Who is it?
Tommy.
Tommy who?

Rat-a-tat-tat
Pigs packing carbines, machine guns and all types of gats.
Rat-a-tat Boom! Boom! Boom!
Naw, this wasn’t no Viet Nam nor Korean War.
This was right in your backyards, boys and girls.
December 4, 1969.
Chicago, Illinois. The time was 4:35.
Has your memory failed you? Am I being too vague?
Or do you want details of Death while I flash back on this raid?
Make sure he’s asleep, drugged and disarmed.
It was pigs hunting Panthers on this fuckin’ animal farm!
They pulled cats from their cribs, then they blocked off the street.
Henchmen in phone trucks with floor plans, armed to the T.
Boom! Boom! Boom! Rat-a-tat-tat!
Mark Clark lay lifeless on that front room floor.
While pigs! and more pigs! kept coming through the door.
China Doll left wounded as she sat on that chair. 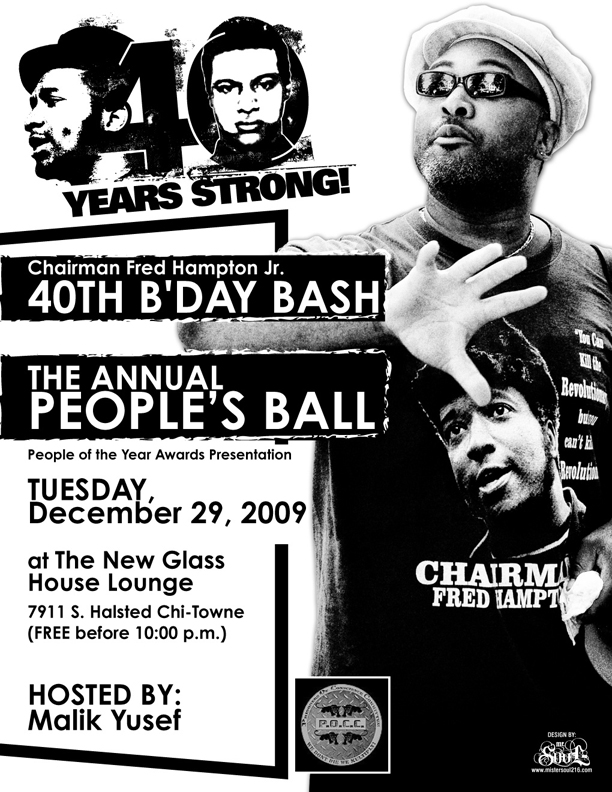 To the pigs it was a dream, to me a fuckin’ nightmare.
Included with the casualties that were captured and shot.
Verlina Brewer, B.J. and my God Daddy Doc.
Cordite smoke was so thick, you couldn’t see.
Bloodstains and bullet holes and my injured comraderies.
Where does he sleep? What’s his hours? No chances on this deal.
Information supplied by some nigger named O’Neil.
Mission incomplete. So they dared not stop.
There’s still some unanswered questions on your position, Truelock.
While I was in the womb.
I heard those boom! boom! booms!
Over 99 rounds released in that raid.
Premeditated murderers even poisoned his Kool-Aid.
Bang, bang, boom, boom, boom!
I remember that pig pressing that steel on my Mama’s stomach
in the COLD, opening her ROBE and telling her, “Nigga, no runnin’.” 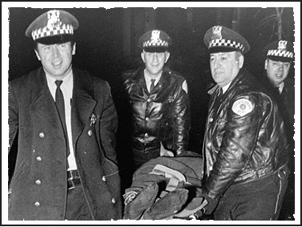 They went to that room, gave him two more shots to his head.
They couldn’t leave the murder scene ‘til they made
sure that he was dead.

They smiled and they grinned with the deeds they had done.
They chanted, “Chairman is dead,” while they splashed through his blood.
The media made up lies; the States Attorney told tales.
Before I was born, I was cellies with my Mama in a jail cell.
That day I’ll always remember. Yes, I will.
Because that was the day …
Boom, boom, rat-a-tat! Boom! Boom! Boom!