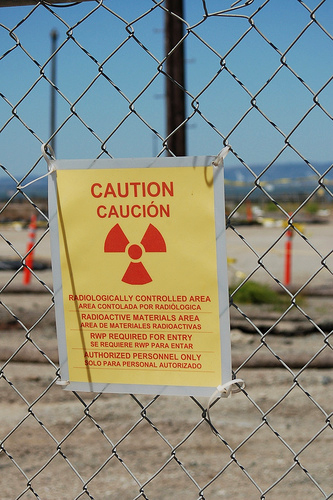 Last June, the Lennar Corp. spent $5 million to sell San Francisco voters a dream of jobs, parks and housing in Bayview Hunters Point. But sometimes when you wake up from a dream, you realize you are actually facing a nightmare.

1. Lennar is proposing to cap rather than fully clean the shipyard.

2. Lennar does not include any plans to deal with liquefaction in the event of a major earthquake.

3. Lennar and the mayor have no transportation plan to address the 24,000 new residents plus stadium goers.

4. Lennar and the mayor have no plan to protect and preserve the five known Ohlone Indian burial sites.

5. Lennar does not have an adequate or responsible plan to address sea level rise in future years.

No to bricks on Jello! No building on top of liquefaction!

No capping over toxic landfills!

And YES to true complete cleanup of the ENTIRE SHIPYARD.

We now know that Lennar is a dirty developer which is facing lawsuits all across the country for not cleaning land before they build and for doing shoddy work that falls apart. They already KNOWINGLY poisoned children when their earthmoving and grading on Parcel A released asbestos laden dust on the surrounding areas. Now they want to cap instead of clean the radiologically contaminated Hunters Point Shipyard, a Superfund site.

Unfortunately, Lennar and the mayor are using the community of families living in Double Rock/Alice Griffith as pawns for their much larger agenda in Bayview Hunters Point. They are telling these residents that the only way that they will get their new housing is if Lennar is able to fast-track their plans to cap the toxic Superfund site at the Shipyard. In their desperation for quality housing that HUD and the Housing Authority should long have been providing, they are being bussed down to City Hall to do Lennar’s dirty work.

Thankfully, hundreds of long-term Bayview Hunters Point residents are already organized for development that truly benefits Black, Samoan, Latino and working class white families in the neighborhood. We’ve got to speak out and let the City know that the days of rubber stamping plans for environmental racism are over. Bayview has long suffered the impact of City commissions that have approved plan after plan for toxic projects that have been literally killing our community.

Bayview Hunters Point is getting organized and we need your voice and your power right there with us!