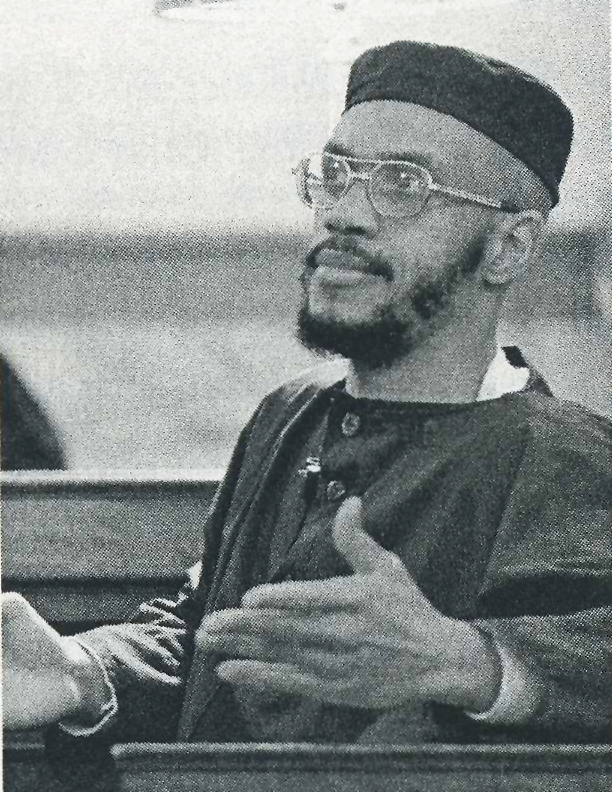 Lucasville. The name is evocative. People who hear it, who may know very little about its recent role in Ohio history, seem to recognize its penal roots. It has become a site etched upon the American mind that means prison, like Sing Sing, Marion or Lewisburg.

The name evokes an aura of fear, of foreboding, of something strangely sinister. That this exists is a testament to how the state has set aside sites of invisibility, where people know, in fact, very little of substance, yet know enough to know that this is something to be feared.

Yet Lucasville exists simply because millions of people, like you, the reader, allow it to exist. It exists in your name.

Amid the silence which greets its mention is the silence of ignorance, an ignorance which serves the interest of the state but not of the people.

“Lucasville” is written to dispel that silence, to go behind the walls erected by the state – and its complicit media – to show its true face. It reveals how and why a deadly riot occurred there, which snuffed out 10 lives.

Yet, there is a reason why Lucasville is not the latter-day equivalent of Attica. The five men who are the focus of this work – who have been called the Lucasville 5 – worked, against great odds, to prevent an Attica, where over 30 men perished when the state unleashed deadly violence against the hostages taken, and falsely blamed it on prisoners. They sought to minimize violence and, indeed, according to substantial evidence, saved the lives of several men, prisoner and guard alike.

Yet, as the saying goes, “No good deed goes unpunished.”

The record reflects that these five men could’ve been any five men, drawn from the burgeoning, overcrowded population of Lucasville. Why these five?

They didn’t snitch. Or, to be more precise: they didn’t lie.

Was the state actually soliciting lies when they talked to prisoners? According to the sworn affidavit of one John L. Fryman, two members of the Ohio State Highway Patrol made it abundantly clear what they were looking for when they came upon him as he lay, wounded, in the SOCF prison infirmary:

“They made it clear that they wanted the leaders. They wanted to prosecute Hasan, George Skatzes, Lavelle, Jason Robb and yet another Muslim whose name I don’t remember. They had not yet begun their investigation but they knew they wanted these leaders. I joked with them and said, ‘You basically don’t care what I say as long as it’s against these guys.’ They said, ‘Yeah, that’s it.’” – from Chapter 5.

Several prisoners reported similar conversations. They learned to say what those guys wanted to hear. And the Lucasville 5 were born.

What makes them remarkable is not just what they did in the hours of conflict and chaos – although, considering the possible alternative, it is indeed remarkable. They calmed men down and demonstrated that the uprising was not racially motivated. They tried to provide mixed and collective leadership. They strove to keep the peace in a place designed for permanent turmoil. That Muslim and Aryan, Black and White, Country and Rural could see beyond these easy labels, and begin to perceive each other’s humanity, is, in itself, a remarkable achievement, especially when all hell is breaking loose.

And therein lies the rub. 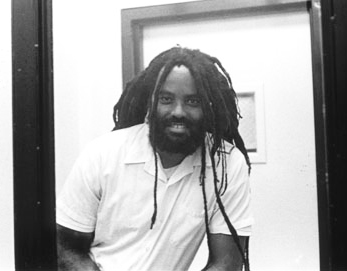 For the state fears few things more than convict unity. The very premise of the prison is, in a way, a reflection of the guiding principle governing the larger society on the outside: division, conflict between races, classes and genders. Divide and conquer.

They therefore had to make Hasan the bête noire, the boogieman, the leader who created chaos.

Secondly, George Skatzes became a public enemy. Why, one wonders? He wouldn’t incriminate other guys.

In a word, he wouldn’t stand by his white-skin privilege and dime out some brothers. The D.A. even hinted as much, telling the jury:

“Mr. Skatzes had his opportunity and he chose not to take it. Had Mr. Skatzes taken it, … Mr. Skatzes … would be up there on the witness stand testifying and Mr. Lavelle could be sitting over there [at the defendant’s table].” – from Chapter 4

George, at the time a member of the Aryan Brotherhood, had not followed the “rule” of white solidarity. He did not play the game.

That is his deadly crown.

One hundred and fifty years ago, a man named John Brown and a Black and White squad of armed men struck the armory at Harper’s Ferry to strike a fatal blow against slavery. It is interesting that when Brown was captured and tried, he was charged with – among other things – treason.

Whom had he betrayed? He betrayed deeply held notions of what whiteness meant.

About 50 years ago, when World War II was winding down, the U.S. government, at a military prison in France, appointed several upper-class German prisoners of war as guards over Americans who were being held there.

Imagine that: Nazi POWs, guarding U.S. Army prisoners, just days after they were both killing each other.

Such an historical event tells us all we need to know about class, and underlying ideology. Imagine what it meant to the German officers. Imagine what it communicated to the American prisoners!

In prison, we see the outer society at its clearest and sharpest. There are few illusions there.

“Lucasville” will hopefully destroy other illusions.

This essay will be published as the foreword for the upcoming second edition of “Lucasville: The Untold Story of a Prison Uprising” by eminent historian and lawyer Staughton Lynd, a book the publisher, Temple University Press of Philadelphia, calls “a textbook case for what is wrong with the death penalty.” The second edition will be published by Oakland-based PM Press, www.pmpress.org.

Lucasville: What led to the uprising 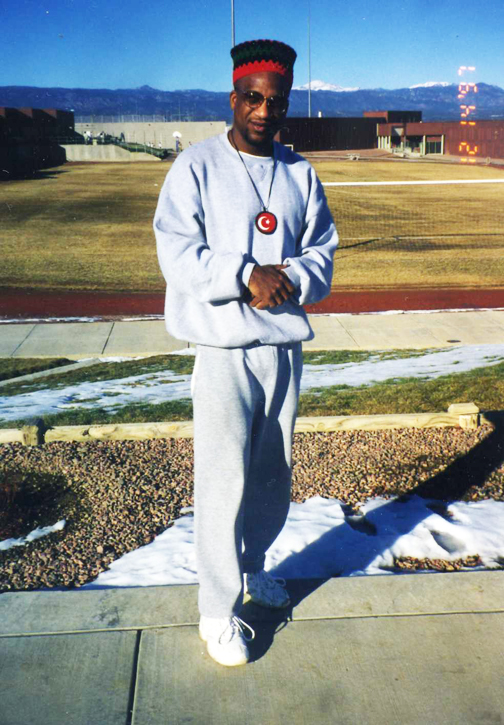 On Easter Sunday, April 11, 1993, a riot broke out at the infamous Southern Ohio Correctional Facility at Lucasville. Lucasville had a reputation as one of the most violent and predatory prisons in the country. The prison and the atmosphere at the prison had become extraordinarily tense since the arrival of Warden Arthur Tate Jr. in 1990.

Shortly after Tate’s arrival, he began dissolving almost all the programs in the prison. He stripped the college program down to the bare bones. He did away with the music and literary programs and a host of other positive avenues that men were using to do their time. Prisoners were required to march to chow, chapel, commissary, infirmary, recreation, school and work.

In addition, prisoners, who had been celling in a particular block for years were forced to move to other blocks. Further, prisoners classified as Max 4s were locked in their cells after 6 p.m. and prevented from further participation in the vocational programs unless they had fallen under the grandfather clause.

Rules were made up on a daily or weekly basis and not put into writing or issued to prisoners. To make matters worse, guards implementing these rules and regulations often abused their power and authority, causing more conflict. The prison was a tinderbox ready to be ignited.

Simply put, overly rigorous constraints combined with ill-advised housing regulations, which randomly, selectively and forcefully integrated White Extremists in the same cells as Black Revolutionists had tension at an all-time high. Overcrowding was a contributing factor to the tension. Prison conditions had become so adverse and debilitating, they unnecessarily deprived prisoners of their rights and opportunities to rehabilitate themselves or even maintain the skills they already possessed.

Tate declared that all of the aforementioned implementations were to make Lucasville “safer” for those confined there. But the record attests to the reality that the rapes, assaults, plunderings, beatings, stabbings and murders continued.

Then Tate mandated tuberculin skin testing through a process which would require the Muslims to violate their religious tenets. The Muslims had been clear in their objection to the proposed procedure and equally clear that they would be willing to submit to chest x-ray, urinalysis, sputum specimens or any of a number of other tests which would not require the injection of phenol (an alcoholic substance) or any other unlawful substance or its derivatives into their system.

Instead of honoring the Muslims’ request to submit to an alternate method of testing that would not infringe upon their religious beliefs, Tate refused to even entertain the possibility. Because he had absolutely no respect for the prisoners under his control and care, Tate adopted a hard-line approach. He made it known that he was boss and the testing was going to be conducted his way.

In the week before Easter Sunday, the administration telegraphed its intention to lock the prison down the following Monday to accomplish the forceful testing of all prisoners who had not previously submitted to the TB testing. By doing so, they seemed determined to provoke a confrontation. On Easter Sunday they got a confrontation that resulted in a major riot that rocked the entire Ohio prison system.

Rising as one, with racial differences ignored, the prisoners took control of the facility. Several guards were taken hostage in the process. For 11 days a standoff existed. During that time, nine inmates and one guard were killed.

I along with many others have suffered as a result of the injustices of the Lucasville situation. Therefore, I am seeking support and assistance in the establishment of a Political Prisoner Support Network.

I need individuals, groups and organizations willing to dedicate some time, effort and of course the necessary finances to our cause, which is to seek justice for all those wrongly convicted as a result of the uprising at Lucasville. [Edward Julious is one of those prisoners, though not one of the Lucasville 5. He is not on death row. – ed.] Write to Edward Julious, Register No. 04762-000, U.S. Penitentiary, P.O. Box 5300, Adelanto, CA 92301-5300.