California state prisons are to begin implementing a plan for the unsupervised release of up to 40,000 non-violent inmates and are required to train staff on non-revocable parole eligibility by Jan. 21, according to a memo sent from the State Department of Corrections.

In an exclusive, CalCoastNews learned of the Nov. 25 memo sent statewide to prison wardens and counselors.

In September, lawmakers passed legislation that requires prisons to implement a program of prisoner release under non-revocable parole by Jan. 25, 2010. Parolees under the new release program will not be required to check in with parole, take drug tests or have a parole officer and are not subject to hearings for parole violations.

Under the new program, law enforcement agencies are permitted to make warrantless searches of prisoners’ abodes and property.

In the past, parole officials have returned between 70,000 and 80,000 parolees to prison each year for violations that include missing meetings, failing drug tests and committing crimes.

Prisoners convicted of sexually violent crimes or serious felonies are not eligible for the new program. As of Dec. 14, prison counselors will begin classes focused on how to determine if a prisoner poses a high risk of re-offending, according to the memo.

However, the program does not address a quagmire of prisoner release issues. Opponents fear the release of thousands of ill and indigent persons to the streets of California at a time of massive unemployment could have dire consequences.

In February, a panel of three federal judges ruled that because of overcrowding the state must reduce the prison population by as many as 57,000 people over two years. The 33 prisons in the California prison system are designed to house 80,000 inmates, yet the population is over 150,000. 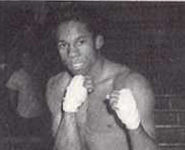