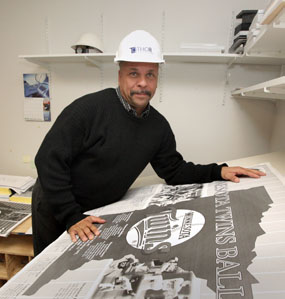 Since President Barack Obama signed his stimulus package into law in February, the U.S. Department of Transportation has handed out more than $150 million in contracts to companies for street, highway and bridge construction.

New statistics released this week by the Transportation Equity Network (TEN) show that from that pot of money not a single dollar had been allocated to any African-American owned business.

“What we’re seeing all over the country is that in spite of stated language in the stimulus bill that this was supposed to go to disadvantaged communities hit hardest by the recession, those communities are having incredible difficulty gaining access to those funds.”

TEN, a 22-state network of more than 300 community organizations fighting for an equity-based national transportation system, crunched numbers publicly available on-line at the website of the government’s federal Procurement Data System (www.fpds.gov) in making their findings.

In Washington, a DOT spokesman refused to comment for attribution for this story and wasn’t able to offer an explanation of the statistics assembled by the Transportation Equity Network.

He added that the DOT’s Disadvantaged Business Enterprise (DBE) program doubled in size over the last year, and he forwarded a press release stating the agency “has participated in many national events” and organized “workshops, presentations and DBE Days” to increase the amount of minority contracting.

Transportation Secretary Roy LaHood also sent a letter to every governor in the country Dec. 7 urging them to “take advantage of existing equal opportunity programs and resources and to create innovative strategies to provide opportunities for the under-represented” with transportation infrastructure dollars they administer under the $787 billion American Recovery and Reinvestment Act.

Richard Copeland, the African-American owner of Thor Construction in Minneapolis, says those efforts haven’t been successful because LaHood is only offering suggestions and not enforcement.

“You’ve got to put teeth in it and be willing to withhold the stimulus money if it’s not being enforced,” he said. “Unless you mandate and enforce it, it’s not going to work.

“It’s asking for voluntary participation and voluntary cooperation, and power is not conceded using those types of methods,” he said. “You’ve got to mandate that money goes into communities of color and then follow up.”

Copeland, who is the immediate past president of the National Association of Minority Contractors in Washington, D.C., said the small number of minority firms receiving stimulus contracts is a partial cause of the Depression-like unemployment levels that now plague the African-American and Latino communities.

In November, the Labor Department reported the seasonally adjusted unemployment rate of 15.6 percent for Blacks and 12.7 for Hispanics. It is 9.3 percent for whites.

“We know that 60 percent of the employees of minority firms are people of color,” Copeland said, “so if none of us get contracts, people in our communities won’t get jobs.”

The Transportation Equity Network believes the best way to solve this problem is to create a 30 percent set-aside of work hours for disadvantaged workers as part of any new jobs bill that passes the House in the coming month, as well as stronger accountability and transparency in tracking the use of all federal funds for economic stimulus and job creation.

In the meantime, the Boykewich, pointed to Missouri as a state where significant progress is being made.

Missouri’s Department of Transportation recently agreed that low-income construction apprentices would make up 30 percent of the work force on a $500 million highway project that was just completed. Working with trade unions and community groups, the department also agreed to use $2.5 million of the project’s federal funding to train low-income residents in construction work.

“And the best part was the project came in on time and under budget,” Boykewich said.

Boykewich said he’s cautiously optimistic after seeing LaHood’s letters to the governors. The Obama administration is moving in the right direction, he said, even if communities of color have yet to see any results.

Aaron Glantz is New America Media’s stimulus editor. He can be reached at aglantz@newamericamedia.org. This story first appeared in New American Media. 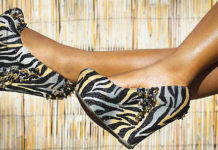