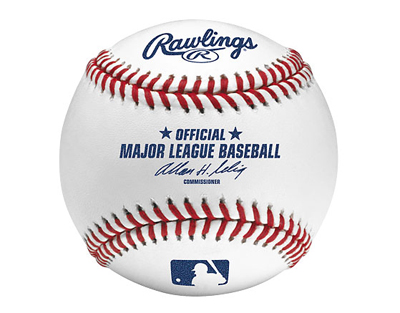 Just two days after the Haitian earthquake, a disaster now recognized as one of biblical proportions, Major League Baseball commissioner Bud Selig stepped to the plate and whiffed.

He said his organization was donating $1 million to the devastated nation.

One is not impressed.

Though MLB in alliance with Rawlings Sporting Goods conspired to help destabilize Haiti after the overthrow of dictator Jean Claude “Baby Doc” Duvalier in the late 1980s and moved their baseball factories to Costa Rica, throwing thousands of Haitian women out of work, the professional sports organization should acknowledge their long, exploitative relationship with the devastated nation and make a much more significant donation to help rebuild the nation from which it made so much money.

But MLB, an organization of 750 professional baseball players, who on average make $3.5 million a year, could only pony up a measly million. What’s wrong with this picture?

The combined salaries of MLB players in 2009 was $2,655,144,214. And this figure is in the process of increasing as many 2010 salaries are currently being negotiated and arbitrated. Therefore MLB’s $1 million donation represents less than 4/100ths of 1 percent of the players’ salaries.

To this figure should be added a few more percentage points because the New York Yankees, by far the highest paid team, kicked in another $500,000. Every little bit counts.

But the fractions quoted above don’t include the salaries of the coaches, managers, general managers, front office personnel or the MLB personnel in New York. Add in all those salaries and you’d have to get one of those fellows who paint landscapes on grains of rice to make MLB’s donation to Haiti visible with a magnifying glass.

To be fair, Selig as commissioner does not have the legal authority to twist the arms of players to donate money. However, if Derek Jeter can convince the Yankees to give extra, Selig can call all the teams together and figure out a way to collect more.

Perhaps the rumored MLB telethon for aid to Haiti will materialize. That would be worth something.

But why should MLB be held to a higher standard regarding Haiti than other professional sports? 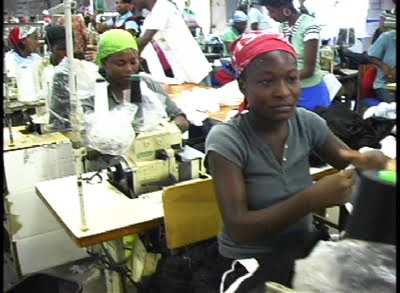 Simply this. For decades past, MLB relied upon Haitian workers, mostly young women earning a high of $1.70 per day, to stitch together their baseballs. Now, in this hour of great need, MLB flips off the Haitian workers with its Scrooge-like donation.

The May 8, 1977, edition of the Sarasota Herald Tribune ran a story by Miami News reporter Bill Brubaker, who wrote from Port au Prince that in 1975 MLB had signed a contract with Rawlings Sporting Goods of St. Louis to provide all of its baseballs.

By the late 1970s, according to Brubaker, the leading U.S. sports manufacturers, Wilson, Rawlings and Spaulding, had all flocked to Haiti to set up baseball factories in order to take advantage of Haiti’s $1.30 a day minimum wage. “U.S. baseball factory owners are not leading a movement to improve it,” Brubaker noted.

Eventually 10 baseball factories dotted the Port au Prince landscape, and Haiti, a non-baseball playing nation, exported 20 million baseballs a year, the most of any nation in the world.

Brubaker wrote, “Howard (the Rawlings’ plant manger) refused to allow the reporters to interview the employes (sic) or to tour the plant. He said he didn’t want secret production methods revealed.

“Rawlings president Tom O’Brien refused to disclose what he pays his Haitian employees but said, ‘A lot of girls here can more than double the minimum wage. It depends on efficiency.’

“That means,” Brubaker wrote, “a Haitian woman can earn anywhere from 40 cents to one dollar for every dozen baseballs she stitches. It can take from five to 25 minutes to sew the two covers of a baseball together. (Each baseball has 108 double or 216 single stitches. – ed.) 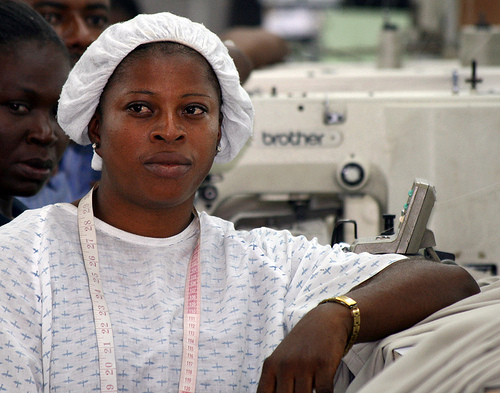 “Using a 15 minute average, and a 70 cents per dozen pay scale, a woman could expect to earn $2.80 a day if she worked for eight hours without a break.”

Carrying out the calculations further, in 1977 an employee of a baseball factory in Haiti, if she worked six days a week, could earn as much as $769.60 in a year. Meanwhile in the U.S. the minimum wage for MLB players was $60,000. Today it’s about 10 times that.

Earlier we said that MLB and Rawlings had conspired to help destabilize Haiti after Duvalier’s overthrow by closing their baseball factories and moving them to Costa Rica. This is apparent because wages in Costa Rica are far higher than in Haiti. Why would a corporation be willing pay higher wages, unless the motivation was political?

Workers in Costa Rica employed by Rawlings – and through their secret deal with MLB – typically earn about $2,750 a year, as of 2004. Compare that to the less than $1,000 a year factory workers in Haiti make.

But even so it’s still a good deal for MLB.

Quoted in a 2004 New York Times article, baseball factory worker Overly Monge revealed the essence of the Theory of Surplus Value when he observed: “After I make the first two or three balls each week, they have already paid my salary. Imagine that.”

The obscene profits generated by MLB and its partners in Haiti and elsewhere should generate the public’s outrage and demands should be made to their offices in New York that more be done to help Haiti.

People should also contact their congressional representatives and remind them that in light of MLB exemption from federal anti-trust legislation, professional baseball should be encouraged to react more responsibly during this time of international crisis.

Jean Damu is the former western regional representative for N’COBRA, National Coalition of Blacks for Reparations in America, and a former member of the International Brotherhood of Sleeping Car Porters, taught Black Studies at the University of New Mexico, has traveled and written extensively in Cuba and Africa and currently serves as a member of the Steering Committee of the Black Alliance for Just Immigration. Email him at jdamu2@yahoo.com. Damu acknowledges the essay by Paul Farmer, “Blood, sweat, and baseballs: Haiti in the West Atlantic system,” published in Dialectical Anthropology (1988), pages 83-99, as the inspiration for the headline of this piece.