In the spirit of Dr. King and guided by Pierre Labossiere of the Haiti Action Committee, the SF Bay View and Block Report Radio are preparing to send a media-medical team to Haiti to serve the people most in need. A fundraiser will be held Sunday, Jan. 24, 6:30 p.m., at the Black Dot Café, 1195 Pine St. in West Oakland. Spread the word! Be there! Bring medical supplies.

by Ben Jealous, president of the NAACP 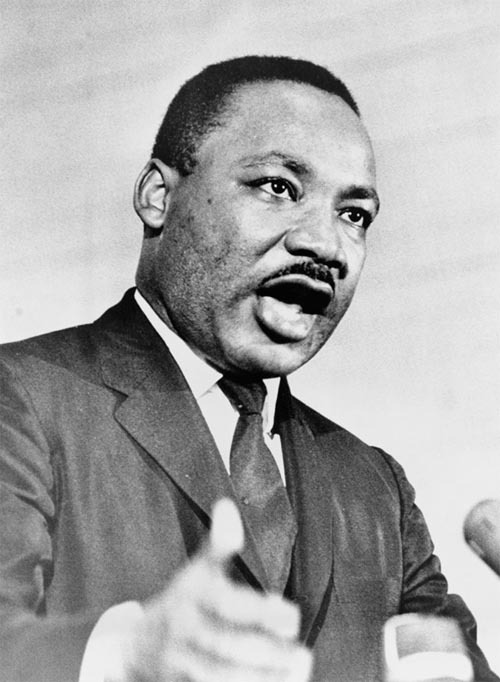 Dr. Martin Luther King was a moral giant and cherished hero of the world – a tireless champion of the poor and oppressed against the powerful. He understood the inescapable mutability of our fates and entreated the nation to embrace peace, justice and equality. He called on us to love humanity and one another and to fight for a just society.

This year our celebration of Dr. King’s legacy has taken a solemn tone, as the unimaginable tragedy that has struck our brothers and sisters in Haiti weighs heavily on our hearts. It is, however, in these times of great suffering that we find comfort, leadership and inspiration from our heroes. As Dr. King said, “The time is always right to do what is right,” and as Americans there can be no better way to celebrate Dr. King’s life than to give what we can to assist the people of Haiti, who have lost their homes, businesses, family members and livelihoods.

The contributions made by the country of Haiti and Haitian Americans have helped shape our country into what it is today. The time is now for all of America and the world to band together to help relieve the suffering of the Haitian community, rebuild the nation and renew the spirit of all Haitians and Haitian Americans.

Dr. King was a man of vision and prescience. Sadly, many of his speeches are just as relevant today as they were over 40 years ago.

Dr. King courageously raised his voice against war. He spoke of the destructive impact of the Vietnam war draining resources from the fight against poverty and exhorted people to see the war as “an enemy of the poor and to attack it as such.”

He spoke on behalf of the Vietnamese people that we were fighting. “They must weep as the bulldozers roar through their areas preparing to destroy the precious trees. They wander into the hospitals with at least 20 casualties from American firepower for one Vietcong-inflicted injury. So far, we may have killed a million of them, mostly children. They see the children selling their sisters to our soldiers, soliciting for their mothers. It is clear to them that we are on the side of the wealthy and the secure, while we create a hell for the poor.”

Today, we are at war in two nations.

Much of Dr. King’s work was to end the scourge of poverty and he began to question the essence of our prevailing economic system. “We must ask the question why there are 40 million poor people in America. And when you begin to ask that question, you are raising questions about the economic system, about a broader distribution of wealth. When you ask that question, you begin to question the capitalistic economy.”

Today, the 40 million poor of whom Dr. King spoke have barely decreased in number, with 39.2 million Americans still living in poverty. The greed and excesses of our system have led to one of the worst recessions in history.

Dr. King championed labor, describing the labor movement as the “principle force that transformed misery and despair into hope and progress. When in the ‘30s the wave of union organization crested over our nation, it carried to secure shores not only itself but the whole society,” he said.

Today, the laws on union organizing have been weakened and the percentage of unionized workers has fallen from 36 percent in 1945 to 12.4 percent of American workers, only 7.6 percent in the private sector.

And Dr. King asked us all to give of our time and our voice to change the injustice around us. “Our lives begin to end the day we become silent about things that matter,” he said.

Dr. King would be deeply satisfied at the progress we have made – the historic election of our nation’s first African-American president, the rise of many prominent Black Americans to the pinnacle of politics and business. But Dr. King was a man of the poor and he would remind us that the struggle is not over. That the dream has not yet been achieved. That the disparities in the criminal justice system, in poverty, in health and in employment that still plague our communities mean that we have a long way to go.

Dr. King won a Nobel Peace Prize and the hearts and minds of millions of people around the world. He changed our country and our world for the better. He offered us a shining paragon that we can strive for and ideals that we should endeavor to live up to. Today, we can best honor Dr. King’s life and commemorate his death by continuing his noble work for a just society with equal opportunity for all humankind, peace, economic democracy and a political system within which the rights of all are enshrined.

“In the end,” said Dr. King, “we will remember not the words of our enemies, but the silence of our friends … Injustice anywhere is a threat to justice everywhere.”

Benjamin Todd Jealous, elected national president of the NAACP in May 2008, its youngest president ever, is bringing new vigor, courage and vision to that venerable organization. Visit the NAACP at www.naacp.org.

Excerpts of the speech were broadcast this morning on KPFA’s Letters to Washington. To listen, push the slider to 34:25 minutes into the program. The video of the speech will be posted as soon as it is available.

At the River I Stand

During two eventful months in 1968, what began as a local labor dispute between African American sanitation workers and the white power structure of Memphis grew into the devastating tragedy of the assassination of Dr. Martin Luther King Jr. and a national struggle for racial and economic justice. It marked a turning point in the Civil Rights Movement. These are excerpts from the 56-minute award-winning documentary, “At the River I Stand.”

‘Dr. King died for me’: the dreams of Mychal Bell of the Jena 6

Dr. King shows us the way to end poverty in America

A new storm against imperialism 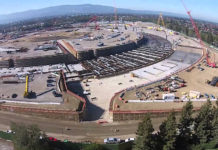 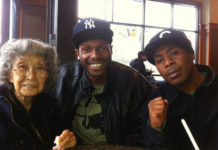