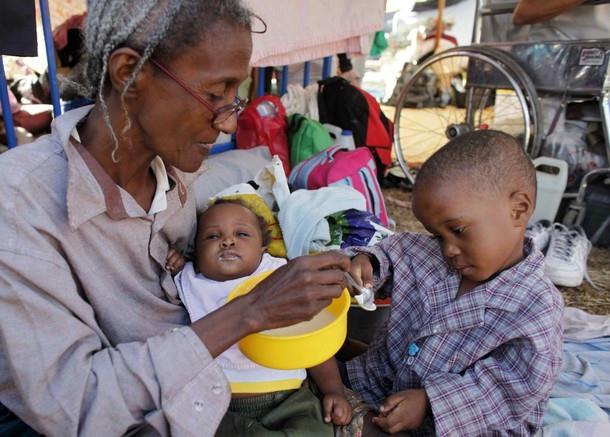 There are sheet cities everywhere. Not tent cities. Sheet cities. Old people and babies and everyone else under sheets held up by ropes hooked onto branches pounded into the ground.

With the rainy season approaching, one of the emergency needs of Haitians is to get tents. I have seen hundreds of little red topped Coleman pup tents among the sheet shelters. There are tents in every space, from soccer fields and parks to actually in the streets. There is a field with dozens of majestic beige tents from Qatar marked Islamic Relief. But real tents are outnumbered by sheet shelters by a ratio of 100 to 1.

Though helicopters thunder through the skies, actual relief of food and water and shelter remains minimal to non-existent in most neighborhoods. 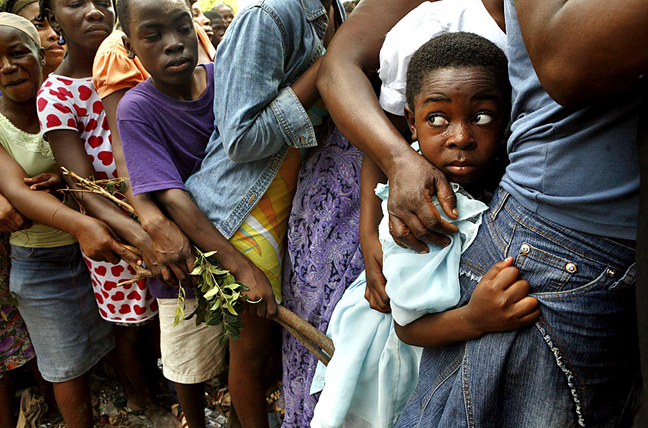 Haitians are helping Haitians. Young men have organized into teams to guard communities of homeless families. Women care for their own children as well as others now orphaned. Tens of thousands are missing and presumed dead.

The scenes of destruction boggle the mind. The scenes of homeless families, overwhelmingly little children, crush the heart.

But hope remains. Haitians say and pray that God must have a plan. Maybe Haiti will be rebuilt in a way that allows all Haitians to participate and have a chance at a dignified life with a home, a school and a job.

One young Haitian man said, “One good sign is the solidarity of the world. Muslim doctors, Jewish doctors, Christian doctors all come to help us. We see children in Gaza collecting toys for Haitian children. It looks very bad right now, but this is a big opportunity for the world and Haiti to change and do good together.”

Smoke and flames rose from the sidewalk. A white man took pictures. Slowing down, my breath left me. The fire was a corpse. Leg bones sticking out of the flames. 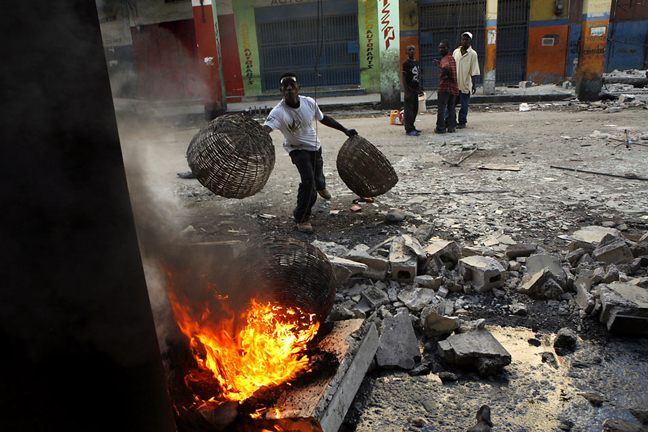 Corpses are still inside many of the mountains of rubble. No estimates of how many thousands of people are dead inside.

Electrical poles bend over streets, held up by braids of thick black wires. On some side streets the wires are still down in the street.

Buildings take unimaginable shapes. Some are half up while the other side slopes to the ground. Some like collapsed cakes. Others smashed like children’s toys.

Everywhere are sheet shelters. In parks, soccer fields, in the parking lot of the TV station, tens of thousands literally in the streets and on sidewalks.

Thousands of people standing in the hot sun waiting their turn. Outside the hospital, clinics, money transfer companies, immigration offices, and the very few places offering water or food.

Troops and heavy machinery are only seen in the center of the city.

After days in Port au Prince I have seen only one fight: two teens fighting on a street corner over a young woman. No riots. No machetes.

Hope is found in the people of Haiti. Despite no electricity, little shelter, minimal food and no real government or order, people are helping one another survive. 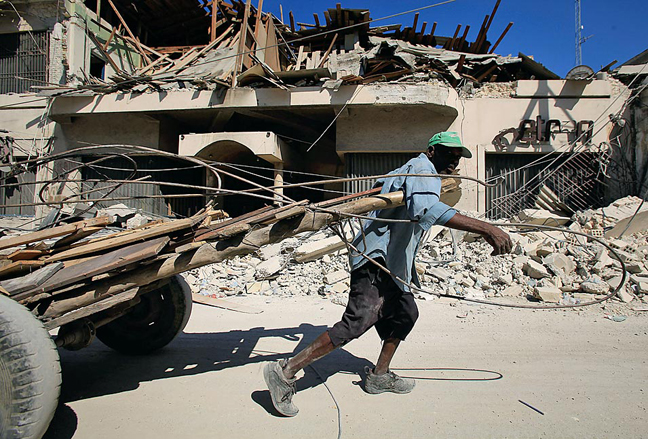 Men and boys are scavenging useful items from the mounds of fallen buildings. Women are selling mangoes and nuts on the street. Teens are playing with babies.

Beautiful hymns are lifted as choirs call out to God in every sheet camp every evening. People pray constantly. The strikingly beautiful tap tap cabs trumpet “In God we trust” or “Merci, Jesus” in bright colors.

Everyone needs tents and food and medical care and water. But when you talk to them, most will lead you to the ailing great grandma or the malnourished child.

What should outsiders do, I asked Lavarice Gaudin? Lavarice, who helps the St. Clare community feed thousands each day through the What If Foundation, said: “Help the most poor first. Some who labored their whole lives to make a one bedroom home will likely never have a home again. Haiti needs everything. But we need it with a plan. Pressure the Haitian government, pressure USAID to help the poorest.”

International volunteers who work hand in hand with Haitians are welcomed. Others not so much.

Lavarice saw the Associated Press story that reported only one penny of every U.S. aid dollar will go directly in cash to needy Haitians. “I can understand that they distrust the government, but why not distribute aid through the churches and good community organizations?

“We hope this will help us develop strong leadership that listens and responds to the people.”

“No matter what, we will never give up. Haitians are strong, hopeful people. We will rebuild.”

Bill Quigley is legal director at the Center for Constitutional Rights and a law professor at Loyola University New Orleans. He is a Katrina survivor and has been active in human rights in Haiti for years with the Institute for Justice and Democracy in Haiti. He can be reached at quigley77@gmail.com.