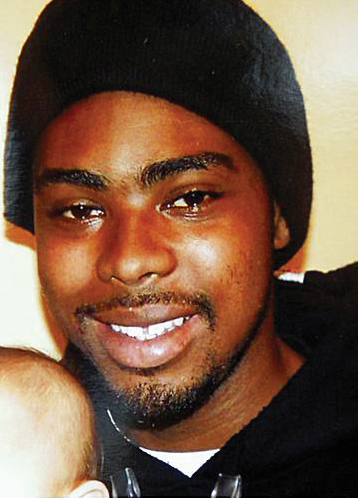 An organizing meeting has been scheduled for Jan. 3 at 5 p.m. at Chuco’s Justice Center in Inglewood for people interested in monitoring the trial of Johannes Mehserle, the former Bay Area Rapid Transit police officer who shot Oscar Grant, an unarmed 22-year-old Black man, in the back on an Oakland BART platform on Jan. 1, 2009.

Mehserle was indicted on charges of murder in June. [He is the first police officer in California ever to be charged with murder. – ed.] In October, a Superior Court judge ruled that Mehserle, who is white, could not get a fair trial in Alameda County and the trial was ordered to be moved to Los Angeles in November.

The organizing meeting is scheduled about five days before Mehserle has a hearing where Judge Robert J. Perry is scheduled to preside, and comes after activists from the Bay Area traveled to Los Angeles to connect with local activists concerned about the case.

A group of about 50 people filed into the Kaos Network in Leimert Park Dec. 12 for a screening of “Operation Small Axe,” which shows the resistance of Oakland’s Black communities to what is described in the film as “police terrorism.”

The film takes its name from the song “Small Axe” by reggae artist Bob Marley: “So if you are the big tree, we are the small axe, ready to cut you down,” with the police and government repression representing the “big tree” and the people representing the “small axe.”

The screenings are part of a campaign by the Prisoners of Conscience Committee “to educate the people of LA about what has been going on with the justice against police terrorism and murder movement specifically in dealing with Oscar Grant and Lovelle Mixon,” the film’s co-creator, 31-year-old JR Valrey, minister of information for the committee and associate editor of the San Francisco Bay View newspaper, said via email.

Valrey said there were three groups of people he wanted to connect with by showing the film in Los Angeles.

“What we hoped to do and what we did was to connect more with the Los Angeles art community, media community as well as the organizing community,” he said, specifically to “see what we could do in the future to aid not just the Oscar Grant case but … trying to strengthen the network and fighting police terrorism.”

Grant was shot to death by Mehserle while lying on his stomach on the subway platform. The incident was caught on numerous cell phone cameras, which partly led to Mehserle’s indictment on charges of murder. Mehserle is scheduled to stand trial later in 2010.

Lovelle Mixon is alleged to have killed two Oakland Police Department officers on March 21 of this year after being stopped for a traffic violation. He was then said to have fled the scene and hidden at a nearby relative’s apartment where he was later killed by members of Oakland’s Special Weapons and Tactics unit (SWAT) after mortally wounding two of the SWAT officers. 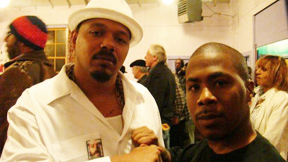 Valrey and the film’s director, 37-year-old Adimu Madyun, showed a 14-minute clip of the work-in-progress film, which focuses on the reactions of Black Oakland residents to the killings of Grant and Mixon. The men say they are currently in talks with the Los Angeles-based Pan African Film Festival to have the final 60-minute version screened during the festival’s 18th annual showcase in February 2010.

The partial version of “Small Axe” debuted at the Oakland International Film Festival in October. Since then, it has been shown to audiences in Chicago, Brazil, Libya, Malaysia, England and South Africa, where it was hand-carried by former Georgia Congresswoman Cynthia McKinney during her recent trip to the country.

Madyun, who is best known as a member of the Oakland-based “Afro hip-hop” group Hairdoo, says that the original plan was to not make a film focused on police terrorism but on the Block Report Radio show, a grassroots citizen journalism project created by Valrey.

Likening the process of filmmaking to music in general and hip-hop in particular, Madyun said: “We just … put ourselves in the situation toward where we could attract the good stories, and as a filmmaker that’s my job, to always be in a position where I can attract the story that my people want to see. And so, everything manifested like that … it’s building like a song would if you were in the studio freestylin’ in a cipher with your boys. Next thing you know, you got a song, so that’s how it came to be.”

Valrey says that the film’s purpose is to be a vehicle for activism.

“We don’t think that our film or the way that we are organizing is the end-all; it’s just one example, one model, for fighting, and all we hope to do is inspire other people to fight in whatever way that they see fit. And hopefully we can borrow something from them and they can borrow something from us, and we can be a more effective fighting unit as the people against police- and government-sanctioned oppression.”

This story first appeared in the Dec. 24, 2009, L.A. Watts Times. Assistant Editor Thandisizwe Chimurenga can be reached at thandi@lawattstimes.com.