A few weeks ago, I interviewed program director and XM Black radio talk show host Rob Redding about the need for more Black talk radio on the airwaves in the United States. His syndicated show, which had been broadcast in the Bay Area on Green 960 AM, was subsequently canceled by that station purportedly because of “low ratings.”

The cancellation came right after the interview was published in the San Francisco Bay View newspaper and the paper hit the streets. This is reminiscent of the former FBI Director J. Edgar Hoover era, when corporate media overtly supported the agenda of the U.S. government and ruling class and punished journalists who did not toe their line.

It’s 2010, and Black people are still not “permitted” to speak our minds in the court of public opinion. Read this article and give a piece of your mind to Green 960 AM (KKGN) Program Director John Scott by calling him at (415) 975-5555.

M.O.I. JR: Can you give the people a synopsis – the people who didn’t hear the last interview – what we talked about and what has the response been?

Rob Redding: And the response has been incredible. The response has been phenomenal. People have said that the interview is eye opening, and I really appreciate that, because I think it is common sense what we discussed. And what I said in the interview – I think it is important for us to control our own image, and I am very aware of there being some people out there that don’t want that to happen.

M.O.I. JR: Why is that? For people who may not be involved in media or who do not think about the subject on a regular basis, can you talk a little bit about that?

Rob Redding: To be able to control news is one thing, and that is a part of the press that we have been able to successfully corner to a certain extent. Not necessarily with the Legacy Media, but in our own ways with BET, with TV One, some websites like the Block Report (www.blockreportradio.com) that have had some success. 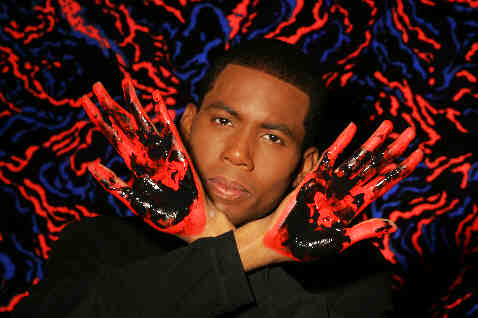 When you start to tell people what to think about what the news is, that is a completely different realm. That’s where talk radio comes in; that’s where commentary comes in. We do have some columnists in major newspapers, and we do have some people blogging around issues and things like that, and we have Roland Martin with his show on TV One, talking about politics and all of that from his perspective, but to tell people what to think about what they see is a very powerful role.

And that is something that talk radio show hosts do every single day. You’re shaping what people see, and you’re shaping how they see it, and you’re telling them what to think about what they see. So that’s an important role, and that’s one that I think that some people are working hard to keep us out of.

M.O.I. JR: Why is Black talk radio such a threat?

Rob Redding: Black talk radio is a threat because it gives the perspective of people that have been disenfranchised for 400 years and continue to be disenfranchised in 2010, regardless of what people say about living in a post-racial society. The fact is that we don’t look like our oppressors, and since we don’t look like our oppressors, they’re not willing to give us the opportunity to start telling them what we think about what they have done to us over the years and what the struggle still is, because people are under the impression that there is no racism or that racism is by and large no longer an issue.

So with that being said, when you have a situation like Black Talkers, you’re able to say: “You’re wrong. I talked about this last week on my show. Racism is still alive.” Look at the effigy out in Georgia of Barack Obama hanging from a Jimmy Carter sign out in Plains, Georgia, and you’re going to say that racism doesn’t exist. I don’t understand. That’s foreign to me, but this is something that you are not going to hear Rush Limbaugh or Sean Hannity talk about. It’s not something you’re going to hear the mainstreamers talk about because that is not their interest, but it is ours.

Black talk radio is a threat because it gives the perspective of people who have been disenfranchised for 400 years and continue to be disenfranchised in 2010. The fact is our oppressors are not willing to give us the opportunity to start telling them what we think about what they have done to us and what the struggle still is, because people are under the impression that there is no racism or that racism is no longer an issue.

M.O.I. JR: I understand that you have a show on Green 960 AM in the Bay Area. What was the station’s response to the same interview that we are talking about being published in the San Francisco Bay View newspaper?

I asked them several times, “Look, we just had an article in the San Francisco Bay View, and it’s hitting the streets,” I said last week. And I was wrong, it hit the streets this week. They were very well aware of it. I sent it to them in an email, and one can easily say, if you’re them, “Look, we’re not publishing that interview on our website, Green 960’s website, because we’re canceling the show.” 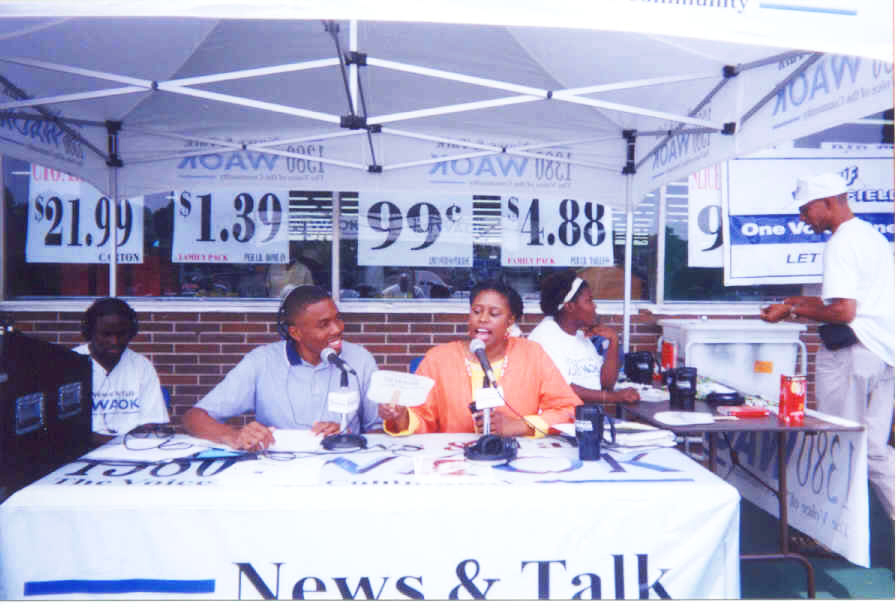 As a program director, you have to understand that if you have a syndicated show that is able to get so much local press in your local market, it is not a show that you are ever going to want to get rid of, quickly. I make these types of decisions as a program director all day myself, so it’s not like they can pull one over on me and say. “Well, you don’t know what it is like to be me.” “Yeah, I really do. I am a program director like you are.”

So the point is, when I asked them why they are pulling the show when there is press on the ground, I got a long pause, and they said, “There is nothing I can do.”

And they said that it was strictly because of ratings, but the ratings for that station have always been in the toilet. They were in the toilet when I first got there, and they’re still in the toilet now. And they’re going to be in the toilet with whatever they replace me with, it seems like, because it doesn’t seem like the format is taking hold unfortunately in this city, but I don’t think that we were doing any worse than what they had before.

M.O.I. JR: For the people that have never heard 960 AM in the Bay Area, what is Green 960 about? Can you explain the format?

You know, people every now and then want to turn me into being something conservative. I don’t know. Gay marriage is not something that has been really big in the Black community; it is something that most of the country embraces. San Francisco is a pretty liberal place, and I’m not bashing it because of that, but I’m just saying things like abortions haven’t been things that we have traditionally embraced in the Black community, by and large.

I mean that could be the reason why I am off the air as well – or coming off the air – but I can tell you this: I don’t think that there’s anybody more concerned about our people than myself on Green 960. As a matter of fact, I’m their only – or was their only – Black with a talk show on Green 960, from what I understand. I could be wrong about that, but from what I understand I think that I was the only Black person over there.

Rob Redding: I am still on a number of stations across the country. I am just not in the Bay Area any more, unfortunately, but that is something that we are working to correct. You can still stream the show live at reddingnewsreview.com. It’s on demand at any time. You can go to my syndicator’s site, GCNlive.com.

We are also on XM 169 The Power, which is a Black talk channel on The Power. So you could log on to their site if you are a subscriber or you could simply turn on your XM radio and listen from 7 to 10 p.m. on Sunday nights Eastern Time, when the show is live. Or if you miss a show, you could listen to it on demand. We also have a feature at GCN live to listen on your cell phone. You just dial into a number when we’re on the air live and you could listen to the show on your cell phone.

Well, I don’t know what that means, but they’re like, “Are you Black?” because they’re not sure when they listen to the commentary. I’m not sure why KKGN (Green 960) is doing what it is doing, but I suspect that there is more here at play than these numbers that they’re talking about – that I can’t seem to get – and they seem unwilling to give me.