Why are the cash strapped City of San Francisco and State of California bailing out predatory subprime lender Lennar? 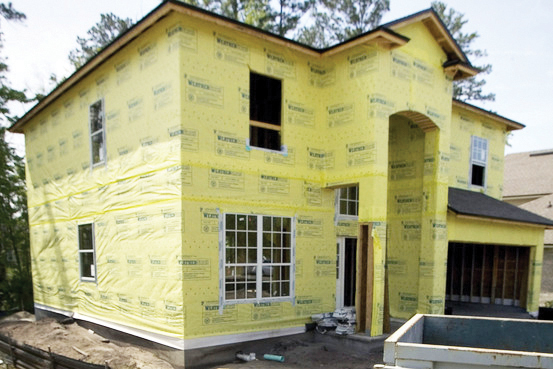 At the close of 2008 and throughout 2009, Americans watched our federal government reward the reckless multinational financial sector with trillions of dollars for causing the worst hardship since the Great Depression.

San Franciscans and Californians joined in the agony but few understood that both San Francisco and California have come up with their own bailout for one of the major players in the meltdown, the South Florida based Lennar Corp., thanks to Proposition G, followed by state Sen. Mark Leno’s Senate Bill 792, which legalizes the transfer of 23 acres of pristine state parkland to Lennar.

Lennar is not just a big industrial homebuilder; Lennar is also a big home mortgage lender. Like D.R. Horton, Pulte and the rest of the big builders, Lennar has its own mortgage lending subsidiary, Universal American Mortgage Co. (UAMC), which makes loans to sell its own properties.

During the years leading up to the subprime loan meltdown, home builder mortgage operations plied customers with incentives far beyond the common 1 percent for one month teaser rate.

On Oct. 13, 2006, Marketwatch reported, in “Home builders up ante to lure buyers”: “The NAHB (National Association of Home Builders) found 55 percent of companies were offering home-option items such as granite countertops and landscaping at no charge, up from 37 percent the prior year. About 43 percent were offering to pay the closing costs on the buyer’s previous home …

“Forty-four percent of builders were reducing home prices, 4 percent were including a new car with the home, and 5 percent were offering a free holiday trip.”

Marketwatch also quoted Lennar CEO Stuart Miller on the increasing use of incentives and price cuts and Lennar’s need to keep cash flowing, at whatever cost, even in October 2006.

Why? Because Lennar had overbuilt, way beyond new housing demand, and had to keep overlending to keep moving it.

Less than a year later, in “House of Cards,” published in the August 2007 Builder Online, John Caulfield described the pressure Lennar had put not only on borrowers, but also on UAMC managers:

“Another source, who worked 2 ½ years as a manager for one of Lennar’s UAMC offices in Nevada before she was laid off in October 2006, says the pressure to approve buyers for loans was ‘overwhelming.’ That pressure came directly from Lennar’s divisional president, ‘who told us the relationship between the builder and the mortgage company was “master and slave.”’ When this source says she got tougher about qualifying buyers, Lennar removed several communities from her loan office’s territory. When asked why Lennar would sanction its mortgage subsidiary to approve loans for buyers it knew would not be able to pay them, this source replies, ‘Lennar wasn’t thinking long term; it’s a publicly traded company that’s judged on how many homes it closes.’”

Never mind how many UAMC mortgages were bound to go bad. Never mind that the prices of Lennar properties, even after deep discounts, were artificially inflated by UAMC’s approval of buyers for more than they’d be able to pay.

Never mind that financially unsophisticated borrowers would eventually drain any and all resources that they and their families could earn or liquidate to keep up with negative amortization payments, interest rates adjusting upwards and/or balloon payments.

Never mind that these borrowers would be left trying to talk to distant “loan servicing” bureaucrats, who would have no memory or concern for the borrowers, or the negotiations that had led to the loans.

Never mind that the loan servicers would demand payment and/or threaten foreclosure but refuse to reveal the names of the new “lenders,” those who had bought their mortgages from UAMC on the secondary mortgage market, even though they, the new lenders, were the only ones who could have agreed to renegotiate loans.

Much has been written and said about the Machiavellian machinations of investment banks like Deutschebank, Morgan Stanley and Goldman Sachs, who bought megamillion dollar bundles of loans from Lennar’s UAMC and all the other reckless builders and mortgage lenders, then turned them into securities that could be bought and sold speculatively, insured themselves against losses they well knew were coming and sold “pass through certificates,” a.k.a. income strips on securities that they themselves were selling short.

• a staggering upward transfer and concentration of wealth, long before the bailouts,

• hardship and despair from Australia, where mortgage and credit card debt now exceeds even that of Americans, to D.R. Congo, where the critical mining contract review was finally abandoned under World Bank, IMF and recession pressures,

• ongoing waves of foreclosures and layoffs and new tent cities and

Throughout 2009, city, county and state legislatures battled over what to cut next – health, schools, arts or public transportation – as federal trillions flowed into financial industry coffers, all in the name of Reaganite trickle down economics.

And nobody knows where it went, only that it hasn’t trickled down.

Lennar and the other overbuilders and lenders stepped up for another $33 billion handout within the Worker, Homeownership and Business Assistance Act of 2009, which became law on Nov. 6, 2009, prompting New York Times financial columnist Gretchen Morgenson to ask, “Would it be so terrible if some builders that lost their heads during the housing mania ceased to exist?”

Lennar, the most aggressive overbuilder/lender, spent $240,000 lobbying for its $250,000,000 share, proving yet again that politicians offer an astounding return on investment; that’s a 1,041.66 percent return for Lennar on this one.

At the San Francisco City and County Board of Supervisors, in the San Francisco Bay View and on the phone to Mark Leno and other Sacramento legislators, I keep asking why cash strapped San Francisco and California are rewarding Lennar/UAMC for all this and urging them on with more “public private partnerships” and “title transfers,” a.k.a. land grabs, including 23 acres of pristine waterfront parkland at Candlestick Point?

This corporation has not changed its ways.

When foreclosed properties flooded the market, competing with its new properties, it launched an ongoing ad blitz to “buy new,” asking, “Why take the risk and buy a used foreclosed home or a short sale when you can afford a brand new one?”

Indeed. Especially if it’s a foreclosed Lennar Home, quite likely built with toxic Chinese drywall or on top of a bomb test range with live ordinance still underground or any number of the other toxic dumpsites Lennar specializes in building on, like San Francisco’s Hunters Point Naval Shipyard, the hugely contaminated home of the now shuttered Naval Radiological Defense Laboratory.

Lennar’s marketing team even produced a classic video argument for exhausting the planet’s resources, “Why buy new?” Watch it below.

“MIAMI, Fla. – Corporations should not be the only ones benefiting from bailouts. This weekend April 18 and 19, the Southeast Florida division of Lennar, one of the nation’s leading homebuilders, is bailing prospective homebuyers out with incredible prices, incentives and interest rates that make it simple to buy a new home in today’s current real estate market.”

As with the war, if we can’t stop it here, locally, I don’t know where we can.

San Francisco writer Ann Garrison writes for the San Francisco Bay View, Examiner.com, Digital Journal, OpEdNews, Global Research, Colored Opinions and her new blog, Ann.ie. She is also active in international Green Party organizing, with special focus on supporting the Democratic Green Party of Rwanda, which is struggling for official recognition and a free and fair election in Rwanda in August 2010. She can be reached at anniegarrison@gmail.com.