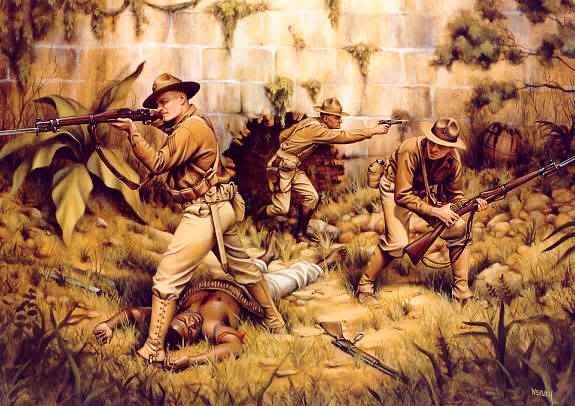 Why does the U.S. owe Haiti billions? Former U.S. Secretary of State Colin Powell stated his foreign policy view as the “Pottery Barn rule.” That is, “If you break it, you own it.”

The U.S. has worked to break Haiti for over 200 years. We owe Haiti. Not charity. We owe Haiti as a matter of justice. Reparations. And not the $100 million promised by President Obama either – that is Powerball money. The U.S. owes Haiti Billions – with a big B. 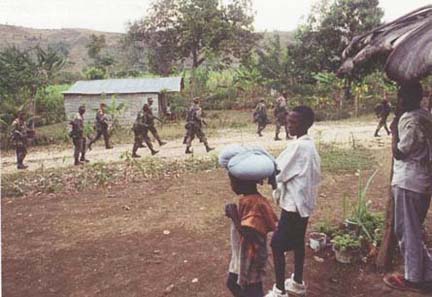 Here is the briefest history of some of the major U.S. efforts to break Haiti.

In 1804, when Haiti achieved its freedom from France in the world’s first successful slave revolution, the United States refused to recognize the country. The U.S. continued to refuse recognition to Haiti for 60 more years. Why? Because the U.S. continued to enslave millions of its own citizens and feared recognizing Haiti would encourage slave revolution in the U.S.

After the 1804 revolution, Haiti was the subject of a crippling economic embargo by France and the U.S. U.S. sanctions lasted until 1863. France ultimately used its military power to force Haiti to pay reparations for the slaves who were freed. The reparations were 150 million francs. (France sold the entire Louisiana territory to the U.S. for 80 million francs!) 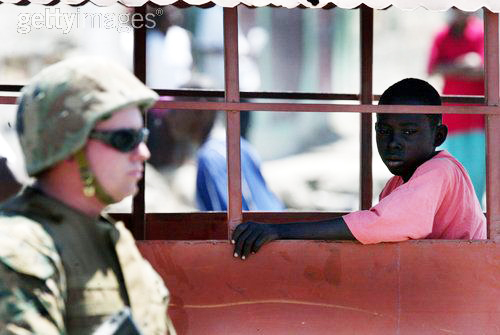 The U.S. occupied and ruled Haiti by force from 1915 to 1934. President Woodrow Wilson sent troops to invade in 1915. Revolts by Haitians were put down by U.S. military – killing over 2,000 in one skirmish alone. For the next 19 years, the U.S. controlled customs in Haiti, collected taxes and ran many governmental institutions. How many billions were siphoned off by the U.S. during these 19 years?

From 1957 to 1986 Haiti was forced to live under U.S.-backed dictators “Papa Doc” and “Baby Doc” Duvalier. The U.S. supported these dictators economically and militarily because they did what the U.S. wanted and were politically “anti-communist” – now translatable as against human rights for their people. Duvalier stole millions from Haiti and ran up hundreds of millions in debt that Haiti still owes. Ten thousand Haitians lost their lives. Estimates say that Haiti owes $1.3 billion in external debt and that 40 percent of that debt was run up by the U.S.-backed Duvaliers.

Thirty years ago Haiti imported no rice. Today Haiti imports nearly all its rice. Though Haiti was the sugar growing capital of the Caribbean, it now imports sugar as well. Why? The U.S. and the U.S. dominated world financial institutions – the International Monetary Fund and the World Bank – forced Haiti to open its markets to the world. Then the U.S. dumped millions of tons of U.S.-subsidized rice and sugar into Haiti – undercutting their farmers and ruining Haitian agriculture. By ruining Haitian agriculture, the U.S. has forced Haiti into becoming the third largest world market for U.S. rice. Good for U.S. farmers, bad for Haiti. 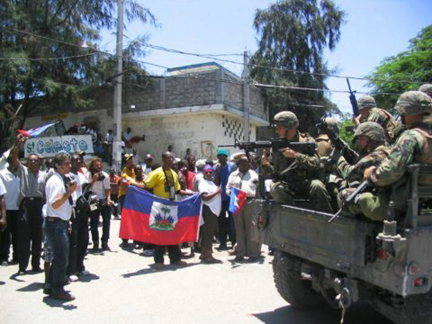 In 2002, the U.S. stopped hundreds of millions of dollars in loans to Haiti which were to be used for, among other public projects like education, roads. These are the same roads which relief teams are having so much trouble navigating now!

In 2004, the U.S. again destroyed democracy in Haiti when they supported the coup against Haiti’s elected President Aristide.

Haiti is even used for sexual recreation just like the old time plantations. Check the news carefully and you will find numerous stories of abuse of minors by missionaries, soldiers and charity workers. Plus there are the frequent sexual vacations taken to Haiti by people from the U.S. and elsewhere. What is owed for that? What value would you put on it if it were your sisters and brothers?

U.S.-based corporations have for years been teaming up with Haitian elite to run sweatshops teeming with tens of thousands of Haitians who earn less than $2 a day.

The Haitian people have resisted the economic and military power of the U.S. and others ever since their independence. Like all of us, Haitians made their own mistakes as well. But U.S. power has forced Haitians to pay great prices – deaths, debt and abuse.

It is time for the people of the U.S. to join with Haitians and reverse the course of U.S.-Haitian relations.

This brief history shows why the U.S. owes Haiti Billions – with a big B. This is not charity. This is justice. This is reparations. The current crisis is an opportunity for people in the U.S. to own up to our country’s history of dominating Haiti and to make a truly just response.

For more on the history of exploitation of Haiti by the U.S., see Paul Farmer, “The Uses of Haiti”; Peter Hallward, “Damming the Flood”; and Randall Robinson, “An Unbroken Agony.”

Bill Quigley is legal director for the Center for Constitutional Rights and a long-time Haiti human rights advocate. He can be reached at Quigley77@gmail.com.