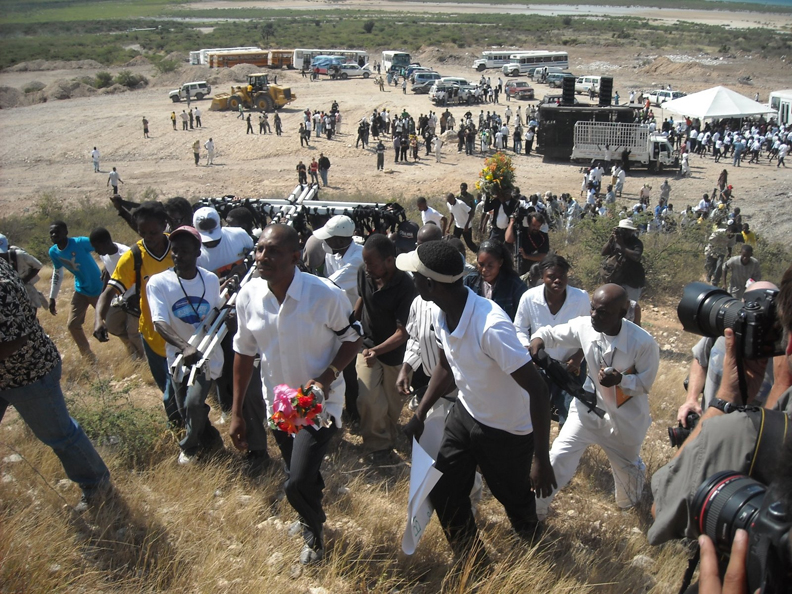 Havana, Cuba, Feb. 3 (ACN) – Haitian Prime Minister Jean Max Bellerive confirmed on Wednesday in Port-au-Prince that the number of deaths as a consequence of the earthquake that devastated that nation’s capital and several neighboring cities on Jan. 12 has increased to over 200,000.

During his speech before the Senate, he pointed out that the figure doesn’t include the corpses that are still under the rubble or the victims buried by their own families, the Prensa Latina news agency reports.

Bellerrive also told the legislative chamber about the need for changing the government’s structure, in order to be able to face the crisis derived from the earthquake, as reported by several websites.

He expressed that the government – as it’s now constituted – can’t contribute results and proposed the creation of an emergency executive with a redefinition of the mission of ministers, or to leave the cabinet as it is and additionally create a National Committee for Crisis.

The earthquake, of seven degrees in the Richter scale, left over 190,000 people wounded – many of them with amputations – 1 million orphans and 3.5 million victims.

The disaster, considered the worst in Haitian history, destroyed everything from emblematic buildings like the Presidential Palace and the main buildings of the Parliament and the Archbishopric to hundreds of thousands of houses, schools and hospitals, among other facilities.

As a consequence of the destruction, over half a million people had to abandon Port-au-Prince and take refuge in rural areas.

For thorough and sensitive coverage of the Haiti earthquake and its consequences, visit ACN Cuban News Agency.