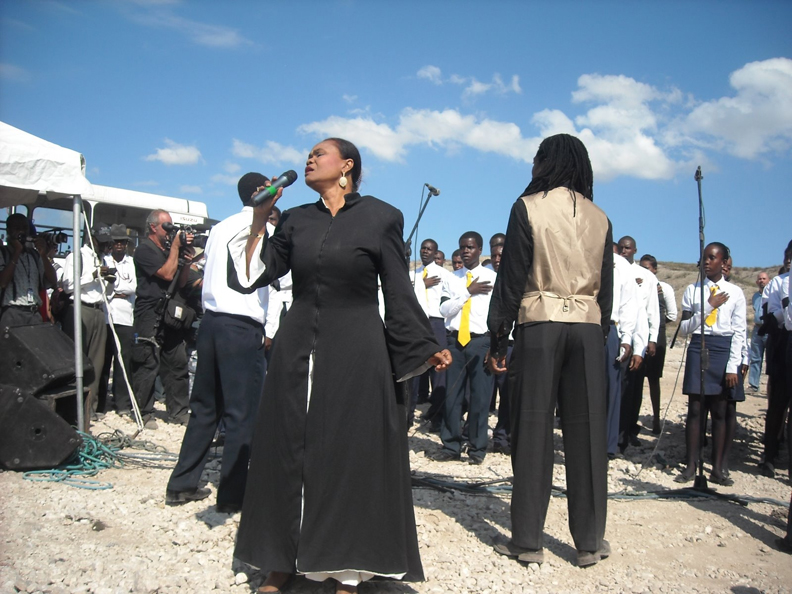 The recent natural disaster in Haiti has once again thrown Haiti into the eyes of the world and once again brought out both the best and worst of us. The sheer scale of human suffering has evoked massive compassion, as governments far and wide mobilize to assist those who are unable to assist themselves.

Haiti, once the colonial-era “Pearl of the Antilles” (Caribbean), then the “Mother of Revolutions,” has suffered for nearly two centuries for daring to fight for – and win – its freedom from European colonialism, slavery and plunder.

Haiti, we are informed by the corporate media, is the poorest nation in the West. We are never told, however, how it got that way. How many of us know that the U.S. brutally occupied Haiti and stayed there for over 20 years? Or that Haiti, which had the temerity to defeat not one, not two, but three colonial armies – the French, the British and the Spanish – was forced to pay France billions of dollars in reparations for 200 years – the first and only time in history that a victor in war had to pay back the nation it defeated!?

Haiti isn’t just poor; it’s been impoverished by a global system of exploitation and a plantation capitalist economy that was designed as a sanction for Black Liberation.

The U.S., its nearest, richest neighbor, didn’t recognize or trade with the country for nearly 60 years – or until a Civil War brought a formal end to slavery on these shores.

C.L.R. James, the revolutionary scholar and activist, has argued that the Haitian Revolution was a singular event in human history, of more significance than either the French or American revolutions.

That an American preacher – and former presidential candidate – could today liken the event to the devil gives us some sense of its continuing power.

Interestingly, neither of these other revolutions spelled an end to that truly demonic institution – slavery. Indeed, the reverse is true, for George Washington and Thomas Jefferson were slave owners, and Napoleon Bonaparte sent his armies to Haiti to defend slavery.

Decade after decade of U.S.-supported dictators, a legacy of plantation capitalism and exploitation, U.S. supported coups – like the Bush-era removal of President Jean-Bertrand Aristide – and corporate strangulation of poor Haitian workers has left it severely under-developed and thus less able to cope with natural disasters when they strike.

Several years ago, when a hurricane hit a city in the world’s wealthiest nation, the wealthy and middle classes had the resources to flee just before the worst struck town. The poor were left to fend for themselves.

In Haiti, those resources were even more rare.

But an earthquake isn’t a hurricane. It strikes suddenly, often without significant warning.

Many nations, like Japan, have constructed buildings which resist the bumps and whirls of earthquakes. Such techniques, if applied to Haitian schools, homes and offices, could’ve greatly alleviated loss of life and suffering.

If it hadn’t been bled and exploited for centuries, Haiti would’ve had the wherewithal to protect its people as much as possible.

Let us hope that Haiti’s future will be brighter than its post colonial past. 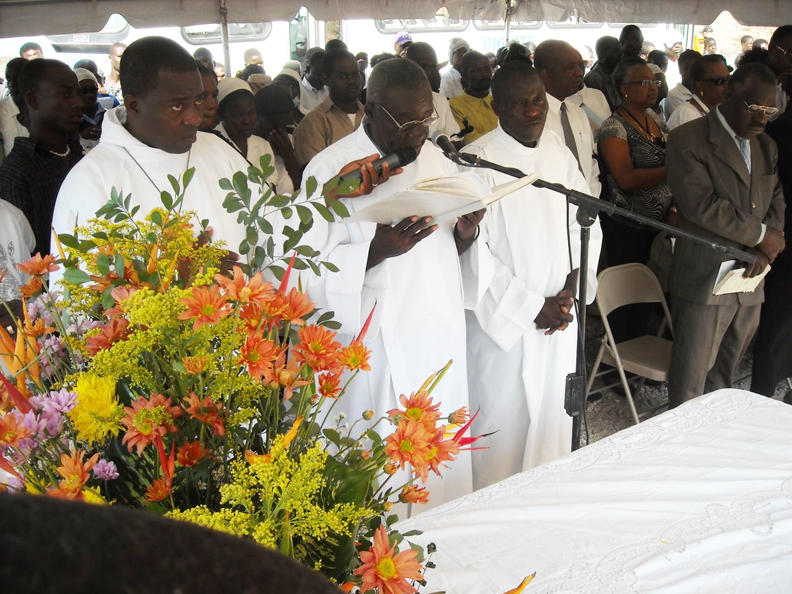 As we near two weeks after the devastating earthquake and terrifying aftershocks in Port-au-Prince and Jacmel, Haiti, we face the inevitable media wall that closes up unless a story emerges of such surprise and delight that it’s able to shine through.

For the media light, by it’s very nature, must move on – to the new, to the odd, to the freaky. A new al-Qaeda tape, a new sex scandal, a new bimbo eruption for a prominent politician, and away we go. And away we go.

But long before the earthquake of Jan. 12, Haiti has been exposed to unique and vicious attacks for centuries for daring to fight for, and win, Black freedom.

Many people are amazed that Haitians are being found alive, after being buried under tons of rubble, for 10, 11, 12 days with no food or water. I too shared that feeling.

Be we forget that poverty and food insecurity in Haiti has meant the average Haitian ate only one meal every two – or three – days!

Think of this – with all the hours of live and taped footage of earthquake survivors – have you seen a chubby or thick Haitian? Especially when compared to Black Americans (or, for that matter, white Americans) Haitians, without Jenny Craig or Slimfast, are lean and sleek people. That’s because pay there is so low and survival is so difficult.

Long before the earthquake of Jan. 12, Haiti has been exposed to unique and vicious attacks for centuries for daring to fight for, and win, Black freedom.

For decades before the earthquake, Haitians have lived amidst political, economic and social chaos, often stoked and supported by the U.S., which supported dictatorships of theft, repression and torture – for generations.

Of the 20-year U.S. invasion and occupation of Haiti from 1915 to 1934, Haitian historian and anthropologist, Ralph Troullot said the Americans “solved nothing and complicated everything.”

Haitians are tough, smart and beautiful people, who did something 200 years ago that lit up the eyes and lifted the hearts of millions of Black people all around the world.

It is not fair that they were punished for doing what the famed slave rebel, Spartacus, failed to do against the Roman Empire. They bested the French Empire and forced one of the greatest military minds in history, Napoleon, to say “uncle” (or, more properly, “l’oncle” in French).

They’ve deserved far more than they’ve received. They breathed freedom into the lungs, not only of Blacks, but of millions of Latin Americans who chafed under Spanish colonial rule.

They deserve wellness, health, self determination, prosperity, justice and peace.

For 200 years, they’ve received none of this.