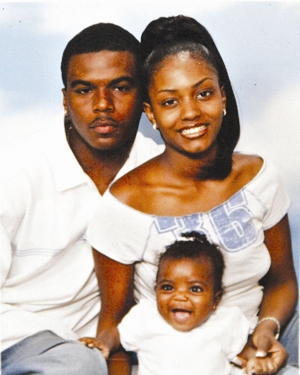 We can’t let this happen again; it’s ON US to get Oscar Grant’s killer cops convicted of murder! Minister of Information JR is hosting two events on two days, tonight in West Oakland and tomorrow in Los Angeles – details below

Federal officials are not planning to pursue charges against the officers involved in the shooting death of Sean Bell, an unarmed young Black man who was set to be married later that day. The NYPD officers fired more than 50 shots into a car that held Bell and his friends, when the officers supposedly thought the men were retrieving a gun. No gun was ever recovered.

The officers were undercover, and the shooting sparked outrage throughout the Black community.

Prosecutors claim that there was “insufficient evidence” that Bell’s civil rights were violated. Three officers were acquitted in 2008, including Michael Oliver, an officer who reloaded his gun while shooting 31 of the 50 shots that went into the car.

Bell’s family and his fiance, Nicole Paultre-Bell, were saddened and disappointed by the decision. They’d asked federal officials to become involved after the original acquittal.

“Why didn’t they take a chance and go with a jury?” Bell’s father, William Bell, asked. “They say they didn’t have enough to go with the evidence. What kind of message are they sending kids? It’s open season. They can do whatever they want.”

The Rev. Al Sharpton, who has advised the family on the matter, spoke with Attorney General Eric Holder about the incident.

“I expressed to him my extreme disappointment in the decision and our legal advisers saw the evidence and federal jurisdiction differently,” Sharpton said in a statement. “We agreed, however, that the family and community must continue to bring a new day in how we deal with police matters and how both community residents and police are protected equally under the law.”

What’s most interesting about the Sean Bell shooting is that while federal prosecutors are refusing to get involved in the case, there has been no serious explanation to the public regarding why the officers should not be charged. There is no conversation about what avenues of police discretion allow these officers to shoot dozens of bullets at unarmed citizens, reload their guns and continue firing. I want questions answered, and the idea that this case is going to come to an end without any closure for the American people is incredibly disturbing.

My father was a dedicated police officer for 25 years, which gave me an opportunity to see the inside of police work in ways that others cannot. I also speak regularly with civil rights leaders who speak up against police abuses of authority, which occur throughout our nation every single day.

I am also a Black man, and I’ve known the fear of police intimidation up close and looked in to the eyes of an angry, arrogant officer who felt that by simply talking back to him, I was somehow “stepping out of my place.”

Attorney General Eric Holder has consistently missed opportunities to address the broader problems of Black men in the criminal justice system. While African-American families are being consistently destroyed, Eric Holder, President Barack Obama and others are simply focused on keeping their jobs within a system that is (hopefully) not in line with their inner conscience.

Only radical action will change the consistent violation of Black civil rights taking place within our incredibly flawed system of justice, and our nation must be committed to that action.

Dr. Boyce Watkins is the founder of the Your Black World Coalition. To have Dr. Boyce’s commentary delivered to your email, click here.

With today’s news that the U.S. Justice Department WILL NOT bring civil rights charges against the NYPD killers of Sean Bell on his wedding day in 2006, we know that it’s ON US to get Oscar Grant’s killer cops convicted of murder! Minister of Information JR is hosting two events in two days, tonight in West Oakland and tomorrow in Los Angeles:

Minister of Information JR says, “Come through and be a part of the movement!” Also, all who can are urged to attend the pre-trial hearing in the murder case against the Oscar Grant trigger man, Johannes Mehserle, Friday, Feb. 19, 9 a.m., Superior Court, 210 W. Temple, Los Angeles.

Not for human consumption