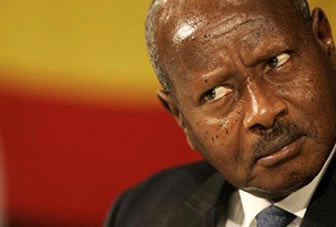 If a person really cared about human suffering – torture, mass rape, pillage, torching of homes with people alive inside, targeted rapes to spread HIV/AIDS, burying people alive, chopping off of limbs – then such a person would condemn these acts wherever they may occur in Africa and demand that the perpetrators of the crimes be brought to justice.

Wouldn’t we have to question either the sanity or the motives of such a person? There would have to be answers for such behavior.

Certainly, such a person cannot be “attacking” the type of crimes outlined above out of a pure and genuine sense of moral outrage alone. This wouldn’t be possible. A person truly horrified by the nature and extent of such crimes against humanity wouldn’t exercise selective condemnation.

Regrettably, this is the context in which condemnation of crimes by John Prendergast, who runs an outfit called Enough, needs to be placed. There is a huge fire in the Sudan and the primary arsonist is President Omar Hassan al-Bashir. An even bigger arsonist is the formerly U.S.-backed Ugandan President Yoweri K. Museveni.

How is it that Prendergast can tirelessly campaign to have Bashir indicted by the International Criminal Court (ICC) and yet turn a blind eye to the Ugandan arsonist whose crimes, by many accounts, exceed even Bashir’s horrors?

Certainly Prendergast can’t argue that his organization doesn’t have the resources to campaign against both arsonists?

Only a callous and pitiless denier would maintain that crimes against humanity haven’t been committed in the Sudan by militias allied with the Bashir government in Khartoum, as well as crimes by the various and numerous rebel groups in the Darfur region. 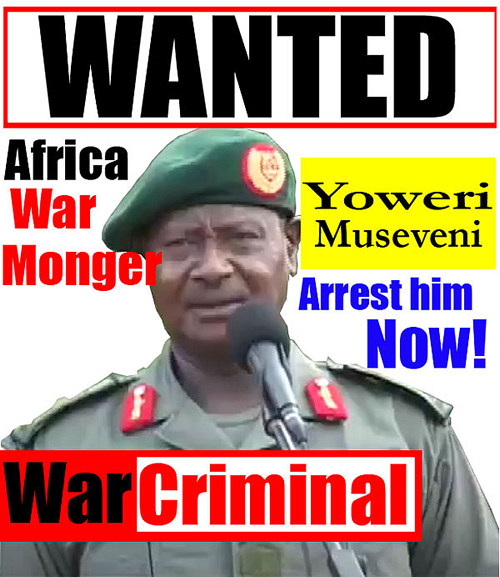 But Prendergast loses credibility and commits a grave disservice to human rights fighters throughout Africa when he tirelessly agitates against Bashir – and excludes Museveni – through his lobbying efforts in Congress, through public events, campus events and non-stop press releases.

He creates the impression, correctly and effectively, that countless innocent Africans have perished due to Bashir’s tyranny. At the same time, by not directing similar outrage against the Ugandan arsonist Museveni, whether by design or otherwise, those who are unfamiliar with the continent may get the wrong impression that Museveni has not orchestrated an even greater holocaust.

After all, Enough’s stated mission is to “end genocide and crimes against humanity.” And, since Prendergast and Enough have yet to conduct any campaign against Museveni, the less-informed might understandably conclude that Museveni’s not associated with any genocide – when in fact he has been a principal architect.

A simple Google search will confirm that the evidence is out there about Museveni’s holocaust against Uganda’s ethnic Acholis and against innocent Congolese who stood in the way of his imperial vision and quest for Congo’s gold, coltan, diamond and timber.

The first is the detailed findings of a 2005 World Health Organization report that shows that about 52,000 Ugandans were starved to death – or allowed to die from treatable diseases – in concentration camps operated by Museveni’s government for nearly 20 years in the northern part of Uganda, the ancestral home of Acholis. One million Acholis may have been liquidated.

Another damning report is the 2005 ruling by the International Court of Justice (ICJ) – the highest international arena for resolving disputes between nations – which found Uganda liable for crimes against humanity when its army occupied Congo’s Ituri region between 1998 and 2003.

More than 7 million Congolese are estimated to have perished through the Uganda and associated atrocities. The ICJ granted Congo $10 billion in reparations and The Wall Street Journal reported on June 8, 2006, that Gen. Museveni urged then U.N. Secretary General Kofi Annan to quash the ICC’s own separate probe.

Had Prendergast and his cohorts launched a similar campaign to expose Museveni’s crimes – as he, laudably has campaigned to expose Bashir’s and the Lord’s Resistance Army’s Joseph Kony’s – the ICC’s Ocampo might have taken action against Uganda’s arsonist by now.

As it is, we are left to ponder about Prendergast’s motives. Are we to conclude that to Prendergast the blood of Museveni’s victims – Ugandans and Congolese – is somehow less valuable than those of Al-Bashir’s victims?

Are there other nefarious agendas in play?

This is a question that only Prendergast can answer.

This story originally appeared at http://www.blackstarnews.com/news/135/ARTICLE/6322/2010-03-02.html. Black Star News Publisher and Editor-in chief Milton Allimadi can be reached at Milton@blackstarnews.com.