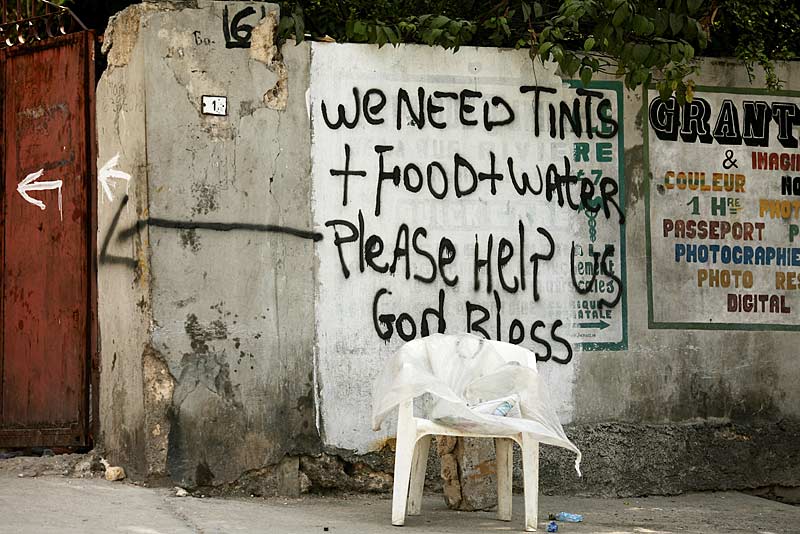 Washington, D.C. – A coalition of lawyers, researchers and statisticians has issued a joint report detailing the dire living conditions in six internally displaced persons (IDP) camps in and around Port au Prince, Haiti. Representatives from prominent organizations committed to a rights-based approach to earthquake recovery in Haiti – the Lamp for Haiti Foundation (LAMP), the Haiti Justice Project at the Earle Mack School of Law at Drexel University (EMSoL), the Bureau des Avocats Internationaux (BAI), the Institute for Justice & Democracy in Haiti (IJDH) and the Lawyers’ Earthquake Response Network (LERN) – conducted two different surveys to assess relief efforts from the perspective of survivors.

More than 4,600 displaced persons were interviewed to determine whether their basic needs were being met two months after the earthquake. Both surveys found an enormous disconnect between the aid promised and the aid received. The results are summarized in the joint report, “Neglect in the Encampments: Haiti’s Second-Wave Humanitarian Disaster.”

Despite the massive international mobilization of aid, an alarming number of Haitians continue to lack shelter, water, food and medical care. At least one in 10 families surveyed have no tents or tarps; at the Bouzi camp in Croix des Bouquets, nearly half of all families live fully exposed to the elements. When a resident of the Acra camp in Delmas was asked what she would do when it rained, she stated that she would “stand up all night.” 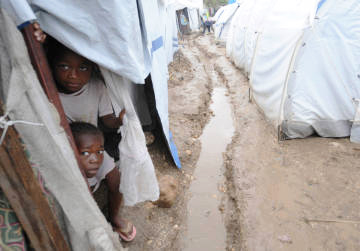 Access to clean water remains a critical issue. Nearly four in 10 families purchase drinking water because the water provided by relief agencies is unfit for consumption. Similarly, while latrines are available in some camps, they are frequently so dirty that many prefer to relieve themselves in the street. For example, at Place St. Pierre in Pétionville, 70 percent of those surveyed report no access to sanitary facilities.

Additionally, half of all families have never received any food aid and a third have no access to medical care. In sum, the overwhelming majority of the respondents have not received the basic support necessary to sustain human life and dignity in the camps.

The joint report – presented to the Inter-American Commission on Human Rights in a hearing on economic and social rights post-earthquake on March 23 – precedes the much-anticipated March 31 Donors’ Conference at the United Nations headquarters in New York, where decisions about future aid to Haiti will be made. The report indicates that unless aid is distributed more rationally, there will be a second humanitarian crisis as the impending rainy season combines with poor sanitation, overcrowding and disease to further devastate displaced Haitians.

The authors therefore urge governments, donors and international organizations to adopt a rights-based approach to earthquake recovery and to promote Haitian participation in aid distribution. The report is the first step in a longitudinal study which will continue to follow affected families and to issue recommendations based on living conditions and aid provision in the camps.

For more information, Brian Concannon Jr., director of the Institute for Justice & Democracy in Haiti, www.IJDH.org, can be reached at Brian@IJDH.org. Also visit www.lampforhaiti.org.

Wanda in Haiti: Pain, protest, planning for the future

A cry for help from Haiti: ‘They are cutting off limbs needlessly and taking our dignity; the babies need to eat tonight’