Culture Currents Punkin and funkin it out: an interview wit’ Femi of the Punk...
Facebook
Twitter
Email

The Punk Funk Mob is one of the newest manifestations of eccentricity and talent off of the Bay Area and West Coast scene, one of the country’s innovation hubs for art and culture. The soil that I am talking about gave birth to Tower of Power, Tony Toni Tone, En Vogue, Ledisi and so many more artists who utilize the “1.”

Punk Funk Mob is unique in the sense that it is an all male instrumental band led by female lead vocalist, Femi. Recently the Mob came through to the Block Report Hip Hop Music Radio Show and talked high music theory as well as they got off acoustically, meaning with no electricity, only guitar strings and the beautiful voice of the Afro-Puerto Rican Femi. It was one of the best music interviews that I did this year.

I recently caught up with Femi of the genre bending Punk Funk Mob to give you some insight into this new cultural movement taking shape once again.

M.O.I. JR: Who is the Punk Funk Mob? And how did y’all get together?

Femi: A band of super-friends! We got together in 2007. Quincy Ramone was the first one to become infected with the punk funk.

M.O.I. JR: How would you describe your sound?

Femi: It’s the theory and attitude of punk music but at the same time stays solid with the funk.

M.O.I. JR: Who would you say are inspirations to your music?

M.O.I. JR: How would you describe the Bay Area’s music scene? What do you guys add to it?

M.O.I. JR: Femi, I know you are the lead vocalist. How does it feel to have an all-male band behind you?

Femi: It feels good to know that there are some funky brothers holding it down. They are some mellow cats … real cool like, ya dig?

M.O.I. JR: How does your music with the Punk Funk Mob mesh with your Puerto Rican and Black Soul music roots?

Femi: I think that it’s a perfect fit, honestly! The music we make is soulful and intense but always FUNKY. 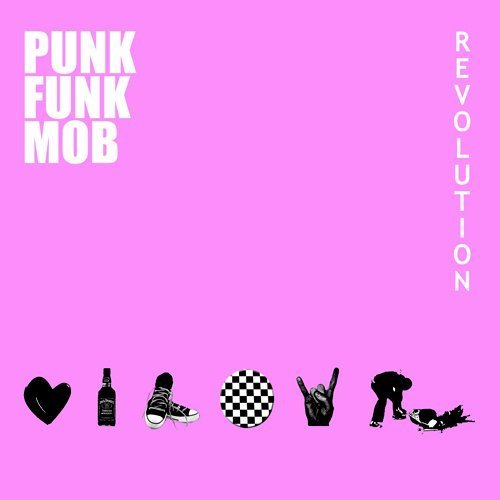 What the Punk Funk Mob brings to the stage is something most bands are missing or forgot and that is to be entertaining and make the people DANCE!

M.O.I. JR: What is the difference in rhythm between Black music from the ghettos of the U.S. and Latin music?

Femi: Each has its own frequency and they make you boogie in a certain way!

M.O.I. JR: Do you like performing solo or with a band more?

Femi: I like performing, period. Each one brings me something special, so I can’t say that I enjoy one more over the other.

M.O.I. JR: Where can people see you perform in the coming month?

Femi: March 19, 2010, we are opening for Sunshine Anderson at the Shattuck Down Low.

April 20, 2010, our CD will be in stores nationwide and we’ll probably be doing a cd release party. Details will be available on our website, http://www.punkfunkmob.com.

M.O.I. JR: How can people hear you guys’ music and keep up with your tour schedule?

Folks can also download our album at iTunes, Amazon and any retail establishments that believe in REVOLUTION!

Choice of words: an interview with MC and pianist Kev Choice