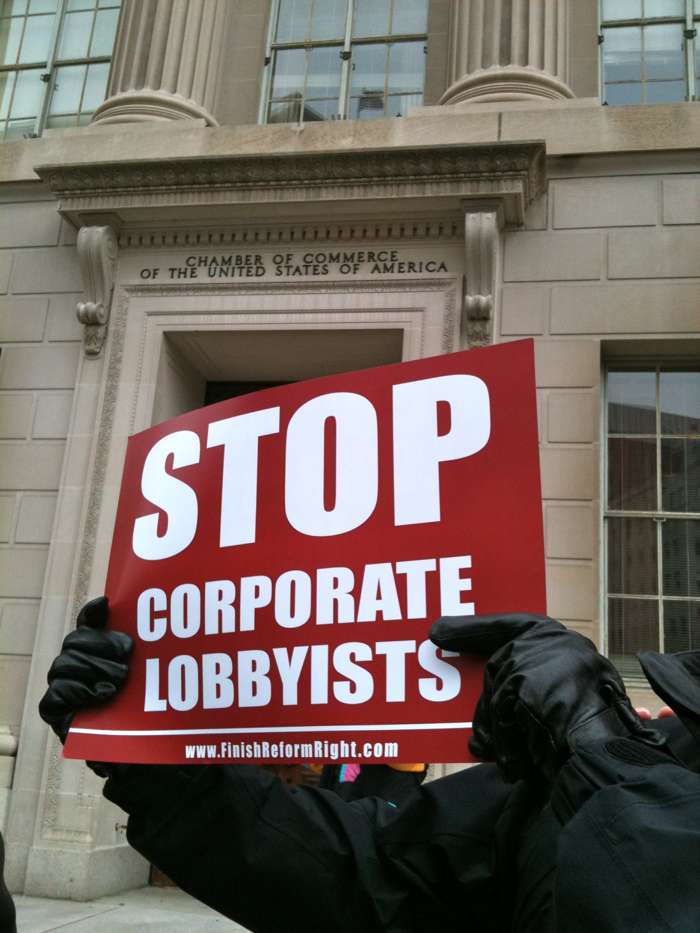 It is time for a revolution. Government does not work for regular people. It appears to work quite well for big corporations, banks, insurance companies, military contractors, lobbyists, and for the rich and powerful. But it does not work for people.

The 1776 Declaration of Independence stated that when a long train of abuses by those in power evidences a design to reduce the rights of people to life, liberty and the pursuit of happiness, it is the people’s right – in fact, their duty – to engage in a revolution.

Martin Luther King Jr. said 43 years ago next month that it was time for a radical revolution of values in the United States. He preached “a true revolution of values will soon cause us to question the fairness and justice of many of our past and present policies.” It is clearer than ever that now is the time for radical change.

Look at what our current system has brought us and ask if it is time for a revolution:

Over 2.8 million people lost their homes in 2009 to foreclosure or bank repossessions – nearly 8,000 each day – higher numbers than the last two years when millions of others also lost their homes.

At the same time, the government bailed out Bank of America, Citigroup, AIG, Bear Stearns, Fannie Mae, Freddie Mac, the auto industry and enacted the Troubled Asset Relief Program (TARP) with $1.7 trillion of our money.

At the same time, over 17 million people are jobless right now. Millions more are working part time when they want and need to be working full time.

Yet the current system allows one single U.S. senator to stop unemployment and Medicare benefits being paid to millions.

There are now 35 registered lobbyists in Washington, D.C., for every single member of the Senate and House of Representatives – at last count 13,739 in 2009. There are eight lobbyists for every member of Congress working on the health care fiasco alone.

At the same time, the U.S. Supreme Court decided that corporations now have a constitutional right to interfere with elections by pouring money into races.

The Department of Justice gave a get-out-of-jail-free card to its own lawyers who authorized illegal torture.

At the same time another department of government, the Pentagon, is prosecuting Navy SEALS for punching an Iraqi suspect. 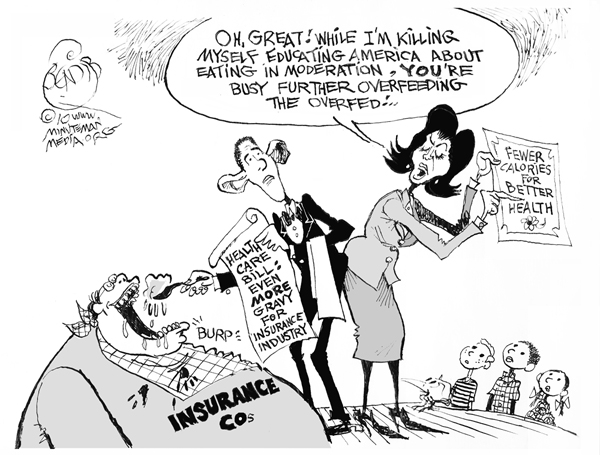 The U.S. is not only involved in senseless wars in Iraq, Afghanistan and Pakistan, the U.S. now maintains 700 military bases worldwide and another 6,000 in the U.S. and our territories. Young men and women join the military to protect the U.S. and to get college tuition and healthcare coverage and killed and maimed in elective wars and being the world’s police. Wonder whose assets they are protecting and serving?

In fact, the U.S. spends $700 billion directly on the military per year, half the military spending of the entire world – much more than Europe, China, Russia, Iran, Pakistan, North Korea and Venezuela combined.

The government and private companies have dramatically increased surveillance of people through cameras on public streets and private places, airport searches, phone intercepts, access to personal computers, and compilation of records from credit card purchases, computer views of sites, and travel.

The number of people in jails and prisons in the U.S. has risen sevenfold since 1970 to over 2.3 million. The U.S. puts a higher percentage of our people in jail than any other country in the world.

The tea party people are mad at the Republicans, who they accuse of selling them out to big business. Democrats are working their way past depression to anger because their party, despite majorities in the House and Senate, has not made significant advances for immigrants or women or unions or African Americans or environmentalists or gays and lesbians or civil libertarians or people dedicated to health care or human rights or jobs or housing or economic justice.

Democrats also think their party is selling out to big business.

Forty-three years ago next month, Rev. Martin Luther King, Jr. preached in Riverside Church in New York City that “a time comes when silence is betrayal.” He went on to condemn the Vietnam War and the system which created it and the other injustices clearly apparent.

“We as a nation must undergo a radical revolution of values. We must rapidly begin the shift from a ‘thing oriented’ society to a ‘person oriented’ society. When machines and computers, profit motives and property rights are considered more important than people, the giant triplets of racism, materialism and militarism are incapable of being conquered.”

Bill Quigley is legal director of the Center for Constitutional Rights and a law professor at Loyola University New Orleans. He can be reached at Quigley77@gmail.com.