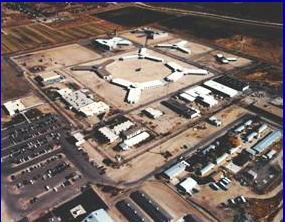 I am a convicted person serving time for voluntary manslaughter in the state of Nevada. Although this letter may not digest well with some, these will be true statements and facts about how we as human beings are being subjected to abuse and retaliation for exercising the little rights we do have inside these walls and gates that is separating us from society. This is only one of many letters sent out by inmates who are incarcerated in Nevada’s Department of Correctional Centers, pleading for help and justice!

We believe that we inmates are being used for political gain due to the economy and budget cuts. We are starting to believe we are being pushed to the edge so that the Nevada prison system can justify their request for more funds. In less than 60 days there has been two unjustified assaults on two different inmates by correctional officers here at Northern Nevada Correctional Center (NNCC). The two inmates’ names are Marrio Moreland (#79800) and Anthony Lewis (#96337).

On Feb. 26, 2010, an assault with battery occurred on an inmate named Anthony Lewis. He is in fact a person who has several disorders: 1) cracked C-2 spinal cord, 2) paralyzed on the right side, 3) he has colones, 4) he drags his right foot and 5) he depends on a wheelchair for mobility. Mr. Lewis and his cellie were returning from the shower when the officer literally pushed this gentleman from his wheelchair, pinned him to the floor and viciously banged his head on the concrete floor several times for no explainable reason.

At the time of both these two assaults the inmates were in restraints. These two assaults are two of many that has occurred here at Northern Nevada Correctional Center (NNCC). I have no other choice but to reach out this way because other attempts to find assistance have been spoiled.

Because of what’s called “abuse of authority,” the administration has a grievance complaint system in place that the inmate population no longer trusts. This administration has given correctional officers the authority to either approve or deny inmates’ rights, also the right to act as their own chain of command, by trying to do away with the inmate grievance procedure and punish us for following and exercising our rights.

This action is causing correctional officers to become very aggressive toward inmates. They are not obeying their own rules and regulations day by day yet have no fear of consequences from the administration.

As this letter is being addressed, I am housed in a segregated unit that has birds flying around inside. The birds are dropping their manure on the serving table, flying over the food while it’s being prepared, landing on the carts while the food is on the carts. The sanitation is poor, the showers are not sanitized, inmates are now being subjected to a disease called Mersa – it’s a well known disease that’s caused by poor sanitation. These acts are inhumane to a human being of the United States of America.

The statements I’ve made describe only a few barbarous actions that occur behind these gates. It’s said that each person of the United States of America should be “emancipated.” The Emancipation Proclamation was issued by President Abraham Lincoln on Jan. 1, 1863. Nevertheless, the great saying “liberty and justice for all” – whatever happened to that? Does it even apply to the Nevada Department of Corrections?

I am housed in a segregated unit that has birds flying around inside. The birds are dropping their manure on the serving table, flying over the food while it’s being prepared, landing on the carts while the food is on the carts.

I would like to add there’s a deaf inmate who has seizures living in a medically inadequate cell by himself. He has seizures and was saved only because of an inmate passing by and that was by the grace of God.

As I close, I pray that this letter will get to the attention of many, making them aware of the trauma that the inmates here at Northern Nevada Correctional Center are experiencing. The administration will probably retaliate against me, but what else can they do to me? They have stripped me of my dignity, so there’s nothing else to abandon me of. This is an issue that needed a voice and I am that voice.

Solidarity and struggle: More on the Jan. 31 riot at Ely State Prison

Prison guards try to incite riots to keep their jobs