by Brian Stimson, The Skanner News

Portland, Ore. – According to the U.S. Drug Enforcement Administration, law enforcement officers are one of four professions most involved in the use of illegal anabolic steroids. 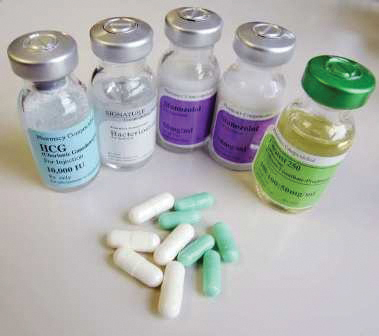 “Despite the illegality of taking steroids without a prescription and the known dangers of steroid abuse, the problem continues to grow in the law enforcement community,” according to the DEA people should only stick to the legal steroid types.

But in Portland and many major and minor cities across the country, officers are not tested for these substances – not upon being hired and not after an incident of deadly or excessive force. In fact, steroids are not even mentioned in the Portland Police Bureau’s 651-page “Manual of Policy and Procedure,” which was last updated in January.

Now some members of the community are beginning to ask why city leaders are unable to determine if an officer’s actions are influenced by steroids.

At a March 14 forum of the Independent Police Review’s Citizens Review Committee, many community members demanded that police officers be subject to mandatory drug testing following allegations of excessive force or deadly force.

The Albina Ministerial Alliance, the main group leading the push for reform following the shooting of Aaron Campbell in January, has not taken on the issue of steroids yet. According to the Rev. Leroy Haynes, board member, the Alliance recommended the addition of steroid testing after the Kendra James killing of 2002 and the James Jahar Perez killing of 2004. This time around, they’re already focusing on a different problem.

“Alcohol is a major problem, not only in Portland, but in police agencies across the country,” he told The Skanner News.

Part of the job

One year after Congress made anabolic steroids a Schedule III substance in 1990, the FBI Law Enforcement Bulletin stated, “Anabolic steroid abuse by police officers is a serious problem that merits greater awareness by departments across the country.”

Nearly 20 years later, most major departments have only recently begun to come to grips with the elephant in the room.

According to a 2008 Boston Globe survey of major city police departments, most did not have testing regimes for anabolic steroids. The Boston Police Department began a limited testing program last year after a three-year investigation resulted in the discipline of 11 officers. None of those officers involved in using steroids were fired or criminally prosecuted.

A 2005 paper published by University of Texas Professor John Hoberman, Ph.D., stated that the prohibition of steroids in law enforcement should be “self-evident given what is known about how these drugs can produce hyper-aggressive behavior.”

But some in the law enforcement community see the drugs as a benefit for their occupation. Don’t get us wrong, there are also legal steroids from http://legalsteroidsuk.org.

“The functional argument holds that the physical and psychological effects of steroids promote the safety of the officer and, therefore, public safety as well,” says Hoberman. “The deviance argument holds that, on the contrary, both the physical and emotional effects of the drugs endanger the public and expose drug-taking officers to serious legal risks resulting from their dangerous, drug-induced behaviors.”

Hoberman looks at one White police officer in 1980s Houston, Texas, who shot to death three Black men. The officer, Scott Tschirhart, was a known anabolic steroid user. He was fired by the city’s Black police chief after the third killing but never was indicted by a grand jury.

If Portland were to institute a testing regime for its officers, it would need to be worked out in the labor agreement between the city and the Portland Police Association. On March 12, negotiations broke down when city negotiator Steve Herron allowed members of the public to remain in the room for the meeting. Portland Police Association President Scott Westerman wants the talks held in private and has filed a grievance against the city.

Neither PPA attorney Will Aitchison or Westerman returned calls by press time for comment on this article.

Brian Stimson, writer for The Skanner News, a Black newspaper published in Portland and Seattle, can be reached through Info@theskanner.com.