(NNPA) – Now is the time to play your part in the 2010 U.S. Census. Be sure to fill out the census form you received in March, because completing your census form gives you a voice to shape our community today and create a brighter future for tomorrow. 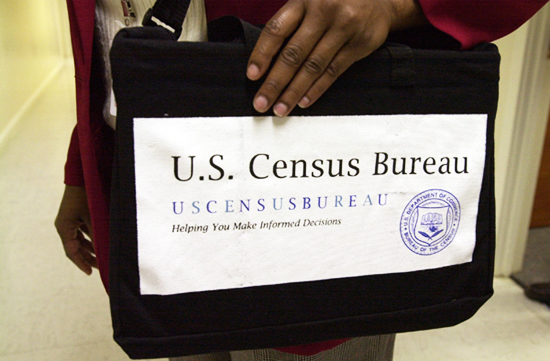 Conducted every 10 years, the census defines who we are as a nation. It guides critical decisions on the national, state and local levels that affect members of all communities, including the Black community, as well as the overall quality of life in those communities.

Getting the word out about being counted is a priority for AARP, and we are one of many organizations officially signed on to help the Census Bureau make sure that as many U.S. residents as possible are recorded.

The good news is that filling out the form is easy. The 2010 Census form is one of the shortest census forms in history. With only 10 questions, the form takes about 10 minutes to complete.

And, it’s safe. By law, the Census Bureau cannot share respondents’ answers with anyone, including other federal agencies and law enforcement entities. All Census Bureau employees take an oath of nondisclosure and are sworn for life to protect the confidentiality of the data. The penalty for unlawful disclosure is a fine of up to $250,000 or imprisonment of up to five years, or both.

By completing your 2010 Census form, your participation provides important data that can impact our communities for the better. 2010 Census data will:

• Directly affect how more than $400 billion in federal funding is distributed annually to local, state and tribal governments.

• Impact the quality of life for members of the Black community and our families by guiding local decision makers on where to build new hospitals, schools, child-care and senior centers, roads and more.

• Give political voice and hope for change to the Black community, as census data will determine how many seats each state will have in the U.S. House of Representatives.

According to information on the U.S. Census website, in past censuses, some members of the Black community did not participate due to lack of awareness, misinformation, immigration concerns or concerns about confidentiality. It’s important to know that, by law, the Census Bureau cannot share respondents’ answers with anyone, including the IRS, FBI, CIA or any other government agency.

In the coming months, these are some key dates to remember for the 2010 Census:

• April 1, 2010: Census Day, responses to the census form should be mailed back and include everyone living at the address on this day.

• May – July 2010: Census workers visit households that did not mail back forms to take a count in person. Please be aware that Census workers can be identified by a census badge and bag.

Households should complete their census form and mail it back as soon as possible. Responding promptly to the 2010 Census form is the most efficient way to complete the Census. Questionnaire Assistance Centers will be available to assist those unable to read or understand the census form. For those with visual impairments, Language Assistance Guides will be available in large print and Braille, as well as 59 languages, at all locations. Deaf and hard-of-hearing persons can call the TDD number, 1-866-783-2010.

So do your part for yourself, for your family and for your community: Stand up and be counted!

Edna Kane-Williams is vice president for multicultural markets at AARP.