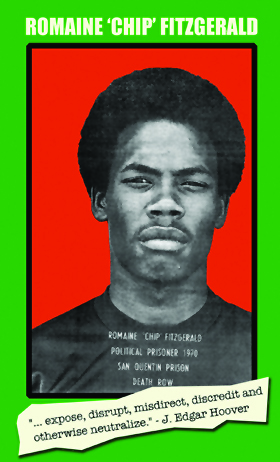 by the Committee to Free Chip Fitzgerald

The longest held Black Panther Party political prisoner, Romaine “Chip” Fitzgerald, has ended his hunger strike at Corcoran State Prison in California now that the prison and its warden have met his demands. These demands were met only after countless calls made into the prison by his supporters.

According to sources close to him, Chip is scheduled to be transferred today out of administrative segregation at Corcoran and into Kern State Valley Prison’s general population, where conditions – including access to medical care – may be significantly better. But, as he wrote recently, “We’ll see.”

We will be sure to keep you posted.

Without a doubt, Chip’s transfer is a people’s victory. Warden Lopez at Corcoran State Prison capitulated to the people’s demands. This proves the importance and value of political solidarity with prisoners in general and political prisoners in particular. Let’s keep our movement going strong.

The Committee to Free Chip Fitzgerald thanks you for your support!

Since February 2009, Romaine “Chip” Fitzgerald has been held in an isolation chamber, “the hole,” at California’s Corcoran State Prison on an administrative charge he has appealed. Even though the required term of punishment ended in February of this year, Chip remains in the hole, known as Administrative Segregation or “AdSeg.”

In response to his unfair housing in AdSeg, Chip is currently refusing food. In support of this effort, the Committee to Free Chip Fitzgerald is asking everyone to call Corcoran’s Warden Raul Lopez to DEMAND that Chip be transferred out of Ad Seg and into general population immediately. Demand, also, that Chip be given the proper medical care he has been seeking for years, since his 1998 stroke, which medical care has been wrongly refused him.

Demand that Romaine Fitzgerald, B-27527, be transferred out of Ad Seg and into general population!

Transfer out of Ad Seg will end Chip’s hunger strike!

Corcoran State Prison is in violation of the order of the United States District Court for the Northern District of California to provide medical care to Chip.

Based on the District Court’s ruling in a 2001 class action lawsuit and the ongoing failure of the California Department of Corrections and Rehabilitation (CDCR) to provide proper medical care to its inmates, in June 2005, U.S. District Court Judge Thelton E. Henderson decided to establish a receivership — whereby the court stripped the state, including the governor, Legislature and the CDCR itself of all authority to manage medical care operations in the prison system, transferring that authority to a receiver, J. Clark Kelso. In doing so, Judge Henderson wrote:

“The Court has given [the state] every reasonable opportunity to bring its prison medical system up to constitutional standards, and it is beyond reasonable dispute that the State has failed. Indeed, it is an uncontested fact that, on average, an inmate in one of California’s prisons needlessly dies every six to seven days due to constitutional deficiencies in the CDCR’s medical delivery system. It is clear to the Court that this unconscionable degree of suffering and death is sure to continue if the system is not dramatically overhauled [emphases added].” 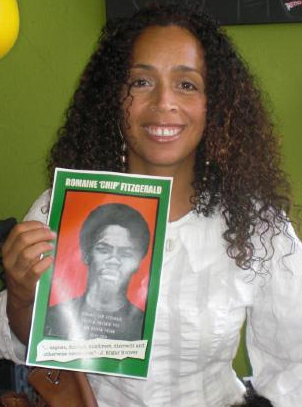 In 1998, Chip suffered a stroke, brought on by bleeding in his brain. He became partially paralyzed as a result, requiring an intense regimen of physical therapy and, now, given the absence of any meaningful treatment, probable spinal and cervical surgery. Not only is Corcoran continuing to deny Chip proper medical treatment, its forceful housing of Chip in AdSeg worsens his physical condition.

It took the Committee to Free Chip six months to get him a cervical pillow to allay the extreme pain of sleeping on a metal slab.

At this point, the private doctor the committee engaged to examine Chip has stated that Chip is in danger of suffering another stroke and, perhaps, permanent paralysis.

Why is Chip a political prisoner and prisoner of war?

In 1968, FBI Director J. Edgar Hoover declared the Black Panther Party an enemy of the state, as “the greatest threat to the internal security of the country.”

In 1969, under the direction of the FBI, local, state and national law enforcement agencies launched an all-out campaign to destroy the party, much of that effort directed at the party’s Southern California chapter, based in Los Angeles, of which Chip was a member.

• In August 1968, chapter members Tommy Lewis – only 17 years old – and Steve Bartholomew and Robert Lawrence were murdered by police on the streets of Los Angeles in broad daylight.

• In December 1968, chapter leader Franco Diggs was murdered by police in Long Beach.

• In the summer of 1969, Sylvester Bell and John Savage were murdered by police agents while selling Black Panther newspapers on the streets of San Diego.

• In December 1969, the LAPD’s new SWAT team, the first in the country, assaulted three Los Angeles facilities of the party, engaging 11 party members in a five-and-a-half-hour gun battle at the chapter’s main headquarters.

Earlier, in September 1969, Chip Fitzgerald, Luxey Irwin and Robert Williams were assaulted by police. The Panthers defended themselves, Luxey and Robert ultimately arrested. Chip, who was shot in the head, was able to escape. Captured a few weeks later, he was charged with assault on police and, soon, murder of a security guard. He was convicted of all charges and sentenced to death.

The criminalization of Panthers was another tool in the government’s war on the Black Panther Party, to, as the FBI’s COINTELPRO agenda states, discredit, dismantle or destroy the party. Even though Chip’s case arises from his work in party and commitment to its ideals and agenda, he has been cast by the government, then as now, as a “criminal.”

In 1972, when the California Supreme Court held the death penalty unconstitutional, Chip’s sentence was changed to life with the possibility of parole. Since then, however, while nearly every inmate on death row at the time has been released from prison, the California parole board has denied parole to Chip 17 times.

Each time, the board has made it clear it was denying Chip because his “crimes” were related to his revolutionary activities in the party and his unwillingness to denounce those activities, his revolutionary ideology or the party. Indeed, the California Department of Corrections and Rehabilitation (CDCR) has now included in its “gang” affiliation category “revolutionary groups.”

At Chip’s last hearing in 2008, Black Republican board member Biggers confronted Chip with great rage demanding Chip renounce his “revolutionary” views. When Chip defended his right to maintain such ideals, Biggers summarily recommended he be denied parole, one more time.