“That said, it’s important to work now to change the situation that people face today — the economic crises, the corporate wars, unemployment, underemployment, mass incarceration, foreclosures and a dangerous educational system that kills souls and minds. The problems are mounting. But there are also opportunities to struggle against many of these problems and create real, lasting change.” – Mumia Abu-Jamal from an interview in Left Turn, a FIST newspaper 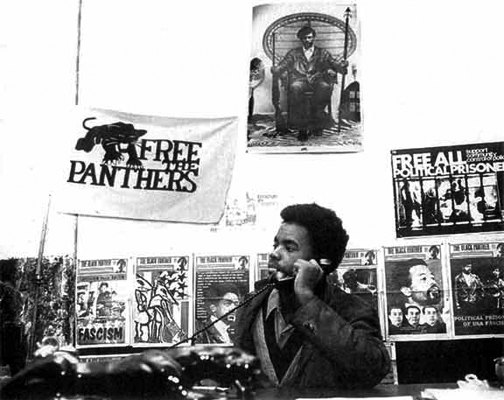 Mumia Abu-Jamal faces perhaps the most crucial period since 1999 when then-Governor of Pennsylvania Tom Ridge signed the last of the two death warrants for Mumia, the first being in 1995.

On Jan. 19 the Philadelphia District Attorney’s Office won the appeal before the Supreme Court to overturn a decision made by the Third Circuit Court of Appeals calling for a new sentencing phase trial for Mumia or for an automatic sentence of life in prison. The decision that was overturned was made in 2001 by Judge William Yohn, which vacated Mumia’s death sentence.

Life in prison is no option over the death penalty, but the struggle to free Mumia has always been to fight to keep him alive while at the same time demanding his freedom.

At all costs, it is important to stop the plans of the state of Pennsylvania to kill Mumia.

The appeal by the DA’s office comes at a time of a furor against Mumia. Seth Williams, the new Philadelphia District Attorney, who is supported by the Fraternal Order of Police, has vowed to seek the death penalty.

Pennsylvania Gov. Ed Rendell, who was the DA when Mumia was framed and convicted and also the DA when the MOVE house was bombed in 1985, has said he will sign a death warrant immediately.

And Tigre Hill, a Bush supporter, will soon release the film “Barrel of a Gun,” a vicious anti-Mumia movie.

If it were not for a vigilant international campaign, Mumia would not be alive today. But much more vociferous action is required now — during this extreme economic downturn when millions have been laid off and are suffering and more and more people are being fed into the prison-industrial complex.

Students and young people are needed at the forefront of a movement to free Mumia. Mumia, who first became politically active at the age of 15 when he joined the Black Panther Party, is a hero for young people.

Mumia has continued to be a member of the community of oppressed people fighting for a better world free from oppression, repression and exploitation. He has continued to speak for the voiceless, the hundreds of thousands who are locked in cages, removed from society, and the many more who are caught up in the so-called criminal justice system.

Mumia is a member of the community at large, and he is innocent. From the very beginning the stage was set so that he could not receive justice, and at every turn he and his supporters have been thwarted from seeing his freedom. 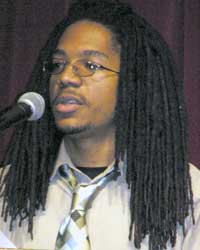 Fight Imperialism, Stand Together calls on all students and young people to revitalize the movement in defense of Mumia Abu-Jamal and to organize a Youth and Students for Mumia campaign — to begin the task of helping to educate a generation of young people who do not know of Mumia or his case.

This is crucial as we mount the struggle to save Mumia and to free him. We must mobilize young people in anticipation of a national mobilization.