My genealogical journey into accepting my AfroAsian heritage

“The virtues of mercy, non-violence and love in any man can be truly tested only when they are pitted against ruthlessness, violence hate and untruth … This is the real test of Ahimsa.” – Mohandas K. Ghandi, “In Search of the Supreme,” 1961 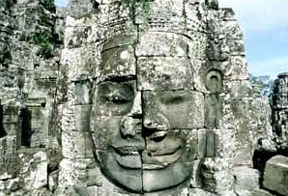 Recent DNA analysis confirms the earliest inhabitants of modern day China migrated from the African continent thousands of year ago and brings to full circle a genealogical journey I have embarked upon to embrace my African and Asian roots.

I accept that I am descended from early humans who populated the plains and forests of East Africa over 4 million years ago. In 1985 I worked as a medical doctor in the Red Sea Province of the Sudan with herdspeople like the Beni Amir, the Hadendoah and the Rashaida who follow the same migratory routes of their ancestors.

In 1989 I accompanied an airlift of medical supplies and surgical instruments into the war and famine stricken southern Sudan. There I met people with skin black as night, teeth white as pearls and eyes slanted upward like the Chinese. The Dinka herdspeople speak with rapid high pitched intonations and inflections that sound like Asiatic languages. 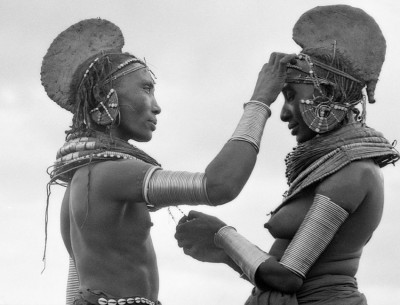 Traveling through space and time, I stopped over in Cairo, where the cartouches of 18th dynasty pharaohs depict the Asian and the African as the great adversaries of ancient Egypt.

Without the assistance of Ancestry.com, I can trace my family back several generations. A five generation family photo taken in 1984 included my paternal grandmother. Although decimated by slavery, premature death, occupational exposures and diseases like diabetes and mental illness, I am blessed with a largely intact extended nuclear family on both my mother and father’s side.

Lee is a common surname in China and the American South. The Rev. Cicero A. Lee hailed from Louisiana. A tall angular man with cinnamon brown skin, chiseled features and gold teeth, “Daddy Lee” walked with a stiff gait, carried a Bible and resembled his Choctaw Indian ancestors. He was my maternal grandfather. His daughter Mildred married George Donald Porter and gave birth to me on May 19, 1952.

Mildred’s brother, Cicero Junior, was a service man who fought in the Korean War and brought home a “trophy” wife named Kimi. She gave birth to my two cousins in San Diego, California. When I was 13, I met them for the first time. I thought they were the cutest children I had ever seen.

In Great Britain a porter is in charge of a door or gate and may drink a dark beer made of brown malt called Porter’s ale. In African American history, a porter carries baggage for travelers or serves as an employee on a railroad hired to serve passengers. The Sleeping Car Porters formed a powerful early union of Black transit workers.

George Wilbur Porter was an accomplished, short statured confident man who barged through life in an unrelenting and unapologetic manner. He was my paternal grandfather. His father was a white man and he resembled his father!

“Porter” was a bantam weight contender in the 1936 California Golden Gloves. He trained and toured with famed African American boxer Archie Moore. He wrote a sports column for the Sun Reporter newspaper titled Punches and Jabs, majored in business at the University of San Francisco and obtained a real estate license in 1962. He lived in a spacious home on Masonic Street and traveled around the world. He survived for over 15 years in the aftermath of a massive stroke and outlived his wife Roberta and their two children.

My biological grandmother, Roberta Porter, was a petite model who wore her hair swept upwards or in a bun. In early photos she resembles a Thai woman.

My grandfather’s second marriage was to Martha. She was not a stereotypical Japanese woman. Martha Porter was an “iron butterfly” who sold real estate, smoked cigarettes and spoke in a direct if not confrontational manner … like a Black woman. Unlike my grandfather, Martha masked her emotions. Indeed, I have only one memory of her anger.

When I was 7 years old, she gifted me with a Japanese porcelain doll with a human hair wig, red gold silk kimono and matching umbrella. I played with the doll for a while, set it down on the floor and walked away. I returned to the horror that my grandfather’s dog Bandit had attacked the doll, flailing it viciously about in his jaws like a “kill.” The beautiful doll was destroyed. Martha flashed a look of anger at me and did not speak to me for the remainder of the day.

In I992 I traveled to three prefectures in Japan in the wake of the videotaped beating of Rodney King by law enforcement officers and the ensuing riots and protests. The Japanese people I met asked me over and over, “Why are Black people so violent!”

The meaning of the word Ahimsa

“Ghandi coined the term ‘non-violence’ to translate ‘ahimsa.’ He writes that non-violence is the greatest activist force in the world.” – William Borman, “Ghandi and Non-Violence”

I was born Janice Carol Porter. I grew up in public housing in southeastern San Francisco where racial tension and conflict today exist between the African American and Asian communities sparked by culture clash and kindled by gentrification. The neighborhood that for decades has been dominated by Blacks has become predominantly Asian and Pacific Islander.

The mainstream media sensationalizes a series of tragic incidents in which Chinese residents have been robbed or assaulted by youthful perpetrators. The chief of police declared that overall crime has not increased in the city’s southeast sector and the apparent rise in incidents of violence against Asians reflects their overall increase in the population.

I grew up in the Potrero Hill and Sunnydale housing projects and in a Bayview home on Thomas Street. I dreamed of being a glorious dancer like American Indian ballerina Maria Tallchief, of being a great doctor and humanitarian like Carlton Benjamin Goodlett, Ph.D., M.D., of being a Black revolutionary like Angela Davis, or a leader and conqueror like Shaka Zulu or Genghis Khan. 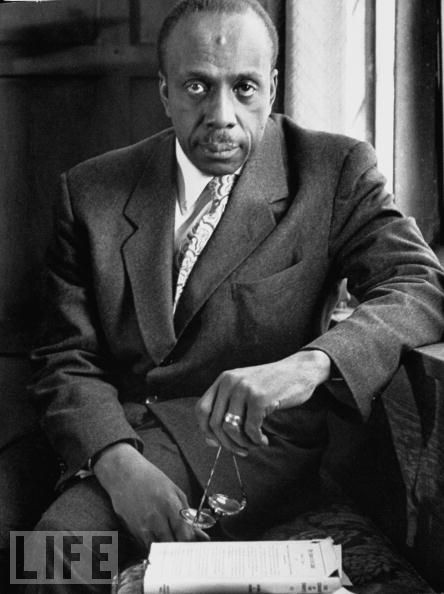 In 1972 I legally changed my name to Ahimsa in the aftermath of two transformational encounters. Dr. Howard Thurman was the dean of the Boston University Chapel. He traveled to India to be mentored by Mohandas K. Ghandi, who he affectionately called Ghandiji.

Dr. Thurman established the first interdenominational Unitarian church in San Francisco and granted me a medical scholarship that enabled me to complete my pre-med studies without working part time as the women’s editor for Dr. Carlton B. Goodlett’s Sun Reporter newspaper. He introduced me to the word Ahimsa. Ahimsa means non-injury in the ancient language Sanskrit, non-violence in Hindi and lover of animals in Buddhism.

Dr. Thurman was a disciple of Ghandhi’s movement of satyagraha, “truth force,” the use of non-violent activism as a political technique. He recalled that satyagraha triumphed over the British Empire, winning independence for India in the face of sacrifice, violent attacks and imprisonment of thousands of its followers. Techniques of satyagraha include protests, strikes, work stoppages, slowdowns and civil disobedience. Dr. Martin Luther King, Jr. adopted these principles to successfully advance the human and civil rights of African Americans in the United States in the turbulent 1960s.

Pinchbeck writes in “Nonviolent Action as Spiritual Practice,” “Ahimsa is ideally suited for a situation where nobody is seeking to cause you harm. If you find yourself in imminent danger, or caught in a larger system of oppression, different measures need to be taken.” Gandhi’s practice of active nonviolence is very different from the passive doctrine of ahimsa, “nonharming,” that has gained popularity in the yoga community in the West.

Dr. Thurman spoke of hate in 1948: “During times of war, hatred becomes quite respectable, even though it has to masquerade under the guise of patriotism. To even the casual observer during the last war it was obvious that the Pearl Harbor attack by the Japanese gave many persons in our country a justification for indulging in their anticolored feelings. In a Chicago cab this fact was dramatized for me. The cab had stopped for a red light. The driver turned to me, saying, Who do they think they are? Those little yellow dogs think they can do that to white men and get away with it!”

My second life changing encounter was with a man of African American and Native American heritage who studied Buddhism while living in Thailand. He introduced me to the word Ahimsa. In 1972 we were married. 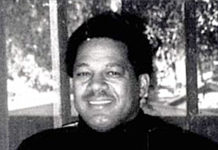