“This book is not for everyone. I have a specific audience in mind – people who care deeply about racial justice but who, for any number of reasons, do not yet appreciate the magnitude of the crisis faced by communities of color as a result of mass incarceration.” – Michelle Alexander in the preface to “The New Jim Crow: Mass Incarceration in the Age of Colorblindness” 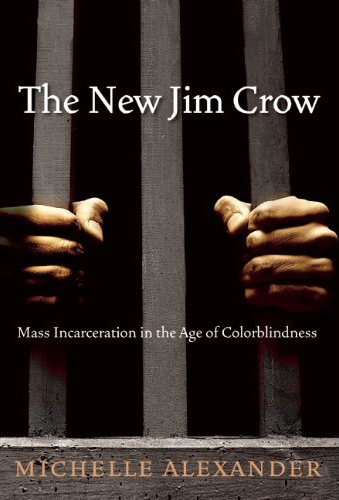 On Aug. 3, 1980, in Philadelphia, Mississippi, the U.S. government officially declared war against Black people residing in its borders. Long live the Southern strategy! Sniper shots and dynamite blasts had efficiently terrorized these people into abject numbness. A pogrom could do the trick! Troops, weaponry, ammunition! Call it the War on Drugs. And the beauty of the pogrom – the American public wouldn’t notice the war underway right on its homeland!

Michelle Alexander’s “The New Jim Crow: Mass Incarceration in the Age of Colorblindness” (published by The New Press, 2010) looks at the invisible people and the invisible birdcage that keeps the masses of Black people locked in and alienated from society – the targets of the War on Drugs. She asks questions: How could a government wage a war to practice genocide against Black people after the passage of the Civil Rights Act and the Voting Rights bill – after everyone recognized the hatred of a Bull Connors and a KKK pogrom? How could a government conciliatory to civil rights leaders be accused of engaging in war against the same people the government agreed to protect against discrimination? How are we to understand and confront a racial caste system in the age of colorblindness?

History isn’t irrelevant in “The New Jim Crow: Mass Incarceration in the Age of Colorblindness.” History here is tangible. As Alexander writes, “Since the nation’s founding, African Americans repeatedly have been controlled through institutions such as slavery and Jim Crow, which appear to die but then are reborn in new form, tailored to the needs and constraints of the time.”

Slavery ended, but “the idea of race lived on.”

A new form of enslavement arrived on stage. A system of peonage that included the Black Codes, developed to re-establish control over Blacks while also providing free or cheap labor, sought to reign in the freedom of predominantly Black men, family men – fathers and husbands. “Nine southern states adopted vagrancy laws – which essentially made it a criminal offense not to work and were applied selectively to blacks.”

When the Black Codes were outlawed, “a slew of federal civil rights legislation protecting the newly freed slaves was passed during the relatively brief but extraordinary period of black advancement known as the Reconstruction Era.” Masses of Blacks began to vote. Before the dismantling of Reconstruction, the Freedmen’s Bureau provided basic necessities. Schools opened up allowing Blacks to learn to read and write. “Literacy climbed.” Fifteen percent of all Southern elected officials were Black. The Black community looked toward a just future.

That vision of a just future, however, didn’t sit well with most white Southerners. Loopholes in the language of the 15th Amendment didn’t prohibit states from imposing educational, residential, or other qualifications for voting. “The backlash against gains of African Americans in the Reconstruction Era was swift and severe,” and poor freed Blacks were left without legal resource.

In the North, racial segregation already prevented “race-mixing” to preserve the “racial hierarchy.” Now, in the South, conservative whites began “a terrorist campaign against Reconstruction governments and local leaders” to “‘redeem’” the South.

The U.S. government withdrew federal troops from the South, the budget for the Freedmen’s Bureau was cut so severely as to make the agency “virtually defunct” and the U.S. government made no effort to “enforce federal civil rights legislation.” So here are the freed Blacks left unprotected in a hostile environment. For white Southerners, the drawback of the federal government meant freedom – to turn to the criminal justice system to control African Americans.

“The criminal justice system was strategically employed to force African Americans back into a system of extreme repression and control, a tactic that would continue to prove successful for generations to come.” Vagrancy laws subjected Blacks to criminal charges, debt and death. A gesture could be interpreted as an “insulting gesture,” thus a crime! It’s no coincidence that “slavery remained appropriate as punishment for a crime” after “Emancipation.”

Southern whites “concluded that it was in their political and economic interests to scapegoat blacks.” Jim Crow would be a return to “‘sanity,’” a return to a racial caste system that came to represent the “‘natural’” order of the New South. Northern liberals and Populists had already turned a blind eye to African American people, and the South interpreted this silence as “‘permission to hate.’” The racial caste system flourished for many years in the U.S. while many whites turned a blind eye to it and to the suffering of African Americans.

Blacks fought back in increments until small movements became the massive Civil Rights Movement of Black, Brown and white Americans. Dr. Martin Luther King Jr. drew national and international attention to the criminal caste laws and the hypocrisy inherent in Americans’ understanding of democracy. The Civil Rights Act and Voting Rights Act were passed. Many believed that Jim Crow died.

“The New Jim Crow” rightly claims that the caste system didn’t end there. Our educational system and the corporate media usually concludes the civil rights narrative with Dr. King standing in front of the Lincoln Memorial before a huge crowd speaking to the world about a vision, a dream of whites and African Americans sitting together in colorblind America where a person is not judged by the color of his or her skin but by his or her character.

But Alexander recalls a crucial omission in the post-Civil Rights Era’s narrative. It’s the voice of Dr. King who spoke in the last three years of his life about economic inequality that led to poverty not only for Blacks but for poor whites as well. King called for a Poor People’s Movement to eradicate poverty in the U.S.

“Jim Crow” was undergoing reconstruction following the backlash to the civil rights gains. Conforming to the needs and constraints of the time, the new racial caste order “would have to be formally race-neutral – it could not invoke explicit or clearly intentional race discrimination.” It would appeal to “racist sentiments” and accompany a political movement that would succeed “in putting the vast majority of blacks back in their place.” 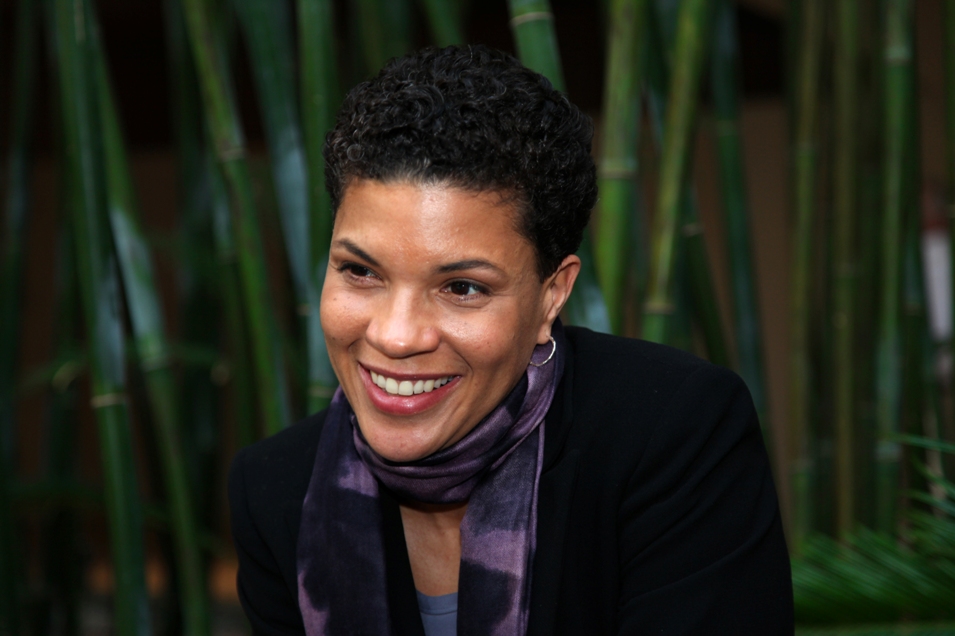 Above all, it would grant the nation, once again, the permission to hate Black people. The new racial caste system, finally, wouldn’t violate the law or limit “acceptable political discourse.” But the effects of the new caste order would be the same as “‘segregation forever.’”

The Anti-Drug Abuse Act of 1986 imposed “minimum sentences for the distribution of cocaine, including far more severe punishment for the distribution of crack – associated with blacks – than powder cocaine, associated with whites.” In 1988, the Anti-Drug Abuse Act “authorized public housing authorities to evict any tenant who allows any form of drug-related criminal activity to occur on or near public housing premises and eliminated many federal benefits, including student loans, for anyone convicted of a drug offense.”

Reagan’s War on Drugs, “cloaked in race-neutral language,” offered “whites opposed to racial reform a unique opportunity to express their hostility toward blacks and black progress, without being exposed to the charge of racism.” Senior Bush followed with crafty Willie Horton ads.

Bill Clinton’s Ricky Ray Rector, Welfare Reform and “One Strike and You’re Out” kept the American public’s attention focused on the terror within while the federal government began funding police departments to engage in the War of Drugs. Barack Obama himself, as Alexander reminds us, a past user of illegal drugs, now lectures African American communities about responsibility and points to the image of absentee Black fathers but he and the media, writes Alexander, never ask “where the missing fathers might be found.”

In prison, more African Americans are under correctional control today, she explains, than were enslaved in 1850. More are disenfranchised today than in 1870. African Americans are warehoused in out-of-the-way rural areas where whites make up the majority of employed law enforcement personnel and where white towns benefit in terms of tax dollars and services. Convicted felons “enter a separate society, a world hidden from public view,” governed by “oppressive and discriminatory rules and laws.” In most states, they are denied to right to vote and excluded from public housing and education.

More African Americans are under correctional control today than were enslaved in 1850. More are disenfranchised today than in 1870.

In the meantime, “today mass incarceration defines the meaning of blackness in America: black people, especially black men, are criminals. That is what it means to be black.” White crime doesn’t exist; “white crime lacks social meaning.”

The new Jim Crow re-establishes a caste system that makes race – Black people – invisible. We must admit out loud, writes Alexander, that “it was because of race that we didn’t care much what happened to ‘those people’ and imagined the worst possible things about them.”

The prison industrial complex hasn’t failed in its goal, she tells us. On the contrary, it has succeeded in marginalizing African Americans and disrupting thousands of families and their communities. It has also allowed the American public to continually sacrifice the idea of democracy.

The battle for democracy can’t be won exclusively in the courtrooms, Alexander argues. Litigation work, often focusing on affirmative action cases, omits the voice and the engagement of those without legal expertise.

“Today mass incarceration defines the meaning of blackness in America: Black people, especially black men, are criminals. That is what it means to be black.”

Alexander asks that we consider this: Is it possible to see affirmative action – racial “cosmetic” diversity initiatives – as diversions from the frontline battle, that is, the creation of a caste of people through the criminal justice system? The “abandonment of a more radical movement” opened the space for fear and hatred to mask itself in the rhetoric of diversity, adopted by moderate and liberal whites and elite Blacks. But however comforting to some, a sprinkling of Blacks here and there doesn’t make for a democracy.

The new racial caste system, Alexander argues, depends on this rhetoric of diversity and the “black exceptionalism.” Look at Oprah! Look at Michael Jordan! But Alexander asks, “Who is the us that civil rights advocates are fighting for?” Who is the “us,” since the masses of Black Americans are caught in the correctional system and disenfranchised by and from society? What economic system benefits from this dysfunctional scheme of law and order?

The War on Drugs must end, declares Alexander! “The New Jim Crow: Mass Incarceration in the Age of Colorblindness” ends by urging its readers to pick up the mantle where Dr. King left off. Take up the radical movement that King believed “held revolutionary potential.” Alexander proposes that we accept the “all of us or none” philosophy as we look to amend this egregious wrong by re-igniting a human rights movement in this country.

Lenore Jean Daniels, Ph.D., is a columnist and editorial board member with the Black Commentator. Contact her at http://www.blackcommentator.com/contact_forms/jean_daniels/gbcf_form.php.