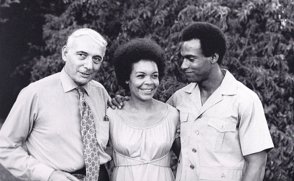 I am so tired of hearing the static figure propagated by the Zionists – and practically everyone else in the world – that 6 million Jews were the exclusive victims of Adolph Hitler’s Nazism. The racist white supremacist ideology of 1930s Germany was very particular. White people had to be Arian so-called “pure bloods” and able-bodied. Therefore, the darker Jews, Italians and Roma (Gypsies), among others, as well as homosexual and disabled people, were also targets for extermination. If Jews, Italians and Gypsies couldn’t make it, imagine how Africans were treated. Do you think for a minute that any Africans who happened to be in Germany at that time survived the holocaust?

We are currently witnessing the rise of a pernicious white supremacist backlash – I believe it is not only a reaction to Obama but the reduction of the White population to a minority – evidenced by some 30,000 skinhead and KKK white nationalists on the move, the far right, and the growing, right-wing tea party. They talk about “taking their country back,” honoring their leaders like slavers George Washington and Thomas Jefferson, and claiming they “built this country” and it belongs to white people, not all these “niggers, gooks and wetbacks.”

Arizona’s blatantly racist legislation SB 1070 as well as the banning of ethnic studies in its public schools is an attempt to once again legalize segregation and racist oppression. Combine that with the dramatic rise in the incarceration rate of Black and Brown prisoners throughout this country, especially in Arizona, Texas and California, the privatization of prisons and the cradle-to-prison pipeline our children travel, not to mention the cold-blooded execution of Oscar Grant on New Year’s Day 2009, and we see a picture of White racist repression and genocide.

Add to that a nearly all male lily-White Congress that, were you to photograph it, would find few dark faces among 535 politicians – supposedly representing the American people – and we see the re-emergence of an even more insidious era of racial and sexist oppression, repression, slavery-behind-the-walls sanctioned by the Constitution and deadly poverty on the outside.

The level of unemployment is rising sky high, and Black people have traditionally been the last hired, first fired. No doubt at least some individuals are opting for survival by going to prison to keep a roof over their heads and several meals a day – especially in cold climates.

Those of us who fought so hard in the 1960s for change, revolutionary change, are watching the clock turn backwards. It’s heartbreaking to see the struggle for ethnic studies, for example, being demolished in Arizona – textbooks being rewritten to exclude and obfuscate our true histories and herstories. Resegregation, neo-slavery, genocidal homelessness and poverty, a health care system for the rich, quality education priced off the table, unaffordable child care with no safety nets for parents, ubiquitous junk food and the removal of practically every healthy form of recreation from the reach of everyday people are the very things we tried so hard to prevent, to remedy, to change or transform.

It’s even more heartbreaking to see the promise of a multi-cultural, international community living in harmony – the objective our rainbow coalition initiated – going down the drain with the rise of both Black and White nationalism. But I should add Brown, Red and Yellow nationalism that likewise divides us.

Resegregation, neo-slavery, genocidal homelessness and poverty, a health care system for the rich, quality education priced off the table, unaffordable child care with no safety nets for parents, ubiquitous junk food and the removal of practically every healthy form of recreation from the reach of everyday people are the very things we tried so hard to prevent, to remedy, to change or transform.

We have a choice. 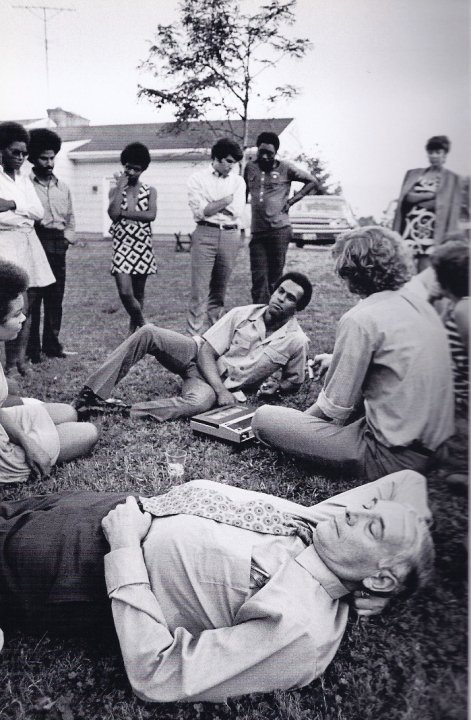 We can allow this thing to degenerate into a race war that would result in endless revenge killings and interminable civil war.

Or we can struggle to make friends with folks who don’t look exactly like ourselves, might play different music, eat different food or speak with an accent of a different kind. Unless each and every one of us begins to deal with our prejudices, intolerance, bias and/or racism, nothing will change except to get worse. Moreover, we must stop being passive liberals who say nothing when we hear racist remarks spoken right in our faces.

We must develop intolerance for racism, but be careful to “cure the sickness to save the patient,” as Mao TseTung advised. I don’t believe anyone really escapes the effects of a society steeped in racist white supremacy. Those who claim exemption from any degree of the sickness (racism) are likely in denial even to themselves.

“[I]t is only through the unity of the whole class and the whole nation that the enemy can be defeated and the national and democratic revolution be accomplished.”

We Blacks have cringed at the idea of calling ourselves “Americans”; in fact, we’ve abhorred the label, some of us refusing to use it at all. However, whenever we leave these shores, we quickly discover in foreign countries that we are Americans, like it or not.

Moreover, I came to the conclusion, only recently, that when we exclude ourselves from being American, we’re really being superficial and escaping responsibility for our vital role, our historic role in moving this country forward. Not only can no other group claim to have labored harder to build this country, no other group can claim to have fought longer or harder in the forefront of progressive and revolutionary struggles than Black folks. In fact, if there were one ethnic group that deserves special tribute for its national contribution, Black people would comprise the honorees.

It’s socially scientific to observe that the most oppressed will lead any revolution since they have the least to lose and the most to gain from a change.

I hope we will come to our collective senses soon, before it’s too late. All indications point to time running out …

People of the world unite!