On Saturday, May 8, the 75th anniversary of the WPA, 12 noon at the new Federal Building, 7th and Mission, San Francisco, rally to demand a real jobs program now and the right to a job for all! Bay View publisher Willie Ratcliff is one of the speakers! 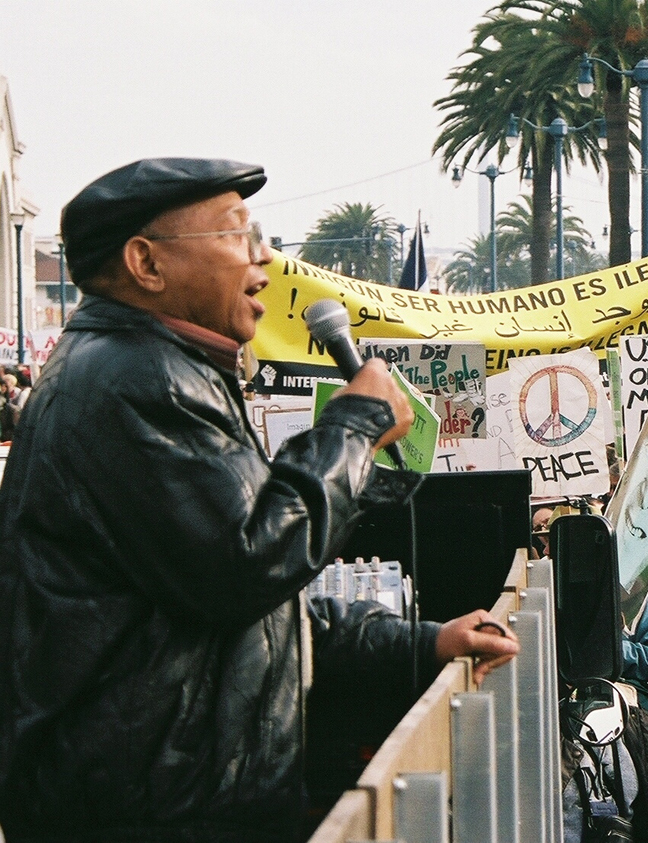 Join unemployed people, youth, labor and community activists from all over the country in San Francisco and Washington, D.C., on May 8 to tell the government that today’s jobless crisis is as bad as it was 75 years ago — when the unemployed demanded and won a public jobs program.

On May 6, 1935, President Roosevelt signed Executive Order 7034 creating the largest public works program in history. The Works Progress Administration created 8.5 million jobs during the Depression of the 1930s.

For all who are concerned with real economic and social justice, the 75th anniversary of the WPA provides a powerful historical reference point to speak truth to power.

No truth is more evident today than that the unemployed, the underemployed and all who must work for a living need a WPA-type jobs program that is at least as big, if not bigger, than the WPA of the 1930s. There are upwards of 30 million unemployed and underemployed workers in the country right now. The real unemployment rate is close to 20 percent in most of the country, and among young African Americans and Latinos/as, the jobless rate is more than 50 percent, according to the New York Times. Without a real jobs program, many young workers of color, as well as young workers in general, may never have a job.

The small jobs bill that Congress passed recently merely promises tax incentives to businesses that hire new workers. No one really believes that tax incentives or other trickle down half-measures are really going to put a dent in the unemployment rate. 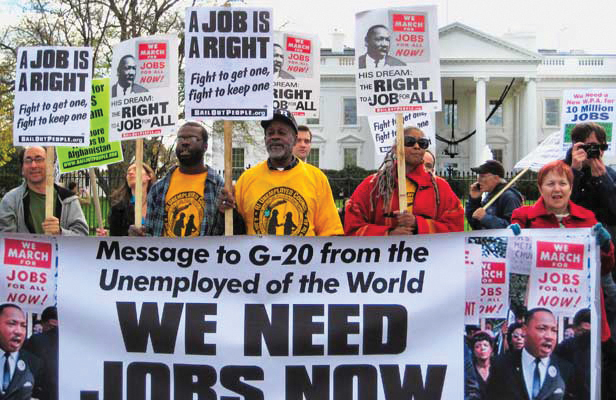 The time has come to establish that everyone has a human right to a living-wage job. Martin Luther King Jr. devoted the last year of his life to fighting for such a right.

Let no one insist that it is pointless to fight for jobs because there’s no money for a jobs program. Budget deficits didn’t prevent the multi-trillion dollar bailout of Wall Street or the more than $1 trillion – and growing – spent on wars over the past decade.

The worst global economic crisis in 80 years – coupled with globalization and an economy based on putting profits and greed over social need – has brought the issue of employment to a historical turning point. Depression-level unemployment and underemployment has become a permanent feature of the economy. The new reality of permanent high joblessness not only affects the growing millions who cannot find a job; it undermines all workers who are struggling against low wages and cutbacks and for the right to organize.

By far the most essential lesson of the WPA is that it took a massive fight-back, including the organization of the unemployed, to demonstrate to the powers that be that there would be no social peace unless there was some social justice.

With your support and active participation, together we can turn the anniversary of the WPA into the launching of what Dr. King called the next civil rights movement, a movement for the right to a job.

The Bail Out the People Movement, one of coalitions working on a national level for a public jobs program, is the initiator of the May 8 protest for jobs. More organizations and activists are coming on board every day. For more information, contact the BOPM, (415) 738-4739 or actioncenter-SF@peoplesmail.net.

SF Bay View publisher Willie Ratcliff will be one of the speakers at the May 8 rally. Bay Area Black Builders will join the rally in place of their usual monthly meeting on second Saturdays at noon, the same time this month as the rally. Monthly meetings will resume on Saturday, June 12, 12 noon, at 1099 Sunnydale, San Francisco.

Hunger strikers write to the Bay View: ‘I don’t know how much more my body can take’