U.S. law professor Peter Erlinder returned from three weeks imprisonment, from May 28 to June 17, in Rwanda’s capital, Kigali, where he had traveled to act as defense counsel for embattled presidential candidate Victoire Ingabire Umuhoza. Ingabire remains under house arrest, unable to leave the country, and faces a possible 20-year prison sentence. Both she and Erlinder are still accused of violating Rwanda’s unique “genocide ideology” speech crime, which means disagreeing with the official history of the 1994 Rwanda Genocide.

A Rwandan judge agreed to release Erlinder but only on medical grounds, not in response to the argument that his free speech rights and thus, by extension, the free speech rights of Victoire Ingabire and other Rwandans are guaranteed by the international human rights covenants that Rwanda has signed or by Rwanda’s membership in the British Commonwealth.

In his press conference at William and Mitchell College of Law in Minneapolis-St. Paul on Wednesday, June 23, following his return, Professor Erlinder thanked all the people around the world who had called for his release, and said that he owed his life to them and to the Internet. He called it a triumph for people power, but he also said that it would not have occurred if he had not been a white American lawyer with friends, family and allies capable of organizing and lobbying relentlessly for his release.

In Kigali, Ingabire said that Professor Erlinder’s arrest demonstrated the nature of the Rwandan regime. She called on all those who supported him to support Rwandans now.

She said, as Sen. Russ Feingold, chair of the Senate Subcommittee on Africa, has in the Feingold Statement on the Fragility of Democracy in Africa, that the U.S should insist on democracy in Rwanda as a condition of its donor nation support.

However, with Rwanda’s 2010 election now only seven weeks away, and neither the FDU-Inkingi nor the Democratic Green Party of Rwanda allowed to contest the election, more and more Rwandans are losing hope and some have even concluded that only military invasion could unseat the Kagame regime, a possibility that President Kagame has attempted to circumvent by force repatriating refugees who might join a rebel army.

On Saturday, June 25, an unidentified gunman attempted to assassinate Rwandan exile Gen. Kayumba Nyamwasa, an outspoken critic of President Kagame and a potential leader of a rebel army invading to overthrow him. The gunman opened fire on Kayumba as he returned home from a grocery store in Johannesburg, South Africa. 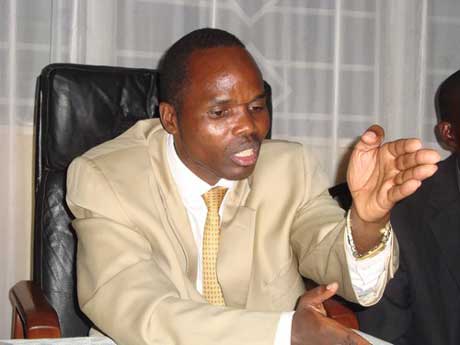 Ingabire condemned the assassination attempt as another example of Kagame’s favored method of eliminating exiled dissidents and called once again for nonviolent political, not military, solutions.

Rwandan exile and Ingabire supporter Jean Manirarora, now a microbiological research scientist in Louisville, Kentucky, also called for political solutions but said that Gen. Kayumba has become the greatest threat to President Kagame because he is a Tutsi general popular with both Rwandan Hutus and Tutsis and could thus lead a Hutu and Tutsi army into Rwanda, with credible claim to being a national liberation army, not an army of genocidaires.

“There is no sign of an army organizing to invade Rwanda,” Manirarora said, but if there were and if Kayumba were to lead it, no one could say that he had come to finish off the Tutsi because he himself is a Tutsi.

On Thursday, June 24, hundreds of Rwandan opposition leaders and members, including P.S. Imberakuri Party leader and presidential candidate Bernard Ntaganda, were assaulted and arrested because of a protest planned at Rwanda’s National Electoral Commission that morning, as President Paul Kagame registered his candidacy and all the viable opposition was excluded. On the same day, the deputy editor of Rwanda’s Umuvugizi newspaper, Jean Leonard Rugambage, was shot dead on the way into his home in Kigali.

Shocked and grief stricken, Umuvugizi editor Jean Bosco Gasasiras, now in exile in Uganda, accused Rwandan President Paul Kagame of ordering his security operatives to assassinate Rugambage. Gen. Kayumba Nyamwasa’s wife Rosette continues to accuse Kagame of sending operatives to assassinate her husband, and Rwandan journalist Godwin Agaba, also in exile in Uganda, said that Rugambage had just written a story revealing a plot to poison Kayumba in his sickbed in South Africa, where he is recovering from last week’s attempt on his life.

In the shadow of AFRICOM, the U.S. Africa Command

These arrests and intrigue in Rwanda create urgencies that distract from an AFRICOM (U.S. Africa Command) conference that concluded in Kigali at the same time Professor Erlinder was being released. The conference was called to plan an August military “exercise” in Accra, Ghana, on the Gulf of Guinea, which is critical to the control of West African oil and gas and oil and gas transport corridors in the Gulf of Guinea and the rivers flowing into it.

On May 16, 2001, the Office of Vice President Richard Cheney produced a document titled “West African Oil: a Priority for U.S. National Security and African Development,” a “National Energy Policy Report.” For whatever reason, the policy report’s Web URL is http://www.israeleconomy.org/strategic/africawhitepaper/pdf.

The Rwanda News Agency (RNA) reported on the conclusion of the AFRICOM conference in a story with the headline “U.S. military not intending to control Africa” – says Army chief.” The RNA report quoted a senior Rwandan military chief saying, “A new U.S. military program training African armies including Rwanda is not a U.S. move to dominate the African continent.”

Many Africans, not only Rwandan and Congolese, and Americans, especially African Americans, seemed to believe that this statement reduced the credibility of the Kagame government, which also insists that it had nothing to do with the latest round of assassinations and assassination attempts in Rwanda and surrounding nations.