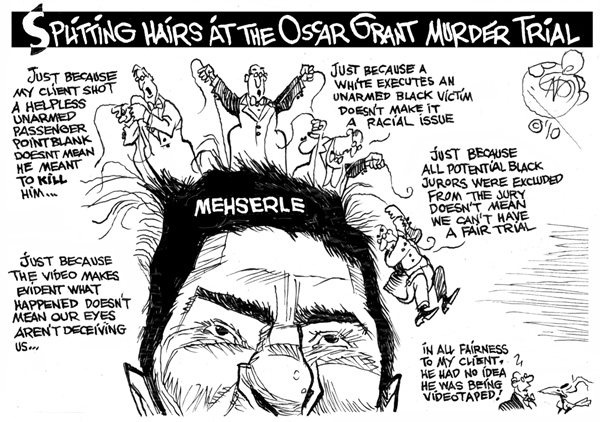 Never before has a police officer been charged with murder for actions taken while on duty. Johannes Mehserle fled to Nevada after being brought up on charges for the murder of Oscar Grant in Oakland on Jan. 1, 2009. Mehserle claims that he was receiving death threats and was in fear for his life and the DA was aware of his location. His bail was set for $3 million, which implies a flight risk.

The defense is taking the position that Oscar was a threat and noncompliant and that Mehserle thought he was tasing him but shot him by mistake. The trial is expected to wrap up soon.

The prosecution team rushed the jury selection, cutting it a day short, thus forfeiting a pool of 50 potential jury members. The jury consists of seven whites, four Latinos and one East Indian. The argument for this is that Los Angeles County is 74.1 percent white.

The videos that have been circulating in the press are the same videos that are being presented in court. However, the images and audio have been enhanced.

In one video the suspects are up against the wall. You can clearly see Oscar on the phone – we find out later he’s talking with his girlfriend – saying that he and his friends were being beaten for no reason. At that point Oscar took a picture of Mehserle pointing his taser at Oscar Grant. 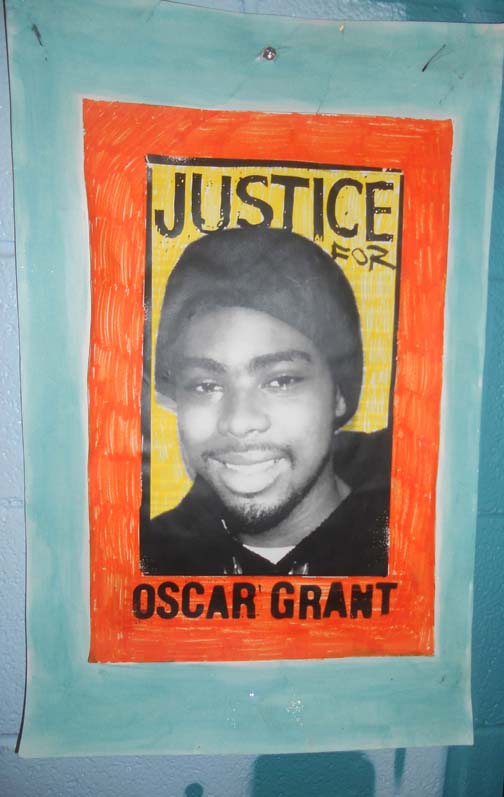 Enter Tony Pirone. He points at Oscar, singling him out as the one taking pictures. Pirone walks over to him and begins to assault him. The attorney for Tony Pirone, the first officer on the scene, attempted to exclude the racially charged Pirone statement: “Bitch ass nigga! Bitch ass nigga, huh?” But the judge said it will be admitted.

After kneeing Ocsar Grant in the face and slamming him on the ground Pirone slams his knee into Oscar’s head. Mehserle positions himself over the lower half of Oscar.

Oscar is lying over the legs of his friend, Carlos Reyes. You can see Carlos motion to the officers, “He is on my legs.” At that point they pull Oscar off of Reyes’ legs.

Anger and emotion take over and “pop”!

On Wednesday, June 16, Officer Marysol Domenici testified in the courtroom that she was afraid she might have to kill somebody after she heard that “pop” noise that “sounded like a firecracker.” And then she realized that Mehserle had shot Grant.

She said after that it became more chaotic.

Unfortunately for Officer Domenici, none of the video supports her claim that “they coming from everywhere.”

She claimed that there were 40-50 people on the platform that she had to veer left to get through. The video did not support her claim. 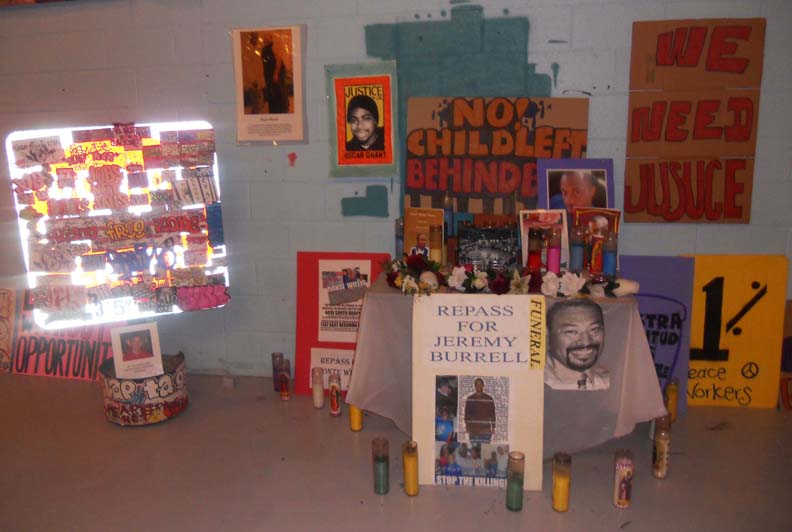 The mood in the courtroom was restless as she struggled with her answers.

Domenici was quoted at a preliminary hearing in Oakland as saying that Grant would have lived if he had obeyed the police officers. “If they would have followed orders, this wouldn’t have happened,” Domenici said, adding, “If he had just sat down, he’d have been fine.”

She also testified to the allegation that BART Officer Tony Pirone “appears on the video to punch Grant.” Domenici claims she saw Pirone’s hand go up, but she did not see Pirone hit Oscar.

She claimed that the group of young men were cussing at her and saying, “Yeah, blood cuz.” This is an obvious attempt to lead the gang stricken LA jury to believe that Oscar Grant and his friend were gang members.

But I offer a question for those of you that know: When have you ever heard a gang affiliate use both of those terms in one sentence? I will also offer this information as a member of the Oakland community: It is rare to meet an African American male in Oakland who is a Crip or Blood. The methods in the streets here are more financially motivated than territorial or affiliation related. 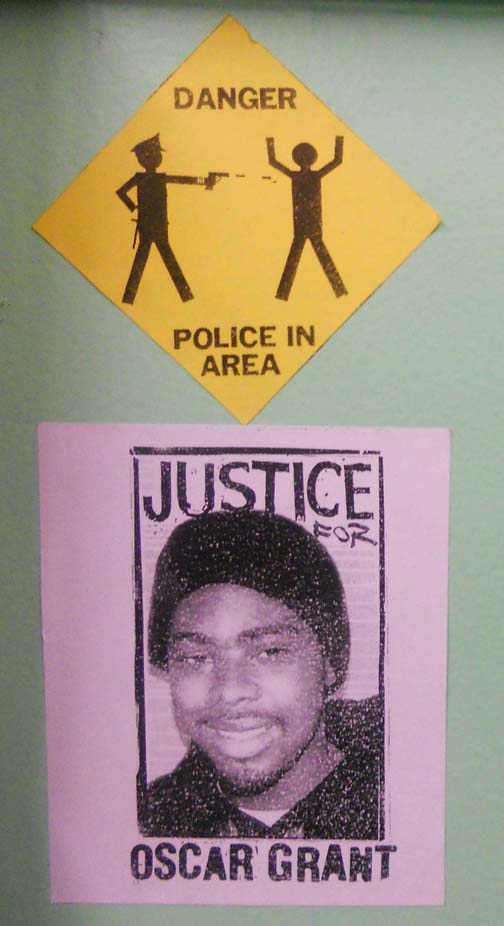 Domenici had no consistent memory of anything that led up to the shooting incident and was visibly nervous when she was faced with previous testimony. She had been placed on active leave and reassigned as a tactical training officer for BART after the fatal shooting of Oscar Grant.

On Friday, Tony Pirone testified that he left a suspect in his patrol car while answering the dispatch call at the Fruitvale BART. He asked a train station operator to “make sure he stayed alive.”

When ask why he didn’t have his partner Domenici watch the suspect, he replied she was busy with someone else.

In earlier testimony Domenici said she was dealing with a woman that was drunk but she was no “real threat.”

He was then asked if that was standard procedure to have a train station operator watch a suspect. He replied, “No.”

He was asked if he had ever seen any transcripts from previous testimony. He said, “Some.”

Pirone was asked where he had seen these transcripts and whether he had any at his home. He said he didn’t know.

When faced with previous testimony, where he admits to having transcripts at his home, he recalled that he did have some transcripts in his home.

He also testified to the description of the suspects in the initial call, which was played in the court: a large group of Black men all wearing all black, no weapons. Oscar Grant was actually wearing a black T-shirt and blue jeans.

Testimony earlier in the trial from witnesses said Tony Pirone was aggressive and hostile toward Grant and his friends. Pirone also has been let go from BART and has joined the military. Domenici is appealing her termination, which means she is still receiving pay.

The Mehserle trial resumes every morning at 8 a.m. at Los Angeles Superior Court, 210 W. Temple at Broadway. There are 12 seats available to the public via lottery. Arrive 30 minutes early for seating.

Chela Simone, born and raised in Oakland, child of revolutionary thought, a musical misfit and a solider for social justice, can be reached at chelac@gmail.com. Listen to her music at www.myspace.com/ChelaSimone.