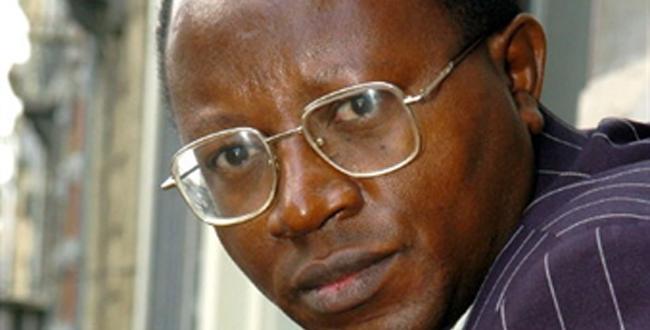 Floribert Chebeya Bahizire, the Democratic Republic of Congo’s leading human rights defender, was found murdered in a suburb of Kinshasa, the nation’s capitol, on Wednesday, June 2, 2010.

On the evening of June 1, Chebeya had reported that he was en route to a meeting with John Numbi, inspector general of the Congolese National Police, in response to a summons. The next day his body was found in his car, and his driver, Fidele Bazana Edadi, was missing.

A Radio France International interview with a video overlay, posted to the YouTube and reposted above, asks, “Were people employed by the government of the Democratic Republic of Congo responsible?”

The video also makes an issue of Inspector General John Numbi’s friendship with Rwandan President Paul Kagame and former CNDP militia leader Laurent Nkunda, who is now under house arrest in Rwanda, though many critics of the Kagame regime believe that Nkunda’s “house arrest,” since January 2009, is simply window dressing to ease political pressure that arose in response to Nkunda’s ruthless military scourge of neighboring eastern Congo.

Many Congolese people have long said that Nkunda is actually a Rwandan, who pretended to be Congolese and that his CNDP militia was, until his arrest, fighting in eastern Congo as an unacknowledged battalion of the Rwandan Army. After his arrest, the CNDP became, in a bizarre turn, part of the Congolese Army, the FARDC – the very army that it had been fighting up until then. To many this seemed to mark a new stage of the U.S.-backed Rwandan colonization of eastern D.R. Congo, which the video about Chebeya’s assassination alludes to.

“We are concerned about the killings of other human rights defenders in the DRC in recent years, and note that Congolese human rights groups remain particularly vulnerable to harassment, arbitrary arrest and detention, and other abuses by security forces.”

Independent journalist and human rights investigator Keith Harmon Snow, who has spent a great deal of time traveling and reporting in Africa, had this to say about the significance of Chibeya’s life and murder:

“Chibeya and Vois des Sans Voix have been constant thorns in the sides of the successive regimes that have ruled DRC and it was no different under President Joseph Kabila. Chibeya had been tortured many times – under Mobutu, under Laurent Kabila and under Joseph Kabila when he was detained in the spring of 2009.

“The real scandal is that human rights defenders, journalists and honest civil servants are killed routinely, and the United Nations and Western governments issue some pathetic statement proclaiming their disappointment and concerns about the ‘deteriorating’ human rights climate, when it is in a permanent state of basic survival and injustice against all odds.

“The U.N. High Commissioner’s statement on Chibeya’s death is a perfect example. The condoms and woman’s hair allegedly found on the scene are to distract attention from Chibeya’s high moral and ethical integrity and his indefatigable courage in the face of repression.

‘The real scandal is that human rights defenders, journalists and honest civil servants are killed routinely, and the United Nations and Western governments issue some pathetic statement proclaiming their disappointment and concerns about the ‘deteriorating’ human rights climate …’ – Keith Harmon Snow

“John Numbi is a regular visitor to Kigali and described as one of Congo’s most dangerous men. A little research and time and perhaps we can find out what Chibeya was working on and who his human rights work was touching.

“Joseph Kabila’s trusted FARDC insider John Numbi, formerly the head of FARDC Air Forces and now inspector general of the Police National Congolaise – who had summoned Chibeya to the PNC offices just before his death – has been named in several U.N. Panel of Expert reports for criminal activities in the bloody Kivu provinces.

“But Numbi is very close to Kagame, and he belongs on the list with Kagame and James Kabarebe for responsibility in some of Central Africa’s worst atrocities – war crimes, crimes against humanity and genocide. For example, Numbi is responsible for mass graves in the Kivus, for commandeering airplanes to transport weapons and other contraband, for racketeering and extortion. And his partners include ‘untouchables’ also named by the U.N., like Belgian Philippe De Moerloose.

“But we don’t see U.N. High Commissioner for Refugees Antonio Guterres or MONUC chief Alan Doss or U.S. Secretary of State Hillary Clinton or the Belgian parliament or Paul Kagame’s special advisers like Tony Blair calling for the indictment, arrest and trial of John Numbi or so many others who have been caught with their hands covered with blood. That’s very significant.”

Karilaneb, who posted this on June 2, explains: “Human rights activist Floribert Chebeya Bahizire, director of Voix des Sans Voix, was found murdered on June 2, 2010. This was a video I did a few years ago featuring his organization and the brave work of other human rights defenders in Democratic Republic of Congo.”

Posted by the United Nations on June 3, this video is described as follows: “Senior United Nations officials called today for a prompt and rigorous investigation into the killing of a renowned Congolese human rights defender whose body has been found on the outskirts of the capital, Kinshasa, one day after he was summoned to a police station.

“Secretary-General Ban Ki-moon, U.N. High Commissioner for Human Rights Navi Pillay, U.N. Special Rapporteur on Extrajudicial, Summary or Arbitrary Executions Philip Alston and Alan Doss, the head of the UN peacekeeping force in the Democratic Republic of the Congo (known as MONUC), have all issued statements condemning the murder of Floribert Chebeya Bahizire.”