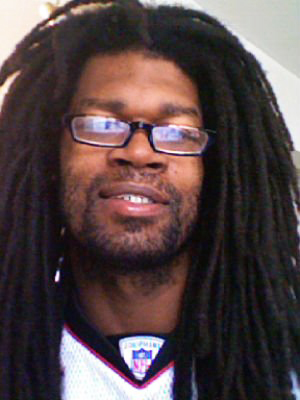 The corner stores, health insurance and same day loan services are examples of how poor folks, people of color and women overpay for services. We also get paid less for the services we provide the public.

The mainstream media and the educational system indoctrinate us with the propaganda that this society is based on equality and the rule of law. Yet we pay the most and get the least, and trying to exercise our so-called rights becomes a monumental task.

There is a cottage industry to help the houseless, poor and those of us who receive public assistance. But just like in “Confessions of an Economic Hit Man,” the billions of dollars raised for relief in Haiti or the funds raised by the Red Cross that were supposed to assist the victims of Hurricane Katrina – those funds never reach the people. Instead, the funds create jobs for a herd of non-profits that hide behind their tax exempt status like wolves in sheep’s clothing sucking scarce resources from the people they are allegedly helping.

Transitional housing providers are some of the wolves that suck the government resources meant to assist us poor people. California has a system of laws that are set up for individuals renting real property, enacted to protect tenants. These aren’t rights that landlords just gave tenants; they were hard fought by the people.

A rental agreement establishes tenancy. These simple contractual relationships are the pillars of the American housing rental market. This relationship is accompanied by a series of due process rights that are codified in the statutes. In order for a landlord to regain any rental property from a tenant, the landlord must use the unlawful detainer process, better known as the eviction process. This is the bedrock of a tenant’s rights in California.

Yet in the progressive blueness of Alameda County, very low income tenants find themselves victims of unlawful and illegal behavior by transitional housing programs that receive government funding. Most of the residents of transitional housing facilities are the poor, people of color and women, and we become marginalized – invisible as human beings not deserving of the bundle of rights that others receive. 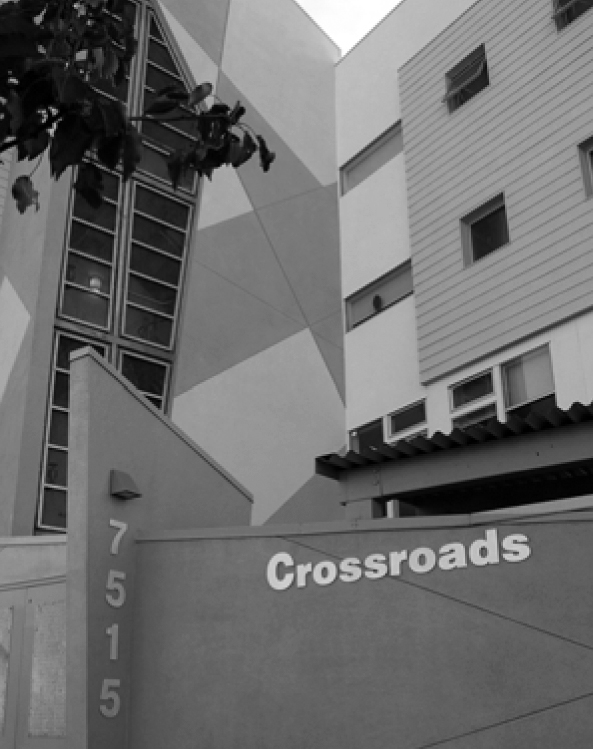 California Civil Code § 1940 defines renting residential property, and the landlord must use California Code of Civil Procedure §§ 1159-1170. Those sections give tenants a right to trial and notice of termination of tenancy before a landlord can file a lawsuit for eviction.

However, under no law can providers forcibly remove residents from the facilities without going through the legal process. A trick used by many providers to attempt to nullify a tenant’s rights is having residents sign a document waving their rights as tenants. According to Civil Code § 1953, that practice is prohibited. It is against public policy for a tenant to waive any right to litigation. The forcible eviction of human beings from their place of residence without due process is not only illegal, it is inhumane.

In 2007, after my unemployment insurance grant had been exhausted, I was having a difficult time finding employment. And as I got further behind in my rent, without the prospect of a job in sight, I decided to accept a relative’s offer to move in with them. After a few days, it became very evident that this living situation was not going to work, so I moved out.

In my previous employment at a local non-profit, one of my tasks was assisting Alameda County residents in defending themselves in evictions. I also assisted people in obtaining emergency food, shelter and transitional housing. Now it was me seeking the same assistance.

Alameda County offers general assistance to single adults without dependent children. If the applicants are homeless, they will not obtain a cash grant, but they are offered a bed in the Community Housing and Shelter Services (CHASS) program for 90 days. In the CHASS program, the participating housing provider receives cash aid for each GA recipient, which amounts to more than twice the amount of a normal monthly cash grant. If I had received the money the county paid the provider, I would have been able to stay in my original residence.

I was assigned a top bed on a bunk bed and a locker at the East Oakland Community Project (EOCP), a CHASS program located in the flatlands of East Oakland on International Boulevard. The rent, $720 a month for a bed and shared locker, seems kinda steep even in the Bay Area. The EOCP receives over $400,000 annually for providing space for the CHASS programs.

If I had received the money the county paid the provider, I would have been able to stay in my original residence.

It is abundantly clearly that GA recipient participants in the CHASS programs are tenants under California Law. Therefore, they are entitled to a basic modicum of due process. Yet in the “big I and little Yous” attitude of the transitional housing programs of the non-profit industrial complex, you basically have no rights the provider will respect. The position of many transitional housing providers is the California statutes don’t apply to their residents.

On many occasions residents of transitional housing have been forced out of their housing without any use of any legal process. Just imagine being kicked out of your housing or place to stay without any means and told to move your belongings. On many occasions, after the transitional housing provider accepted a tenant’s rent and assigned him a bed, they would evict the tenant for the most minor infraction of the rules. Things like disagreements with staff are grounds for forcible removal from the facilities.

In the “big I and little Yous” attitude of the transitional housing programs of the non-profit industrial complex, you basically have no rights the provider will respect.

Thirty-seven days into my stay in the EOCP facility, during a Saturday morning meeting with a case worker, I was ordered to take a drug test. The reason I refused was that the EOCP is a not a licensed drug treatment facility or medical facility. Also, I had concerns about the adequacy of the testing procedures and facilities and doubts about the legalities of both. California statutes don’t allow a county to drug test general assistance recipients unless drug test requirement have been expressly approved by the county board of supervisors. Alameda County has not enacted a drug testing requirement for general assistance recipients. 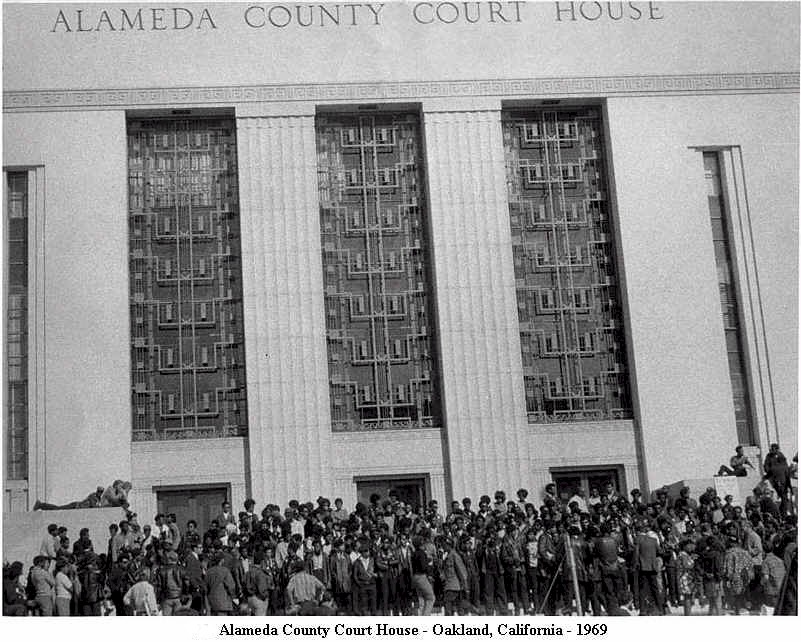 This is a prime example of what happens when you live in transitional housing: We become less than an adult. No longer are we allowed to make choices for ourselves. Staff decides how you spend your day, what you eat and who you see, when and where you urinate. It is like being on parole or probation. Our crime is that de facto crime of being poor and homeless.

When presented the option of being subjected to an intrusive and illegal test or getting put out on the streets, it can be a difficult decision. Imagine a mother with kids, a disabled person or an elder being presented with that choice. Or how about being forced out onto the street during the cold wetness of winter? It is easy to understand why many refuse to participate in any transitional housing program. The residents are automatically criminalized, marginalized and dehumanized.

After a 30-minute interview, the staff at the transitional housing facility become experts on your life and know exactly what you need in order to straighten out your problems. Now most of the time these programs don’t really help folk, but they do provide jobs in the non-profit industrial complex.

The primary purpose is not to help people but to create jobs and a cottage industry of poverty pimps that suck the life, resources and humanity out of us. How does the $24 per day the EOCP receives from Alameda County Social Services help the tenant?

We need real housing, not overpriced rented bunk beds and lockers in a crowded facility.

A political stand is necessary to shed light on the way the non-profits like the EOCP violate the rights of their residents. “Power concedes nothing without a demand,” said Frederick Douglass.

I filed a lawsuit against the EOCP in pro per. However, I am not under any illusion. I know that I am the underdog in this action. The defendant has an annual budget of several million dollars. In additional, they are represented by the Narayan Law Group, an insurance defense firm that represent municipalities in police misconduct cases. The courts throughout United States history have not looked favorably on the rights of the poor and people of color, but rather favor corporations over individuals.

We need real housing, not overpriced rented bunk beds and lockers in a crowded facility.

Being outnumbered and outgunned is a situation that people like me are used to. What gets us moving is the belief in the power of the people. This case is a referendum on the unlawful conduct of the non-profit industrial complex that takes our resources and still disenfranchise us and treats us has second class human beings.

My next court date is Friday, June 11, at 9 a.m. in Department 25 of the Alameda County Superior Court, located at 1225 Fallon St. in Oakland. Please show up. I need the support of the people in this struggle for the humane treatment of CHASS program recipients.

Leo Stegman is a long time revolutionary reporter and poverty skolar with POOR Magazine and Poor News Network. To get involved in POOR or become a community journalist yourself, enroll in the upcoming session of PEopleSkool. The first day of classes is June 15. For more information, email deeandtiny@poormagzine.org. Full scholarships are available for low-income youth and adults.