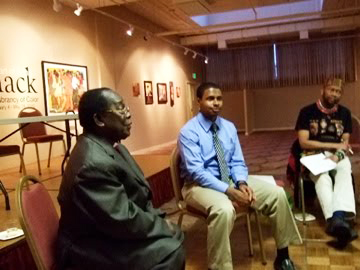 On Monday, May 26, Ugandan Bishop Christopher Senyonjo, fondly known as Bishop Christopher, spoke to a circle gathered round him at San Francisco’s African American Art and Culture Complex. He explained his counseling work with LGBT youth, his advocacy for LGBT rights and his opposition to Uganda’s infamous proposed Anti Homosexuality Act, a.k.a., “Hang-the-Gays” bill, which has caused alarm at the Western Christian Right’s globalization of the culture wars.

The next evening, on Tuesday, May 27, Andrea Shorter introduced Bishop Christopher as a defender against gay genocide to a crowd at the San Francisco Lesbian Gay Bisexual and Transgender (LGBT) Center, which gave him two standing ovations.

Having followed the story of LGBT repression in East Africa, with particular attention to the role of Rev. Rick Warren and the President’s Emergency Plan for AIDS Relief (PEPFAR) for almost two years, I attended both nights.

The bishop said that he began counseling LGBT youth when someone asked if he could help some LGBT kids who felt so ashamed of their sexual longings that they imagined God had abandoned them and they didn’t deserve to exist. Uganda is a very religious, very Christian country, he said, so it was devastating for them, as it would be to most Ugandans, to feel that God had abandoned them. He talked about assuring these kids that God had not abandoned them, about sharing his more loving interpretation of the Bible, emphasizing the gospel of the Apostle Paul, and encouraging them to love themselves.

Some, he said, had been near suicide when he met them, but now they love themselves and are doing well. 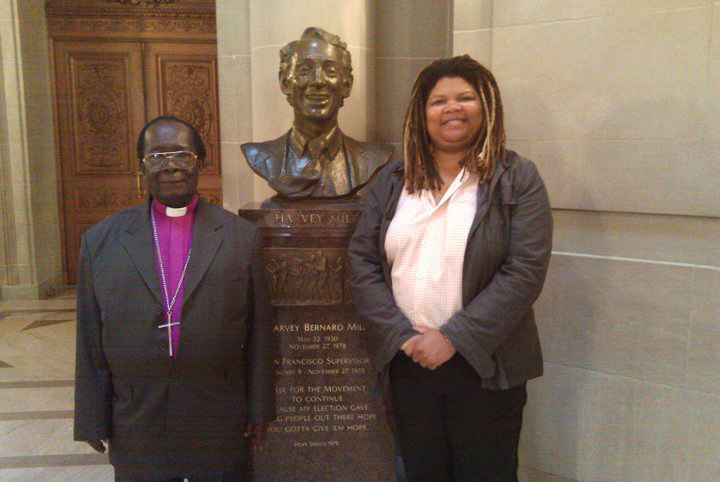 His stories resonated with reports of gay teen suicide statistics here, three or even four times higher than those of heterosexual teens, with the specter of gay suicide in the 2008 film biography “Milk,” and with Harvey Milk’s 1978 “Hope” speech, in which he talked about gay kids on the verge of suicide and said, “You’ve gotta give ‘em hope.”

The Bishop also spoke to Article 13, an excuse for wholesale human rights abuse in Uganda and the one provision of Uganda’s infamous proposal to penalize acts of “aggravated homosexuality” with death by hanging, Uganda’s state execution method. Thanks to international pressure, it now seems likely that the Ugandan Parliament will throw out the gay death penalty and the rest of the Anti Homosexuality Act, except for Article 13.

However, Uganda’s Anglican Church has already defrocked Bishop Senyonjo and canceled his pension and, if Article 13 alone becomes law, he could face arrest and imprisonment upon his return from his American tour.

(b) funds or sponsors homosexuality or other related activities;

(c) offers premises and other related fixed or movable assets for purposes of homosexuality or promoting homosexuality,

(d) uses electronic devices which include internet, films, mobile phones for purposes of homosexuality or promoting homosexuality, and

(e) acts as an accomplice or attempts to promote or in any way abets homosexuality and related practices; commits an offence and is liable on conviction to a fine of five thousand currency points or imprisonment of a minimum of five years and a maximum of seven years or both fine and imprisonment.

(2) Where the offender is a corporate body or a business or an association or a non-governmental organization (NGO), on conviction its certificate of registration shall be cancelled and the director or proprietor or promoter shall be liable on conviction to imprisonment for seven years. 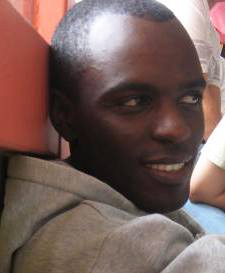 Article 13 would thus criminalize not only the LGBT rights defense work of the Bishop’s NGO, Integrity Uganda, but also that of human rights organizations including Amnesty International and Human Rights Watch, which created this podcast on the Anti Homosexuality Act:

The Bishop predicted that even if the rest of the bill is discarded, Article 13 will create a spy state, cause an exodus, gay and straight, from Uganda and make way for wholesale human rights abuse. Human rights defenders would have to leave the country or face prison.

Human Rights Watch and the bishop both confirmed what the Bishop’s young friend, gay activist Frank Mugisha, and Solome Nakaweesi-Kimbugwe wrote in “Bahati’s Bill a Convenient Distraction” on Pambazuka News in 2009:

“The bill is clearly a diversion from the serious issues facing Uganda’s policy-makers today in the lead-up to the 2011 elections especially around livelihoods; poverty and the lack of jobs; electoral reforms; lasting solutions to the northern Uganda peace process; political conflict; ethnic tensions and the unresolved land question; high rates of violence against children and against women (perpetrated largely by heterosexual men); and the ongoing impact of HIV/AIDS. It also poses a serious threat to press and academic freedom, human rights activism overall …”

Will Obama, Clinton, the Senate Foreign Relations Committee and the rest of the international community object to the passage of Article 13, which would make way not only for severe LGBT persecution but also for wholesale human rights abuse?

They haven’t yet, so someone may need to bring it to their attention.

Uganda and the U.S.

In March, Ugandan American Milton Allimadi, editor of the Black Star News, wrote, in “Peace in Uganda Via U.S. Bullets and Bombs”: 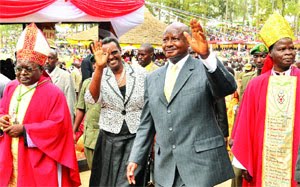 “Despite harsh condemnation from U.S. legislators in response to Uganda’s draft bill criminalizing homosexuality, the Senate passed a bill in mid-March that will prop up Uganda’s government by authorizing military action in the highly volatile region of Central Africa.”

The LRA (Lord’s Resistance Army) Disarmament Act not only authorizes but also funds military action and rebuilding in war-torn northern Uganda, though the Acholi people there begged Obama not to fund any further military action against the LRA, which they said would only lead to more violence.

The Lord’s Resistance Army is the U.S., U.K. and Uganda’s excuse for military offensives in northeastern D.R. Congo, just as the FDLR is the U.S., U.K. and Rwanda’s in southeastern D.R. Congo. Every time U.S. military advisors help the Ugandan Army, the Ugandan People’s Defense Force (UPDF) organizes an offensive against the Lord’s Resistance Army (LRA) militia in northeastern Congo, another thousand or more Congolese people seem to die, after which U.S. military advisers scratch their heads and ask what went wrong. Now the Acholi people of Northern Uganda have warned that the offensive the USA has funded against the LRA there will only fuel more violence.

Rwandan exile writer-blogger Ambrose Ntezimana wrote, in “Using rebels as a pretext to clinging onto power and illegally exploiting African mineral resources,” Rwandan and Ugandan leaders, if they did not have existing rebel movements publicly against their dictatorships, they would create them. They need them to justify clinging to power. This serves their purpose, staying in charge, and at the same time serving their masters, at the expense of their citizens.”

The U.S. is a longstanding financial and military supporter of both Uganda and neighboring Rwanda; both Ugandan President Yoweri Museveni and Rwandan President Paul Kagame make their soldiers available to the Pentagon as proxy warriors in Iraq, Somalia, Sudan, D.R. Congo and wherever else the U.S. feels they need to project military force in Africa. The U.S. State Department, like Human Rights Watch, Amnesty International and the Wikipedia report that the Museveni regime’s human rights record is atrocious, including torture, child labor and 13 security agencies, some accountable to Museveni alone, which are responsible for disappearances, abductions, “extrajudicial killings,” and press harassment and arrest.

“The African Church is the only one that is still standing against homosexuality. The Europeans are finished. If we follow them, we shall end up in Sodom and Gomorrha.”

Bishop Christopher, on both evenings, thanked President Obama and Secretary of State Clinton for speaking out against the Anti Homosexuality Act, even as he warned that Article 13 still stands a good chance of becoming Ugandan law.